Bipolar and Relationships: When I Experienced Gaslighting 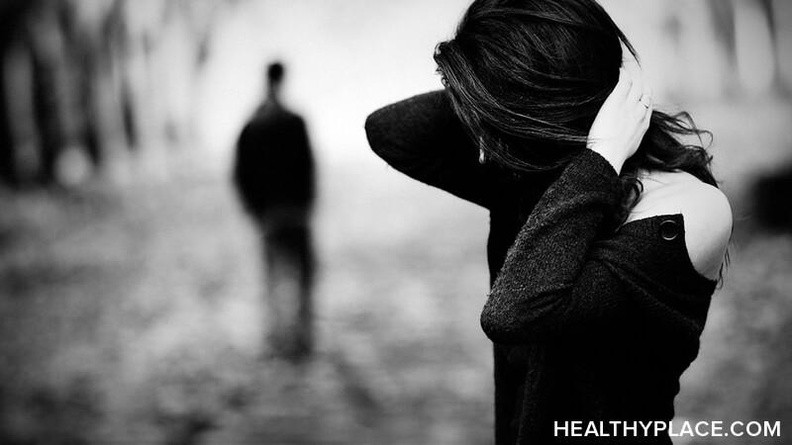 Bipolar and relationships can be difficult for various reasons, one being a partner using bipolar disorder as a way to maintain control in the relationship. I'd like to share my experience with gaslighting and the signs to be aware of in your present or future relationships.

If you're not familiar with the term, "gaslighting," it came from the 1944 movie "Gaslight," starring Ingrid Berman. It's a form of manipulation, an abuse tactic, that causes an individual to question themselves, their memory of things and in the case of mental health, their condition.

Gaslighting in a Previous Relationship

"Am I crazy?" I asked my best friend that question the morning after a relationship, filled with mental abuse, finally came to a dramatic end. She replied with tears in her eyes, "No Hannah, you are not crazy at all!" (Read Gaslighting: Designed to Destroy Your Sanity)

The relationship was rocky from start to finish, but the passive manipulation slowly increased over time. The first incident in which gaslighting was evident was when I accused my ex of lying about spending time with a specific girl when he went to the beach for a trip. His behavior and lack of communication suggested lying, if not cheating was involved.

When I confronted him, he defended himself by suggesting that my bipolar condition was ruining our relationship. Conveying the idea that I made up situations like this in my head and my mood disorder was causing a delusional way of thinking. I felt guilty and insecure, until two nights later I heard his phone ring with a text from the girl I mentioned in our argument. As I scanned the previous messages, I found that I was right about everything and had the proof in my hand.

The situation I laid out was entirely justified, and I realized he was using my mental health condition to cover up his lies. After he begged me to stay with tears in his eyes, I regrettably decided to give it another chance. The gaslighting increased and at the end our relationship, he put me in a situation where my bipolar disorder was used against me and jeopardized my future. An incident that will be revealed in a future post or video, being that I am not ready to talk about it publicly.

Signs of Gaslighting in a Relationship

In my previous relationship, my ex-boyfriend would try to justify his actions and divert the conversation to confuse me. These are signs to be very aware of, especially when you live with bipolar disorder. Go with your instincts and communicate your concern to a close friend, relative or therapist. A major part of managing my mental health is surrounding myself with honest and positive people. In my next relationship, if signs of gaslighting are even slightly present, I know to end it immediately.

Have you experienced gaslighting in a relationship? Please share your experience or do a response video and send it into info@ healthyplace.com.

Bipolar 2 Disorder, Binge Eating and My Body
My Bipolar Breakdown: Could I Have Prevented It?
Bipolar
November, 28 2021 at 11:57 pm

I'm bipolar, and recently discovered that my father's executor, a relative, has been hiding financials (possibly embezzling?) and manipulating me for power and control of $$$ gain. When questioned, his retort is, "You are crazy and imagining things " Uh, serving me at a fake address, repeatedly, cannot be imagined. It is a court document filed in probate--not an abstract concept. Funny how they trot out the CRAZY label when it suits them instead of facing their illegal acts like a man should!

After trying to claim my leaving her was my own idea rather than her yelling at me to leave I showed her evidence that she is doing things that hurt me. She got confused and cooperative but within 10 minutes was right back into trying to bring up unrelated things as problems or Intentionally misinterpret events to show I was being mean.
Is she actually forgetting things like her near apology?

My boyfriend is bipolar and he keeps his bedroom hot and sleeps under several blankets. My question is is this something to do with being bipolar or something else

JC
Our son has been diagnosed with Bipolar 1, lost a fantastic job, crashed into homelessness in less than 4 months. We tried to help, he had insurance for private treatment but he wouldn’t use it now we just can’t do anything because he threatens to kill us. I haven’t read anyone’s story that included that element “death threats” or even violence, so my thought is he must have more than Bipolar 1? He is an alcoholic. Thus, my second thought is: we just stay away like he asks because it’s not worth the possibility he actually means the threats and can’t likely carry them out because we live 2,400 miles away. from him.
I Am Bipolar vs. I Have Bipolar
Scorpire
He might come back, just give it time. I know it's hard because I am going through it myself at the moment. This is the 8th time this same person has ghosted me. She has Bipolar 1 and it's very difficult to deal with, but I love her ETERNAL and that is why I always take her back into my life... when she is ready. It's very hard to handle being on the recieving end of it! You have to give them their space and time to heal. Hopefully he comes back... just wait and see. Keep busy in the meantime, it will help alot! :)

Bipolar Disorder and Ghosting: It's a Big Problem
l
So glad I found this page, it's like the support group and therapy i never had. I'm going thru the exact same thing, still grieving, still hurting. I wanna let go but can't. Part of me wants to be there with him, yet part of me feels like i trigger him. He's gone from the sweetest being to pushing me away overnight, and he's not coming back. Whilst I know it's for the better of me too, i still worry for him. Sadly he now treats strangers better than he does me. He responds and shows up for them but ghosts me. He knows it hurts me and continues doing so. I just wish i could let go
Bipolar Disorder and Ghosting: It's a Big Problem
Leigh
Hey, I know it hasn’t been that long but are things any better? It’s been almost 2 years now and I swear I can just think about it all at any given time and start sobbing.. grr I always look sad and scared now, because I am 😞 I never used to be scared or I could always force myself, I don’t know how to live again now life is just pain management and trying to be ok but I’m failing
Bipolar Disorder and Ghosting: It's a Big Problem
Katelee
I appreciate it, I couldn’t justify ghosting someone I lived with because it’s what I need at the time then set new unfair boundaries on a long term relationship. If I get into another relationship one day or ever cared about a person in anyway I couldn’t do that to someone knowing how painful it is. I just feel used and hurt all the time and it’s cost me everything I ever worked for as far as emotional growth, self worth, career, mental health.. I never imagined how low she would sink and now it’s like everything I knew about this person I thought was forever was a lie.. it’s such a horrible way to live.. you can empower ghosting and silent treatment all you want it’s selfish and manipulative.. but I’m not here to hate on you.. I just want to feel normal and not have ptsd and be able to move on from the hurt
Bipolar Disorder and Ghosting: It's a Big Problem
advertisement