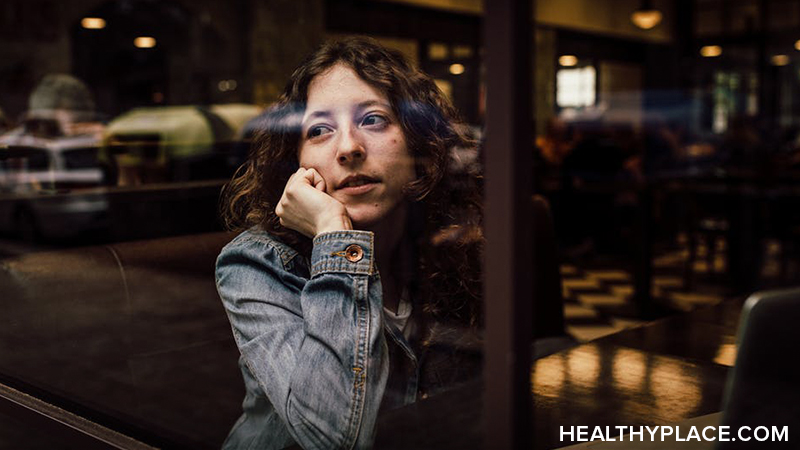 When I was newly diagnosed with bipolar II disorder, I had no idea what to do next or how to cope with it. No pamphlet or online program guided me through the process of dealing with a new diagnosis of bipolar disorder. The worst part was, even though I had finally received a diagnosis and started the process of treatment, I still felt alone.

Coping with a New Diagnosis of Bipolar II Disorder

Coping is dealing effectively with something challenging or difficult. When I received my diagnosis of bipolar II disorder, I had mixed emotions. I was confused, shocked, sad, angry and most importantly I was scared of what my future entailed as someone living with a mental illness. Sure, the doctor gave me the basics but never gave me any hope in living a healthy and enjoyable life with bipolar disorder as an individual. It is almost as if you are put on a road that only leads to a dead end.

As someone living with bipolar II disorder, I am here to tell you that a great life is possible. In my opinion, and based off the knowledge I have gained thus far on my journey living with bipolar II disorder, I believe the best way to deal with a new diagnosis of bipolar disorder is through education and by surrounding yourself with your peers. It is not easy to deal with because we are unsure of what we are dealing with and this is when education becomes essential for someone diagnosed with bipolar disorder. We struggle to cope with our diagnosis because we cannot relate to anyone around us, and this is when getting involved with your peers becomes vital to your success.

The first step is working towards getting the proper bipolar disorder treatment and being assertive. Look at it like a job interview, except psychiatrists and psychologists are being interviewed for the position of your doctor. Go in with questions, and make sure you have an idea of your goals with treatment. Next, begin to get active online and locally with the mental health community. Look for bipolar support groups where you live. It took me five years after my diagnosis of bipolar disorder to get involved with my peers, and when I did, I realized the positive impact it had on my mental health.

In 2018, we have many resources for individuals to learn about mental illness such as mental health blogs, mental health websites and social media platforms where advocates are heavily present. Start following and reaching out to these individuals. I get messages and emails every day from people who have recently received a diagnosis of bipolar disorder. People who reveal to me the benefit of following other advocates online.

In regards to educating yourself, research bipolar disorder as if you were doing it for a school project. In college, when I decided to write my senior paper on mental illness, I was amazed by the amount of knowledge I gained about mental illness past and present. It allowed me to define bipolar disorder on my terms which increased my confidence as someone living with a mental illness.

Coping with a diagnosis of bipolar II disorder is not easy, but it is possible to deal with it effectively.

APA Reference
Blum, H. (2018, June 11). Coping with a New Bipolar II Diagnosis and What to Do Next, HealthyPlace. Retrieved on 2022, July 2 from https://www.healthyplace.com/living-with-bipolar-blog/2018/6/coping-with-a-new-bipolar-ii-diagnosis-and-what-to-do-next

Traveling When You Live with Bipolar Disorder
Bipolar Medication Will Take Away My Creativity: True or False?

Karen King
I am bipolar and can’t seem to give it up either. I can go a days without it but when I am anxious (and that is quite often) a couple cigs sure does help. My husband said I had an illness with cigarettes you just can’t quit. I replied yes I do have an illness.
Bipolar Disorder and Cigarette Smoking: Why We Do It
LD
I’m sorry you are going through that. Your situation is certainly more complicated since kids are involved. Maybe talking to someone yourself, regardless if she joins you, will help you. Try to remember that you can’t control her behavior and what she does has nothing to do with you. Good luck!
Bipolar Disorder and Ghosting: It's a Big Problem
Trina
My bipolar bf has been gone for 3 weeks now ghosted me after 3 years deleted me from everything and is off running a muck with his friends getting high and sabotaging his whole life once again. I know this time is the last time I'm letting this continue. But it's hard being thrown away by someone you gave everything too. I don't know how to cope with this disease it's horrible on my mental health.
Bipolar Disorder and Ghosting: It's a Big Problem
B
Jilly G,

Thank you. I am going through the same. Kudos in regard to trying not to take it personally, but the fact I am coming to realize, is that it is personal. It is abuse -- toward you (us). They are abusing personally, and any anger, hurt, trauma, is fully justified -- in the same way we might feel if someone came up off the street and through a punch.

It is directed. It is personal. And it is abuse. While understanding can always help both parties, adults acting in this manner deserve no kindness from those they abuse.

Bipolar Disorder and Ghosting: It's a Big Problem
Jeremy
My mom has a mental illness she's not making an appointment to see a therapist and I would like her to make an appointment to see one she has a doctor and she's not telling her doctor she has a mental illness and I would like her to stop talking to me and no longer come in my room. Calls all her sisters on her phone and tells them there's bugs in parasites in the house and there is not and she comes in my room and tells me that nonsense and there is no bugs and parasites in my room and I'm getting sick of her stupid bug and parasite nonsense.
Bipolar Disorder and Ghosting: It's a Big Problem
advertisement