Living with Bipolar Disorder: You Are Not Alone 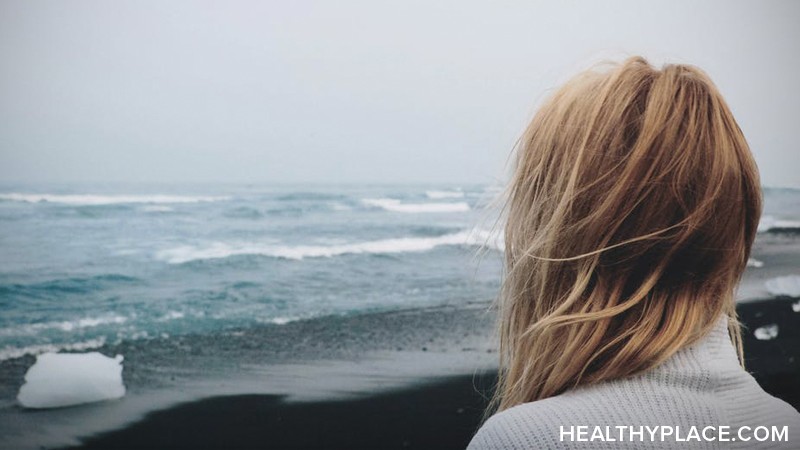 Why Do We Feel We're Alone with Bipolar Disorder?

When I received my diagnosis of bipolar 2 disorder, it was almost as if I was slipped a note under the table with a box checked yes for bipolar disorder and text beneath it saying, "Shh, don't tell anyone." It makes sense that a majority of people living with bipolar, depression, anxiety or any mental health condition feel alone in this world - regardless of statistics (Living with the Stigma of Bipolar 2).

As someone who has always been socially active, for many years after my bipolar 2 disorder diagnosis, I still felt alone; even when surrounded by lots of people. It was not until I began doing research on mental health and getting involved in mental health advocacy that I started to see that I am not alone as someone who lives with a mental health condition.

Realizing You are Not Alone in Living with Bipolar Disorder

I met beautiful individuals living with bipolar disorder. People, I would hang out with even if I met them outside of volunteering in the mental health community. It was comforting and inspiring. When I decided to become a mental health advocate, family members and close friends opened up to me about their struggle with mental health. It is not necessary to be open about bipolar to feel as though you are not alone. Blogs and social media are great tools for finding individuals who live with a mental health condition. Concluding that you are not alone is life changing because you don't feel so isolated in your way of thinking and living. This type of realization is a gift, and will also help many individuals seek treatment without feeling ashamed.

How I Accepted My Diagnosis of Bipolar 2 Disorder
What is it Like Waking Up with Bipolar Disorder?

Germaine
I am going through nthe exact same thing. My man claims he loves me and he never had anyone like me in his life !!! His mom and brother passed away recently. He is has been extremely intoxicated for days now. He speak to me or see me. Now he has blocked me from his social media. I have my own problems to deal. Not to mention I am raising my four sons. His illness is depressing me. I can not have anyone stressing me out like this!!!!
Bipolar Disorder and Ghosting: It's a Big Problem
Zimmer
Friend, that sounds like mania. And the delusion that it’s ok to suffer like this is part of it. As someone who’s struggled in denial for years: give it a shot. Seek help. From all my heart.
Bipolar Medication Will Take Away My Creativity: True or False?
Dee
100% - my partner ghosted me after telling me he wanted to spend the rest of his life with me the day before. Blocked everywhere. Now I found out that he is seeing a girl he met in the two weeks he was in hospital (he was missing on the streets for a month before when he got sick) - I am devastated to say the least. Clearly this is something a healthy person doesn’t do. He was terrified of being hurt and left when we got closer: it came out of nowhere. I reassured him and it made no difference to his distress: two points to make, he hid a drug addiction and his bi polar diagnosis from me. So as you can imagine it hit like a bomb when it happened. His family informed me after it all went belly up. I’m at a complete loss and I’m trying to just process this one day at a time. We were together for a year and a half and were inseparable 😢
Bipolar Disorder and Ghosting: It's a Big Problem
Sterling
Do people in an episode appreciate kindness and/or encouraging messages here and there while in an episode/pulling away/being closed off? Even if they may not respond?
Bipolar Disorder and Ghosting: It's a Big Problem
Staying strong
Ryan, just curious if you 2 are back on track. I too have been educating myself on BP. My husband just snapped one day, April 28 & told me he hasn’t loved me in months & wants a divorce. We are at 2 months now & he basically ghosts me when we aren’t together & he travels for work. I know he isn’t a cheater so I just accept & go on living my life. I don’t reach out because the lack of response will feel like rejection. It’s very sad and lonely. I feel like my wonderful, loving husband died & I’m mourning his death. The man that comes home & chats with me isn’t my husband. The guy I know & love told me daily how much he loves me & left vm’s constantly of how much he loves me. Now he talks about how we can be friends once we do or e. I’ve hired an atty. either we’ll get back on track or divorce. Who knows. He had an episode like this 5 years ago and we did divorce & I moved out. We were apart only a few weeks & he begged me back. It was a crazzy roller coaster ride for almost a year. I thought he learned and we have had a wonderful life since then. I now realize he has bp. I didn’t know at the time & it was extremely painful. Now I know more & am handling it much differently. His mom always causes tons of stress in our marriage. Now I realize she has it too! I know I should run….FASSST. But I’m committed & am determined to stick it out. I actually feel sorry for anyone in that much pain & emotional despair.
Just remember if you try having a reasonable conversation with a person who is ill, it won’t be a reasonable conversation. They have no filter & may say something hurtful, so save it until they are well again. I have a journal I vent my feelings & it feels better. I also now have a therapist to talk to & she helps me as well.
GOOD LUCK TO ANYONE GOING THROUGH THE NIGHTMARE!
Bipolar Disorder and Ghosting: It's a Big Problem
advertisement