Admitting a Child to Inpatient Psychiatric Treatment: A Parent's Perspective

Four years ago, I admitted my then-six-year-old son to an inpatient psychiatric hospital. Much has changed in four years, but reading my thoughts from the time brings it all back. It's an experience I wouldn't wish on any parent; one I hope I never have to live again. 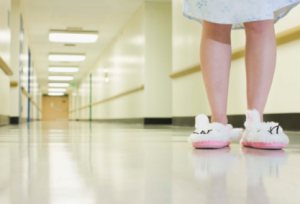 I have a call in to a local children's psychiatric hospital about admitting Bob on the acute-care unit in the very near future.

Things have been getting worse over the past couple of weeks. The last time I picked him up from (his father's), he was a snarling, angry, hateful little boy who kept talking about his dad going to jail and it being my fault, and he was going to hit me in the stomach for it. He started repeating the same annoying sound over and over again and when I asked him to stop, he gave me a mean laugh and said "daddy told me to do that." And so on and so forth.

The weekend was rough. He spent a good part of it in time out for one transgression or another. He frequently growled and yelled "I hate the world!" and "I hate all humans!" and "all mommies should shut up and go away!"

Yesterday, the principal called at noon. Bob was being suspended for the day. When I got there, he was pacing the office like a caged animal. He refused to come with me. It took both of us to remove him from school and get him into my car. I then had to physically hold him in his seat for 45 minutes to keep him from getting out and running off. He kicked me, tried to bite me, and slapped me (hard) across the face. I took him to my office where he snarled at me until (husband) came to take him home. 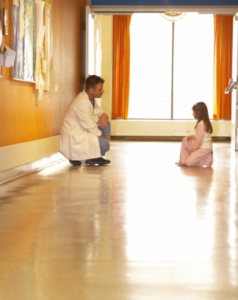 Today, he said he was ready to go back to school. We met with the principal and he apologized and said he was ready to do better. I emailed his teacher around 1:00 and found out today hasn't been much better, and the other kids in his class are becoming afraid of him. I suggested he not go to art class (he doesn't like the teacher) and got a reply back that he'd slapped another kid and was back in the office, and wouldn't likely be going to art.

I don't know what to do. Therapy hasn't helped. The courts haven't helped. Psychiatry hasn't helped, because you can't spend 10 minutes a month asking a 6-year-old how he feels and expect to get the whole picture. There's only so much I can do, because in Bob's mind, I'm the problem. And he cannot go on this way.

Which is why I made the call.

The thought of taking my baby somewhere and leaving him, even if only for an overnight or a few days . . . Jesus. It's killing me.

Hi Stephanie,
Thank you for stopping by to share your story and your kind thoughts with other parents. I agree that the thread seems to be the same. There are many families with children. teens and young adults all looking for a place to help. The good thing is those behavioral hospitals exist. The tough thing is that you need a recommendation from within the system (or from other parents) or you have to locate one yourself. I'm not sure what state you live in, but you can start with your state's website in the health section to get started. You can also check out the American Psychological Association or the American Psychiatric Association for hospitals that may help. I know that it isn't an easy thing to find the right services for a child, but when you do, wonderful things can happen. I'm also struck by your ability to send positive thoughts to other parents. Thank you so much for visiting and please come again soon. :)

I'm a mom with a 13 year old daughter who I have in the hospital right now. I called everybody in our county to get help and no one seems to be able to help me. My daughter is very violent towards us at home and the people at school including the staff. Yes, she's on meds. Yes, she sees the psychiatrist and also has counseling and TBS services and it's not helping. I called CPS myself because when I went to pick her up from the hospital the other day. She told the nurse that she was going to kill my husband. They kept her for 12 more hours and then released her. She ran immediately and the police had to be called. The police brought her home. CPS met us here and her counselor. My daughter destroyed my house in front of CPS and her counselor. told the counselor if she did not get out of her way, she was going to stab her with scissors. The police finally came and put her on a 5150 hold again. (I called CPS because I was scared to pick her up) CPS' answer for this was to find a family member she could stay with. I'll explain to CPS I didn’t think it was fair to put that off onto another family member. I need to know how to get my daughter into a in-patient treatment center ASAP.

Hi Ashanti,
I'm sorry to hear about your situation. I'm not sure where you live (you mentioned 5150 so I'm thinking you're in California). I'm confused as to why the counselor or TBS services has not referred her to an in-patient center. You can try going through your insurance or through the counselor. With her hospitalizations and frequent run-ins with the police, she should be able to get into one. I'd look up pediatric psychiatry wards near you and see if there is an in-patient residential program attached to it. Then call the social worker to find out what the requirements are to get your daughter in. I'm sorry that I can't help more. Different states have different policies. Please keep me posted and visit again soon. Hope this helps.

I am desperately searching for treatment for my 12 year old daughter. She started cutting about two years ago and has maintained it was only release cutting. Yet I have received pictures from her friends and concerned phone calls stating that she is in fact very suicidal. There seems to be a lack of programs that could help her and us as a family

Hi Danie,
Thank you so much for sharing your story. In regards to your daughter, if her friends are telling you that she is suicidal (and you feel she may hurt herself more), it is time to take her to the hospital. At the very least, she should be in therapy with someone specializing in dealing with those who cut. I'm not sure of where you live, but I recommend the hospital first to evaluate her suicidal intent. Then you can request a connection to services near you. You can also go through your insurance to find a therapist that can help. The fact that you're actively seeking help for your daughter tells me that you're a great mom. Keep going and continue to advocate for your daughter. Please come again soon.

I too have an 11-yr old that we're on the verge of checking in to a behavioral hospital. He doesn't seem to care, be afraid or worried. We're at our wits end. He becomes explosive and aggressive and has made life impossible. He also is OC a hypochondriac. With other kids w/good behavior vying for attention, this child monopolizes every hour of our day. We cry every day for God to give us some other choice, but the behavior becomes more and more agressive and outragous. He has become insomniac and stays up half the night and he has to be supervised. We are EXHAUSTED! We love our child, and feel we have lost him. :-( Any thoughts?

Hi Anguished Mom,
I truly feel your pain. Parenting a child with mental illness who requires so much attention is so hard. And running on little sleep means you're running on empty while having the same responsibilities. You mentioned that he is aggressive and is an insomniac. I wonder if your son is on medication at all. If he isn't, I'd recommend it because the lack of sleep is NOT good for a child who is aggressive and explosive. Anyone that goes without sleep has a very low frustration tolerance. Much more so a child that has such behavioral and emotional issues. If your child IS on medication, it may be time to change the dosage or the medication altogether. Over time, people build a tolerance for medication where the same dosage that worked before stops working. It is time to re-evaluate your child's needs to see what can be done to help him. A behavioral hospital can be an option, but that too will have it's challenges. Good luck and please come visit soon.

Man I wish we could meet in person. I am dealing with the same thing with my 11 yr old. I am to the point where I am seriously considering sending him to a behavior center. My husband (stepdad) has threatened to break up after 7 years of being together because my 11 yr old just can't or won't stop causing problems. I'm at my breaking point here. My heart goes out to you :)

Angela: My heart goes out to you. You describe the situation very vividly. I have been on both sides of this equation and I think it is harder to be the one doing the committing. You feel so much pain, and also such powerlessness. Good luck, Alistair

I'm so sorry you are going through this. Although my son doesn't need to be hospitalized I'm sure there are people here who have had there kids hospitalized. So you are not alone. It must be a very tough situation. Does his father help you at all? If he does need to hospitalized know that you are doing it for his own well being.
Michele