Watching and Waiting for Signs of Child's Bipolar Mania

This afternoon, I submitted Bob's draft 504 plan to the school counselor (who serves as their IEP/special ed coordinator). Now, I suppose we sit back and see what comes next. 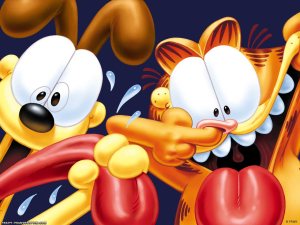 Typically, this is the time of year when Bob shifts from depressed to manic. When he bounces around the family room every evening, from the sofa to the chair to the other sofa until one of us tells him to sit the Hell down. He runs from room to room looking for something to do. Everything is hilarious. Everything irritates him. He's either rolling on the floor laughing (literally) or screaming and throwing things in anger. There is no middle ground.

Not coincidentally, this is the time of year I start getting phone calls from the office, where Bob is usually cowering like a feral bobcat (ha--"Bob"cat) under a table in the principal's office. Or he's running around somewhere in the school and staff are looking for him. Or he's just thrown a chair at the principal. Or all of the above.

So far, we've gotten through Week 2 of the second semester unscathed. Yes, it's still early. Yes, there won't be a "full" week of school for still another week. Yes, Bob's regular classroom teacher just returned and there's probably a "honeymoon period" to get through. 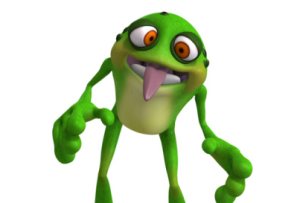 Yes, Bob has, in the past couple of days, seemed a bit more...wound up. He's not getting up at 5:00 a.m., but he's rising on his own at 7:30 (rather than having to be shaken awake by me). School let out at noon today, and he spent his first two hours at home arguing with his brother (not that this is a new development, but he seemed more easily agitated).

But--he's still done remarkably well at school. So far, he's had "all smiley" days and no trips to the office. He's doing his homework and his chores without argument. He hasn't yet reached the point where he's so unpleasant to be around, we all start making excuses to stay away from him.

So when we met with his psychiatrist this morning, I told her I saw no reason to make any adjustments. I may be kicking myself in the head next week, or the week after, but I hope not. His next appointment is in March (we can, of course, call sooner if anything changes).

In the meantime, I'll be here, waiting for the other shoe to drop--as usual.

APA Reference
McClanahan, A. (2012, January 13). Watching and Waiting for Signs of Child's Bipolar Mania, HealthyPlace. Retrieved on 2022, August 9 from https://www.healthyplace.com/blogs/parentingchildwithmentalillness/2012/01/watching-and-waiting-for-signs-of-childs-bipolar-mania

Organization Skills and Children with Psychiatric Illness
Admitting a Child to Inpatient Psychiatric Treatment: A Parent's Perspective
Carmen morales
June, 6 2016 at 3:24 am

Hello I have a 12 year old son he's been out of control since 4 going to therapy all his life and in home therapy as well and it just hasn't helped he just has become so cruel and disrespectful no matter what I do having a structured home discipline and he still doesn't follow and now he vandalizes out side of home speaking cruelty and using bad language I need serious help iam afraid sometimes that he might lose control of himself and I can t stop him plz does anyone have any advice that I can do ...