People with schizophrenia and schizoaffective disorder deal with stigma every day, but they have to deal with ableism as well. Ableism assumes that everyone functions at the normative capacity; and that’s just not true, including for people with a mental illness. For example, a facility without a ramp for people who are in wheelchairs would be a place of ableism. Ableism can also mean teasing someone with schizophrenia about leaving a party early. But self-inflicted ableism and schizophrenia and schizoaffective disorder can be the worst stigma of all.

Self-inflicted ableism affects me in so many ways. I beat up on myself because my schizoaffective disorder makes it hard for me to cook or clean outside of taking out the 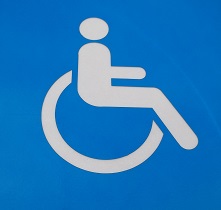 garbage. In fact, taking out the garbage regularly is what I do to feel capable of domestic chores. My husband does the cooking, and as for cleaning, well, our apartment just isn’t very tidy.

I do believe in self-care, which can be very hard for people with schizoaffective disorder or schizophrenia. I shower or bathe every day and, recently, I have even been wearing makeup. It took me awhile to get to this point with self-care, though. I used to avoid bathing or even brushing my teeth for days at a time. Now I brush my teeth at least once a day. Just feeling capable of accomplishing these simple tasks reinforces doing them. I want to be clear here that I don’t think it’s good that my apartment is messy or that I can’t cook or that I used to not bathe for days on end. It’s just that ableism works to shame me for what I cannot do, and does not allow me to feel proud of myself for getting up in the morning (as opposed to sleeping all day, like I used to do, another common symptom of schizophrenia) and taking a shower. Ableism does not allow me to feel capable because I took out the garbage. Ableism says, “You do not have a right to be proud of those things, you should just do them without question.”

I’ve written about feeling overstimulated at parties and wedding receptions (even my own wedding reception). But some people, even people in my extended family, just don’t get that that’s what’s going on when I say I have to leave. I know they mean well by wanting me to stay. They just don’t get that the crowd and all the noise and cacophony is wearing me down. I know they don’t mean to be ableist by saying, “What’s the matter, why can’t you stay, people just started dancing?”

My immediate family and my husband get it. And I know now that I can trust people to catch on. One of my mom’s cousins has been around me so much that she sympathizes when I have to go. And I have another cousin who totally understood when I couldn’t come to his and his fiance’s housewarming party. I don’t blame other people for being ableist—it’s hard to understand why someone would want to leave when you’re having so much fun. People like the two cousins I just mentioned offer a huge refuge. My husband and I even joke about it: I always want to leave the wedding reception before they cut the cake because I’m anti-cake. It’s good when you can joke about it.

Schizophrenia, Anxiety, and Hearing Voices
Schizophrenia and What a Psychotic Episode is Like
Allie
May, 29 2018 at 11:03 am

I think this was one of the more helpful explainations of abelism that I've heard. I really appreciate your perspective and willingness to share.