How a Mother’s Death by Suicide Affects Others

A suicide affect many, especially when it's a mother's death by suicide. My mother had many problems in her life. She was mentally ill and had to endure a lot of harsh judgement, embarrassment and shame in her life and, being her children, so did we. Not only was she mentally Ill, but she was also an addict and alcoholic. It was something that was never discussed or acknowledged by family members and we never shared our secret unless we really had to. My mother also died by suicide and the effects of this suicide are still felt a decade later.

My Mother’s Death by Suicide

My mother spent many years seeing different specialists and getting different treatments but to no avail. My Mom had numerous suicide attempts which we managed to stop just in time and we were always on guard trying to prevent her from harming herself. When she eventually did succeed, it devastated us despite the ongoing battle we had to prevent her from doing it. We were left trying to pick up the pieces with so much guilt and emotion as we felt we could have done a lot more for her even though we did our best with whatever coping mechanisms we had at that time.

How a Death by Suicide and Stigma Affect the Family 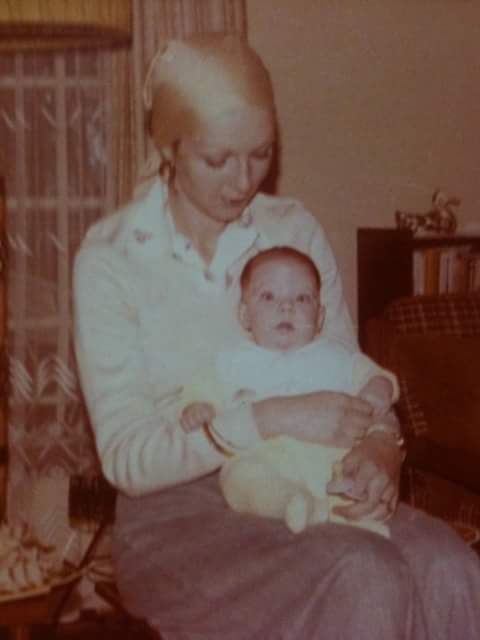 Since her suicide, 10 years have passed and we are still trying to pick up the pieces. It is something that never goes away. I decided to write Silent Illness to tell the world the truth about mental illness, clinical depression, addiction and being left behind to deal with a suicide. I wanted to put an end to the stigma, shame and harsh judgements we had to endure and to tell people that are going through the same or similar situations that they are not alone in this. They have nothing to be ashamed of and help is there if needed.

People who are suffering and considering suicide need to know that even though they feel alone, there are actually people who love them and they need to know that a suicide can have devastating effects on a family. Many are too afraid to admit having a mental illness due to the stigma attached to it and fearing judgement from others so they suffer silently and do more harm to themselves and their family by not getting help.

As a depression sufferer myself, I hope my story can make people more aware and to understand what it feels like to struggle daily, and realize that by my speaking out they can, too.

Julie de Jongh is the author of the memoir titled "Silent Illness," detailing her mother’s struggles with mental illness and the harsh criticism and stigma she endured which eventually led to her death by suicide. Julie lives in South Africa. She blogs about mental illness and provides peer counseling in her free time. Her website, Silent Illness Daily, is here. You can also find her on Twitter .

Tags: death by suicide effects of suicide on others mother dies by suicide

APA Reference
Author, G. (2016, May 17). How a Mother’s Death by Suicide Affects Others, HealthyPlace. Retrieved on 2023, January 28 from https://www.healthyplace.com/blogs/yourmentalhealth/2016/05/how-a-mothers-death-by-suicide-affects-others

Depression and Addiction: What to Do about Dual Diagnosis
How the Opioid Epidemic and Vicodin Use Spread Like Wildfire
Vanessa
June, 5 2016 at 3:39 pm

I have struggled with depression off and on a good portion of my life as well.
I am in a good place right now.
I have a different take on the issue. Of course I would miss my loved one if they took their life, and miss them dearly. But since Ive been there, I know that if it got so bad and they felt no way out of the pain and torment.....I can understand wanting to make it stop.
And I would be great ful their pain is ended ....they have found peace.

People need to realize that depression can be temporary and that better days can be ahead with time. I think the loss of hope and the feelings of no positive future is what keeps depression in a stronghold. Suicide is not the way out. Must strive for hope and a positive environment, if possible.

Couldn't have said it better myself