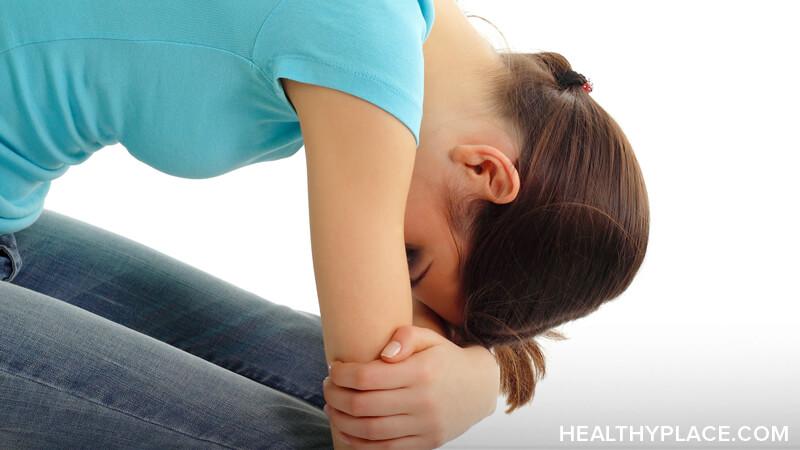 We've all been there -- professional setbacks happen to everyone from time to time. You're passed over for a promotion, you mess up on an important project, or you're hit with a poor performance review that you didn't see coming. Maybe you've even been put on probation or, worse, terminated from your position. Or perhaps you have a patchy work history and feel doomed to repeat a perpetual cycle of hopping from dead-end job to dead-end job, never finding fulfilling work or achieving your full potential. And professional setbacks can be a big hit to one's self-esteem. In some ways, the stakes are higher when you work with bipolar disorder.

Bipolar Disorder Plus Professional Setbacks Is a Volatile Combination

It's an unfortunate truth that people with bipolar disorder often struggle to find and keep stable work. This was true for me for several years after I graduated from college before I was diagnosed and began treatment for my bipolar disorder. I have never actually been unemployed at any time during my adult life, but finding and holding onto work was a challenge -- especially since none of the jobs I was able to get paid a livable wage. Even now that my professional life is becoming more stable and I am feeling more optimistic about my career prospects, I'm still on shaky ground as far as professional confidence goes.

A few months ago, I started a new copywriting job with a company that I love. I enjoy my work and my team immensely. In fact, it's the kind of job that I've dreamed of having ever since I graduated and that I was beginning to think I would never find. However, I recently received a less-than-stellar performance review.

While the issues that were raised are things that I can easily address and improve on, and my boss has made it clear that they are happy to help me with additional coaching and support, I would be lying if I said it didn't feel like a slap in the face. I'm having a difficult time coping with my internalized ableism, and I have fallen into the spiral of catastrophizing. I've been thinking to myself, "That's it. I've disappointed my boss, and I'm going to be fired. I'll never be able to hold a fulfilling job and grow a successful career, and I'm always going to be poor and underemployed."

While my rational mind knows that none of this is true and that everyone messes up at work from time to time, none of that is helping me steer away from the edge of a depressive episode. Nonetheless, I'm trying to lean into the coping skills I've been developing over the years to pull myself back up.

Learning to Cope with Professional Setbacks While Bipolar

Through several years of talk therapy and two years of professional psychiatric treatment, I am fortunate enough to have developed a few skills for coping when the professional hopelessness sets in.

I've learned that I catastrophize as a way to prevent myself from being blindsided by bad news. It's a coping mechanism that I developed in childhood to deal with an abusive home situation, but as an adult, it hurts more than it helps me. In truth, it's a form of self-sabotage; when I imagine the worst possible outcome to avoid being taken by surprise, it becomes a self-fulfilling prophecy. But understanding that on an intellectual level doesn't mean that I don't have to do the work to untangle years and years of leaning on this unhealthy coping mechanism to survive and replacing it with healthier, more productive ones.

One thing that helps me is to remember the stories of wildly successful people I admire who experienced failure and hardship before they achieved their dreams: Carrie Fisher suffered from bipolar disorder and substance misuse but still created an amazing career for herself as an actress, writer, and mental health activist. Toni Morrison was a divorced single mother who went to work two hours early each day so she could carve out time to write; she published her first novel at age 39 and went on to become the first African American author to win the Nobel Prize in Literature. Stories like these help me remember that I'm capable of overcoming my own challenges, too.

I also like to keep a running list of professional and personal accomplishments that I'm proud of to look back over when I'm down on myself or feeling like a failure. It reminds me that even though I'm still growing and learning and trying to find a strong footing, I have made a lot of progress in creating the life I envision for myself, especially since I got my bipolar disorder under control.

I still have a lot of work to do and a lot of things to learn (and unlearn) about coping with professional setbacks and work stress while effectively managing my bipolar disorder. But I know that getting to a healthier place is possible. If you're struggling, know that it's possible for you, too.

Drop a line below and tell me how you cope with professional setbacks while working with bipolar disorder.