What Is Coercive Control? 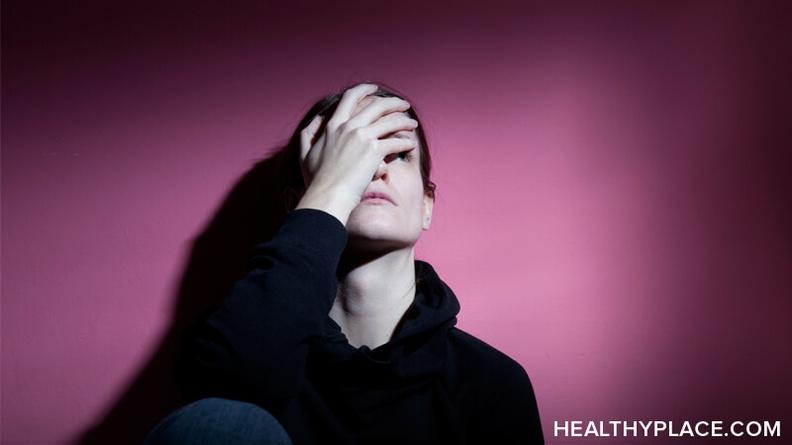 Most survivors of relationship abuse have probably not heard the term "coercive control," but they've almost certainly experienced it.

What is coercive control exactly? It sounds like something you might learn about in a defensive driving course, or perhaps a method of classroom management that teachers might employ to discipline unruly students.

In fact, it's a form of domestic abuse that slowly, psychologically diminishes the victim until his or her actions are significantly curtailed and bend to the will of the abuser. The victim often feels a large amount of fear about what the abuser will do if he or she doesn't comply.

From experience, I can say that coercive control hides the abuse from the victim, even as it feels like you have chains wrapped around your throat. This is because it's easy to believe while you're experiencing it that it's not as bad as you think it is. It's easy to think you're overreacting. It's easy to think that if you just do the right thing, it will all come to an end. You spend your days in an emotional hell of anxiety and confusion, locked in an invisible cage, drowning in plain sight.

"Coercive control shares general elements with other capture or course-of-conduct crimes such as kidnapping, stalking, and harassment, including the facts that it is ongoing and its perpetrators use various means to hurt, humiliate, intimidate, exploit, isolate, and dominate their victims. Like hostages, victims of coercive control are frequently deprived of money, food, access to communication or transportation, and other survival resources even as they are cut off from family, friends, and other supports through the process of 'isolation.'"1

Stark believes that because of its use of power and control, the abusers are primarily men and the victims are primarily women. Some of the methods of control are gendered and are only possible because of inequalities that exist between men and women where the abusers are able to take advantage of them. In other words, it's a case of "opportunity." This is certainly not true for all tactics of coercive control, however. Some of the methods can be perpetrated by either men or women and can be present in same-sex relationships.

According to Stark, coercive control tactics come in three major types: intimidation, isolation, and control, all of which can take many forms. This is what makes it so hard to recognize, even for the victim. Here are just a few examples of what coercive control can look like.

When Coercive Control Is Hidden

It's easy to understand overt forms of control and abuse. What about when the abuser packages the abuse in something else?  Some methods of abuse don't look like abuse. They may appear neutral or even positive or non-obvious because the abuser doesn't physically do anything to "control" or "block" your rights or freedom. These types of actions can be very dangerous because they are hard to recognize as abuse.

For example, if an abuser wants to monitor or keep track of where you are, he or she may disguise that as concern for your well being and make the contact very positive in order to make you easier to manipulate.

Isolation from other people is another good example of how abusers can use these types of tactics to establish control. It's easy to recognize the more obvious methods of isolating a partner from friends and family such as overtly forbidding a partner from seeing them or to taking away keys to the car, as described above. Yet they are not the only ways to keep partners away from other people and outside perspectives.

What about when abusers use more covert, manipulative methods to isolate their partners? In this video, I talk some of those methods and how to recognize them.

Societal Myths that Retraumatize Victims After Abuse
Leaving Your Abuser Sometimes Means Forcing Them to Leave You
Lizanne Corbit
April, 1 2019 at 8:01 pm

This is such an incredibly helpful read for so many reasons. Outlining what Coercive Control looks like, with the clarity and authenticity that you do, is so eye opening. I'm sure there are many who will read this and resonate, and many more who may finally have an answer and some clarity to things they've been experiencing, or experienced in the past. Thank you for sharing this very real read.

Hi Lizanne: I'm really glad that you found it helpful. Thank you for taking the time to read it. -Kristen

I went through this and wish that legal action threats would be included. What men with money use who know to never hit. I was threatened with Restraining orders if I tried to break up. I was threatened with lawyers and legal action if I ever tried to have a conversation about what was happening or wanted to leave or if I spoke to others about us...or tried to get any accountability. I would shake bc I saw him do it to his ex. Ugh. I had mentioned this to Kristen a few months ago ...how coercive control was made illegal in England and we need it to be here as well. I'm glad it appears she at least saw it and wrote a post.

Hi Kayla: I'm sorry for what you've been through. I think legal threats could definitely be covered under the category of "Threats" above. Any threats are designed to terrorize us and get us to do whatever they desire. As far as what's happening in Europe, I've been well aware of the situation in England for a while, as well as the fact that it exists in France and Scotland and literally just took effect in Ireland! We should definitely have these laws in the U.S. that criminalize the behavior and train police officers how to recognize it. Unfortunately, last year, the Department of Justice changed the way it defines domestic violence to physical violence that would constitute felonies or misdemeanors. Prior to that, acts that would be considered coercive control were part of the definition. So we were moving in the right direction. Sadly, now we have some ground to recover.

I was subjected to coercive control and I felt that I couldnt breath and was being suffocated which resulted in me feeling constantly anxious and on edge and suppressed. Inside I raged but couldn't show it and felt utter hatred for him making me feel so petrified of what he was capable of whilst feeling that I had been stripped of my basic human rights

Hi Tammy: I recognize and can empathize with everything you wrote. It's an absolutely horrible feeling. I don't think anyone can truly understand how damaging it is unless they've been through it. Thank you for leaving a comment and describing your experience. The more of us who do that, the more courage it can give to others. I wish you well in your continued recovery. Stay strong! -Kristen