Responding vs. Reacting to Verbal Abuse: What's the Difference? 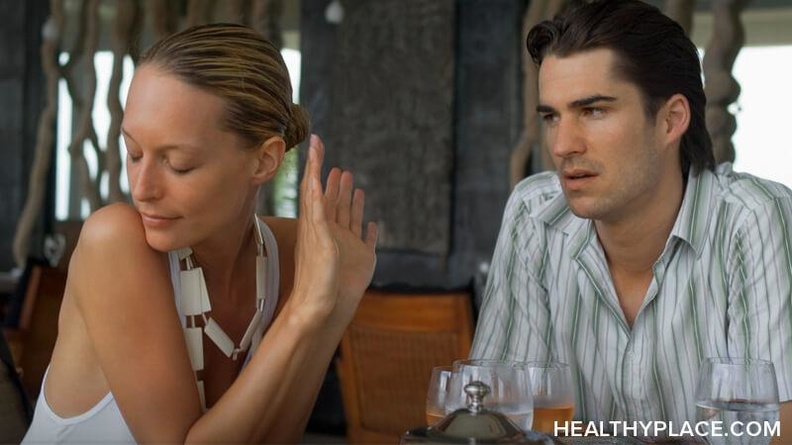 Reacting to verbal abuse is the most natural, but not the best, choice; instead, learning to respond to verbal abuse is something you can do. For example, if you've ever been in a situation where someone is verbally abusing you, you've probably had the urge to do one of four things: get away as soon as possible to avoid the abuse, smooth over the aggression, zone out or freeze up and wait for it to end, or fight back.

These are normal human responses by our complex nervous system when it perceives danger, as described by Peter Walker in his book, CPTSD: From Surviving to Thriving:

These are reactions that override the rational part of our brains, especially when responding to trauma. When we automatically react to verbal abuse (a trauma), we aren't able to think through our options and make a decision about our best course of action to the abuse.

Abusers like to use our reactions to abuse us even more or "prove" the abuse is our fault. No matter which of these four reactions I had, my ex-boyfriend used them to try to manipulate me into feeling guilt, shame, or as if I somehow deserved what he had done. Let me provide some examples:

Our reactions can lead to our own added emotional pain and turmoil. We feel bad enough because of the abuse, but then on top of it, we may feel the guilt, shame, or confusion for how we reacted to it. This can make it more difficult to interact with the abuser or to recover from the abusive relationship once it ends.

There may be reasons we can't just cut off the abuser. For example, we may have children with the abuser, we have to communicate about legal or financial obligations, or we work together.

When we are being verbally abused, we have no choice but to respond. Even if we do nothing, we have still responded. It makes sense to work on choosing our responses. This can show the abuser that he or she is not going to get the reaction he or she desires and minimize the effect the abuser has on us ("How Do I Stop Verbal Abuse?").

What Responding vs. Reacting to Verbal Abuse Means

If "reacting" springs directly from our nervous system as an "automatic response," what does a "non-automatic response" look like? Accepting, choosing, and maintaining control are the cornerstones of responding to abuse.

Responding Does Not Mean 'Taking the Blame for the Abuse'

Sometimes when I've mentioned the idea of "responding" to verbal abuse as a concept, I've had people say to me that it means I'm suggesting that we are taking the blame for our abuse. I think this is because the automatic responses, or reactions, can look more proactive on the surface. If you don't blatantly call someone out or flee the scene, aren't you "letting the abuser get away with it?"

I think the answer is no. There are ways to call someone out and flee without doing it in a way that plays into the abuser's abuse. I've included a video below to talk more about responding vs. reacting to verbal abuse and what it looks like and why I think reacting is the opposite of taking the blame.

Remember: abusers want us to react to verbal abuse. It gives them power over us. By not giving in to them, we're not letting them get away with anything.

Victim Blaming: 5 Reasons Why Verbal Abuse is Not Your Fault
Abusive Behavior vs. Normal Behavior: What's the Difference?
Raelene
March, 31 2019 at 6:56 am

Finally after 34 years of marriage I am seeking help for the verbal abuse that i have taken. I read with interest the response v reacting and find these scenarios all to familiar. Isolation from my family, putting up with it for the kids and financial reasons staying, and of course my life is further complicated by being in business together. But i can no longer do this. Slowly over the past months I have been opening up to my close friends and family. I had a bad day today and was guilted into staying instead of leaving. I know it will be baby steps. This website has been insightful and I can relate to all of this. I just need to find the strength to leave completely.

Thank you. this helps

This is such a helpful read. It's so truly important to understand the difference between responding and reacting. this can be an empowering difference to understand and take hold of in our lives, not just in verbal abuse situations but in all areas of communication.

So so true! I was hoovered back into a situation after 18 months of no contact and didn’t even know to this day why I reacted. I gave her both barrels, it was a car crash situation ending with me saying sorry!! How do these things happen! I’d read everything, don’t go back, don’t fall for the manipulation, yet this is the power they have over you. Then, nothing for 2 months now! What was that all about? Still going over the argument in my head, exactly as it was meant to be, totally construed to see if I’m thinking about her and can still get into my head! Malevolent, evil, monsters!

Hi Barbara: It's pure manipulation that makes it hard to let go of them. I hope you'll be gentle with yourself and take some time to validate your experiences and process what happened. Don't judge yourself for being in the relationship or not being able to let go immediately--there are millions of us out here who have had similar experiences, and there's a reason for that. I encourage you to speak with a trauma therapist if you can to work through what happened. Thank you for reading and taking the time to comment. Stay strong! -Kristen

Very important and informative article. And you are so right. We will make mistakes at times and react to verbal abuse especially when completely exhausted but thoughtfully responding is always best. I usually could choose to responsd with my ex, CLA, rather than just react but I still got blamed no matter how carefully I chose to respond.
Loving her dearly and having proven it over and over for 3-1/2 years was not enough. Moving in with her and her father to help take care of them wasn't enough. Providing hands on assistance in nursing care for her mother and managing the entire household for 3 years wasn't enough. Helping with personal hospice care for her mother and being there at the end reading scripture to her mother while she slipped into eternity as CLA's father (who ad refused o read the Bible to er) comfortably slept in his lazy boy chair oblivious to all around him was not enough. Helping her with her own recovery with fibromyalgia, providing her health care, being with her in all of her medical appointments at her request and personally assisting her at each appointment was not enough. Being with her, holding her hand during delicate eye surgery then helping her in recovery in the hospital and at home wasn't enough.
She still believed I would leave her and would begin arguments with me for no logical reason and verbal assaults until one day she finihed setting me up with the ultimate betrayal and forced me out of "her world" just prior to our wedding date....leaving me with literally nothing...no clothing, no place, no car....well, you probably know the story.....
Sorry didn't know that was still bothering me after all these months. In regard o your article, thank you for reminding me that even if she did not respond kindly and only used my carefully lovingly thought out responses to her bursts of anger against me, i did indeed choose my response and did try to respond in an ppropriate manner...and that counts. When I have remembered those times, though i try not to dwell on them, i have blamed myself for not being good enough. I need to remember I did my best. I maintained my self-control under very difficult circumstances even when I felt like I was dying inside. And I have no control over CLA's reactions. Thank you for that. DM

Hi David: You are so welcome. I'm sorry that you've had to go through so many painful experiences. We often have to learn these things the hard way and then keep reminding ourselves of how far we've come. Thank you for sharing your story. -Kristen