Don't Abuse Yourself With Self-Blame--Abuse Is Not Your Fault 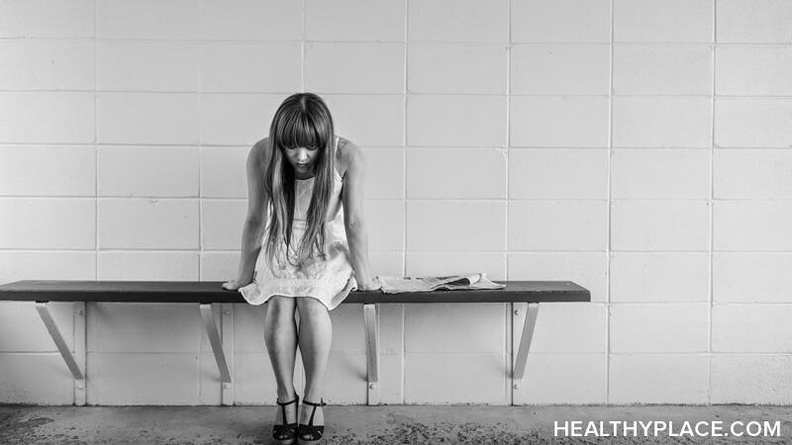 Just when I think I'm healing along nicely, POW - an insightful Facebook friend raises an important question: Am I engaging in self-blame? Um...yes. Self-blame (and self-punishment) comprise a large portion of the answer to the question "Why do you stay in that abusive relationship?!" But I thought I was beyond self-blame. I can (now) laugh at my ex's nasty comments instead of wonder how I managed to cause him to say them. Isn't that a sign that I no longer blame myself for his behavior?

Self-Blame Asks, "How Did I Get Into This?"

My self-blame seems absent in the present. I understand and accept that I can't make him do or feel or think anything. His behaviors belong to him. Sometimes his texts and conversation irritate me, but its okay to be irritated by nonsense.

Self-blame comes into play when I analyze our past together. Perhaps Will and I were so young when we married that we raised each other into adulthood. Unfortunately, like the boys stranded on that island in that classic novel, we created factions and chaos where there could have been coordination for the greater good. In essence, our human nature, immature as it was, allowed us to go astray (and almost kill each other).

When I blame myself, it is easy to accept 50% of the responsibility for my own abuse. I was wrong, he was wrong, we both made mistakes. The abusive cycle's consequences are my fault, equally. I'm no better than he.

How Do I Stop Self-Blame?

I must remember that the abusive cycle depends on the abuser's behaviors almost solely. The only time I see the co-dependent, me, feeding into the crap is during the honeymoon phase when I wanted so badly to feel loved that I was willing to hold on, hoping "this time" doesn't end like the last. I eventually suffered for my hope. "This time" ends like the last. 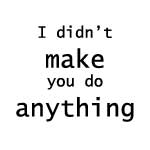 He called me a whore. He held my face to the stove. He flipped and acted sweet and he pretended to cherish me during the honeymoons. He ended those honeymoons with his temper, his emotionally and verbally abusive behavior. It was his choice to physically intimidate me and put his hands around my neck.

Sometimes I forget that I cannot make him do anything. I didn't make him behave like an animal. I must remember that the abuse is a result of his behavior, not mine.

APA Reference
Jo, K. (2011, July 13). Don't Abuse Yourself With Self-Blame--Abuse Is Not Your Fault, HealthyPlace. Retrieved on 2021, May 7 from https://www.healthyplace.com/blogs/verbalabuseinrelationships/2011/07/abuse-yourself-with-self-blame

Before I was in one, I was guilty of blaming women for staying in abusive relationships. "Why don't they just LEAVE?" Well, karma, as they say, is a bitch, and my failure to understand came back to bite me hundred-fold. I know now why women don't leave. Most don't have the self-esteem left in them to think they CAN leave ("I can't possibly make it on my own, I'm not smart enough/don't make enough money/can't take care of everything/etc."). And let's be brutally honest here--the world doesn't take care of women who leave abusive relationships. The laws are such that "fathers" have "rights" even if those rights violate the mother's right to personal safety and financial security. Custody laws make it possible for abusers to keep right on abusing via the children. And restraining orders? Please. I have yet to see a piece of paper that can stop a bullet.

This really hits home with me. I'm so tired of even hearing HIM tell me how I made him do this and that... "if you weren't such a bitch, I wouldn't have thrown that remote into the TV and shattered it." Right... he can be mad at me for whatever reason, but not being able to control himself is HIS problem. I didn't MAKE him do anything... it was his own lack of self-control and maturity that was the sole cause of that remote flinging across the room.