Abuse in Movies: How These 5 Protagonists Prevail 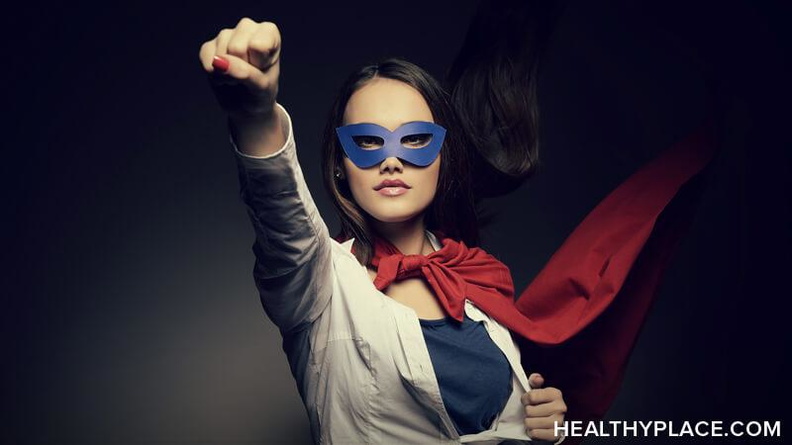 Whether it's abuse in movies or in our lives, overcoming abuse is no simple feat -- even abuse in the movies. A quality cinematic experience, or just lounging in sweats watching Netflix, can transport us to another time and place, it allows us to vicariously live through the characters we admire and adore. For some, it can be an even deeper connection, especially when we see a character suffer abuse in movies that we ourselves have personally endured. The following five protagonists suffer and prevail, overcoming abuse to reach the hearts of abuse victims everywhere.

5 Protagonists that Prevail Over Abuse in Movies and TV Shows

Cinderella is the Disney princess that spends her adolescence tormented by her stepmother and two stepsisters after her father passes away. She is made to do all of the cooking and cleaning around the house and consistently degraded and demeaned by her cruel family (Types of Child Abuse). Everything changes for Cinderella when her Fairy Godmother appears and with a wave of her wand and some “bibbidi bobbidi boos” sends Cinderella off in a fabulous gown and glass slippers to win the heart of the handsome Prince.

For many of us, Cinderella is likely the first cinematic example of abuse and the happy ending that came despite her suffering. While our younger selves longed for a fairy Grandmother to come and save the day, we grew to learn that sometimes a girl’s got to be her own fairy grandmother to change the course of her life (Choose Your Own Fairytale Ending to Abuse).

Matilda is the self-sufficient, little girl genius that rolled her wagon to the library every day and taught herself to read. Her sleazy used-car salesman father and remarkably unmaternal mother are neglectful, verbally abusive, and oppressive. When Matilda’s father sells a car to Principal Trunchbull, the psychopathic, dictator-like headmistress of Crunchem Hall Primary School, he finally agrees to send Matilda to school. It is there that Matilda meets Miss Honey and they are instantly connected through their love of literature and shared familial misfortune. Miss Honey appreciates and nurtures Matilda’s gifts that have thus far been completely ignored and unappreciated. Together they outwit and defeat their abusers and go on to create a happy ending, and a new beginning, of their own.

Harry Potter is one of the most widely recognized characters associated with abuse in the movies. Harry’s callous and vile Aunt, Uncle, and cousin -- The Dursley’s, treat Harry with contempt from the time he enters their life until the time he makes his epic exit. Harry’s Aunt Petunia always hated him because of her life-long rivalry with her late sister, Harry’s mother. Harry never knew he was a wizard, just that strange things would happen when he was feeling especially upset as a result of The Dursley’s foul treatment of him (What Is Psychological Abuse of a Child?). When Hagrid the giant rescues Harry on his 11th birthday and delivers his famous line, “You’re a wizard, Harry,” Harry's life and identity change completely. He goes on to attend Hogwarts School of Witchcraft and Wizardry where he makes invaluable friendships and is celebrated for his perseverance and heart.

Sansa Stark is Ned Stark’s eldest daughter on the hit HBO series Game of Thrones. Sansa is a high born, living a privileged existence from birth. When the Stark family leaves their home in the North to reside in King’s Landing while Ned Stark acts as Hand to the King, Sansa is initially exhilarated by the royal way of life, and in particular by the royal teen boy, Prince Joffrey. It’s not long before their stay at the castle takes a volatile turn and Ned Stark is beheaded, leaving Sansa alone in a den of lions. Sansa’s experiences following her fall from grace are some of the most heinous acts of abuse in TV shows I’ve seen one character endure. She is subjected to abhorrent treatment at the hands of King Joffrey, a textbook sadist and psychopath. When she finally escapes King’s Landing, fans have hope for Sansa which quickly vanishes as she arrives to hide away with her mentally unstable Aunt and then is married off to yet another sadist who’s behavior would cause even King Joffrey to wince. Sansa is unprecedented in the way she endures, prevails, and transforms as a character. She is calculated in the way she handles her treatment, displaying her intelligence and tenacity in the worst of circumstances.

Minny Jackson is the spunky maid that works for horrible Hilly Holbrook in the film, The Help. Minny works as a housemaid and child caregiver in the 1950s American South, amidst rampant abuse of Black Americans. Hilly Holbrook is one of the most brazenly racist socialites in town, leading a Health Initiative in town to force families to build an add-on bathroom outside for the help to use rather than allow them to share their own bathrooms inside. Hilly calls Minny names they won’t even say on TV; she is incessantly degrading and cruel. Minny Jackson loses her job and plots revenge, and when she feels she has nothing left to lose decides to team up with the other maids to recount their stories of abuse in a book the town journalist is secretly writing called The Help. When the book is published and circulates around town, the socialites are mortified and begin to think twice about their abusive behavior. This movie is a brilliant example of the underdogs enduring the worst, overcoming their torment and giving a voice to those that didn’t have one.

Loss of Identity in a Verbally Abusive Relationship
Is Coercive Control the Same as Verbal Abuse?