Loss of Identity in a Verbally Abusive Relationship 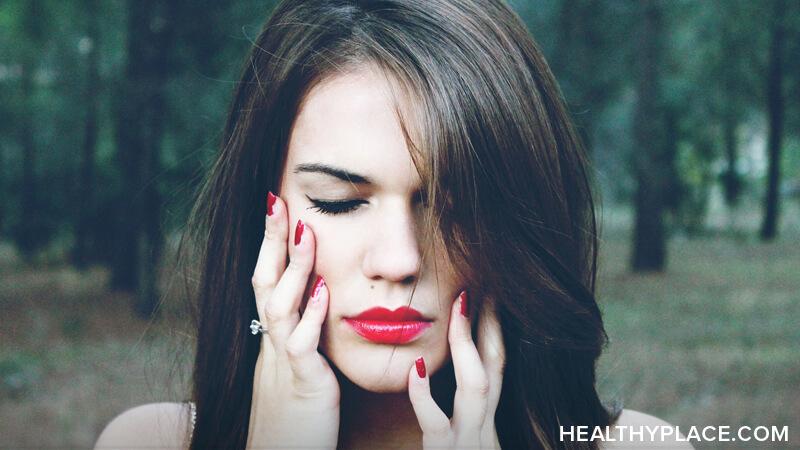 Most likely, you will suffer a loss of identity in a verbally abusive relationship. The relationship will take you as far away from yourself as it's possible to go. Not only will you experience a loss of personal identity, you may even struggle to remember who you were before the abuse took hold. You will become a collaborator in the abusive process and the abuser will make you feel as though everything you experience is your fault, calling into question your personality and your motives (What Are Victims Responsible for in an Abusive Relationship?). So why does this happen, and can we ever unhook ourselves from it? Here's what I learned after my loss of identity in a verbally abusive relationship.

How My Loss of Identity Came About

My loss of identity happened when I was confused about who I was and vulnerable. I think it's fair to say I was still discovering my identity when I dove headfirst into a verbally abusive relationship. I was deep in depression, was flanking my university degree and had just come out of another three-year relationship (Verbal Abuse and Depression: My Story). I didn't know who I was but the man I met made it easy for me to tie my identity in with his. He gave me a job, a home, and romantic validation. He became my rescuer at a time when I needed saving from myself -- or so I thought.

I think back to when I moved in with my ex-boyfriend and how I only took a fraction of my possessions into our flat because I didn’t want to take up too much space. Subconsciously, I had bought into the idea that his things were more important than mine -- that he was more important than I was. This happened after months of subtle put-downs that eventually turned into full-blown psychological abuse.

I had always been insecure with low self-esteem, so it was easy for me to leave that person behind and try to become someone completely different. I wanted to be different, which made his manipulation and attempts to change me all the more persuasive.

Abuse Doesn't Have to Cause a Loss of Identity

It's easy to see why verbal abuse tactics are so effective at causing a loss of identity. Gaslighting, manipulation, and constant criticism break down our self-perceptions and make us rely on our abusers for "the truth" about who we are (Why Verbal Abuse Is So Dangerous). Often those same abusers will try to mold us by saying it is in our "best interests" to change.

Looking back, there is plenty I would have done differently in response to this abuse. Abuse is always the fault of the abuser, and I don't want to stray into victim-blaming territory here because I think the perpetrator should always be held accountable. That said, it's helpful to remind ourselves that we have ultimate control over our own lives -- I wish I had known that at the time.

You Can Prevent Loss of Identity from Abuse

It's difficult to prevent the loss of identity when a verbal abuser is constantly undermining you. However, If you feel like you just can't escape, there are some tactics you can use to stake a claim over your self-identity until you can leave for good.

Verbal Abuse Causes Us to Identify as Victims

Being in a verbally abusive relationship changed me permanently. I found I couldn't trust my instincts. I allowed myself to be used by men and belittled at work. I became a victim in every area of my life, even after the relationship ended. It took me a while to unhook from the victim mindset and discover my inner strength, and it's something I'm still working on now.

I thought I could compromise everything about myself to be with a man because I didn’t feel whole without one. To me, the relationship came first, before my interests, my friends, my family, and even myself. This isn’t how it’s meant to be, not really. Your relationship should amplify your best qualities and feed into your identity without your partner feeling threatened.

I wasn’t able to be myself, so I suffered the loss of my identity while I was in a verbally abusive relationship. But I was still in the relationship for two years — so who was I during that time? I suppose I'm still trying to figure that one out.

10 Ways Relationship Abuse Is Sabotaging Your Life
Abuse in Movies: How These 5 Protagonists Prevail
Linda
May, 2 2018 at 11:05 am

My mother was abusive and possibly had borderline personality disorder. My first husband was physically and verbally abusive, controlling. I stayed with him for 21 years because of the children. I am now married to a narcissist who is controlling, condescending and emotionally and verbally abusive. But he has never gotten physical. Although two od my children have interfered during heated arguments because they were afraid he was going to hit me. He is like a snapping turtle who will bite your head off if you say something he doesn’t like. And then, like clockwork, every 3-4 months he erupts like a raging volcano. It’s definitely a cycle. There’s always a big blow up. Then we’re okay for awhile. I have spent my entire life trying to make other people happy, not rocking the boat. I don’t even know who I am. It started when I was a child with my mother’s physical violence and head games and has continued through each of my marriages. I have no self esteem, cannot stand up for myself. All I want is to be left alone, to hid in a closet and never come out.

Have you asked for help?