Female Domestic Violence Offenders: How Can Men Spot One? 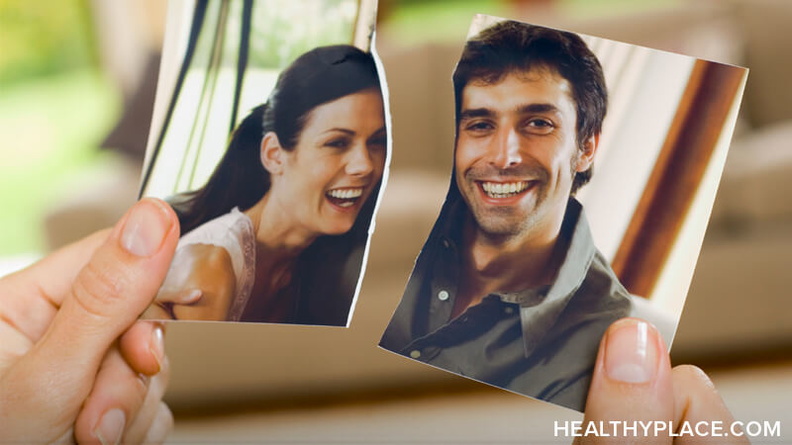 Because the violent woman tends to be insecurely attached, men in abusive relationships could notice their violent female partners:

In comparison to female victims of domestic violence, female domestic violence offenders tend to score lower on tests for PTSD. However, since PTSD is a possible disorder related to insecure attachments, the effects of PTSD on violent women need further study. Additionally, it is worthwhile to examine and, if necessary, treat PTSD when women go into treatment to (hopefully) stop their violent behavior.

If you're questioning if your female mate could be or become a female domestic violence offender, here are some more signs to look for in relation to mental illness and disorders:

Considering the Abusive Personality of Some Domestic Violence Offenders

I find this and the previous statistic worth investigating as prior research I've read stated that percentage of mental disorders were no higher for abusive people than the general population. It seems that research has given cause to label an Abusive Personality. The abusive personality constructs include the three problem areas discussed in this article: attachment, trauma and aspects of some personality disorders.

I advise men and women who feel that something is wrong in their relationship to check their own emotions first. No one but you can determine if your relationship is healthy for you or unhealthy for you. I hope this article on female domestic violence offenders is useful, but please do not waste your time diagnosing your partner when it is better to examine your feelings.

If you feel abused, you are abused and need appropriate advice for your situation. Call the National Domestic Violence Hotline at 1-800-799-7233 (1-800-787-3224 TTY hearing impaired) and find local counseling to get to the root of the problem.

Escaping Abusive Relationships: Therapists Keep This Quiet
What To Say To A Victim Of Domestic Violence
Kimberly Mitchell
April, 23 2020 at 3:01 pm

I don’t like how this post gives the impression that women with mental illness, such as, borderline personality, are basically going to be abusive partners.
Some people with mental illness who take medication and go to therapy want to be normal people in relationships with healthy boundaries and behaviors...even if they suffer from attachment or abandonment issues.

if the female spouse is cheating and the other knows it. Is that considered domestic violence? and how or where the victim can get assistance?

No, cheating isn't domestic violence no matter which sex does it. Cheating is, however, emotional abuse. The assistance you're looking for is with a therapist and/or a divorce attorney.

Unfortunately, the information in this post contributes to the broad misunderstanding of women's use of force in their intimate relationships. For research and practice based evidence regarding this issue I suggest a close review of the following website: www.csswashtenaw.org/renew. There readers can begin to gain a deeper understanding of this complex issue.

Lisa, I love the premise of your website. The article is based on the reference cited which pulls information from many other research studies. The writers conducted their own research, too. I agree that the issues is understudied and not completely understood. I would love to interview you. If you're interested, email me at verbalabusejournals@gmail.com, and we'll do an email interview which I can use for a blog post here at HealthyPlace.com.
I followed you on twitter after noticing that you are the Renew program coordinator.
Thank you for your input.