Distinguishing Between a Normal Argument and Verbal Abuse 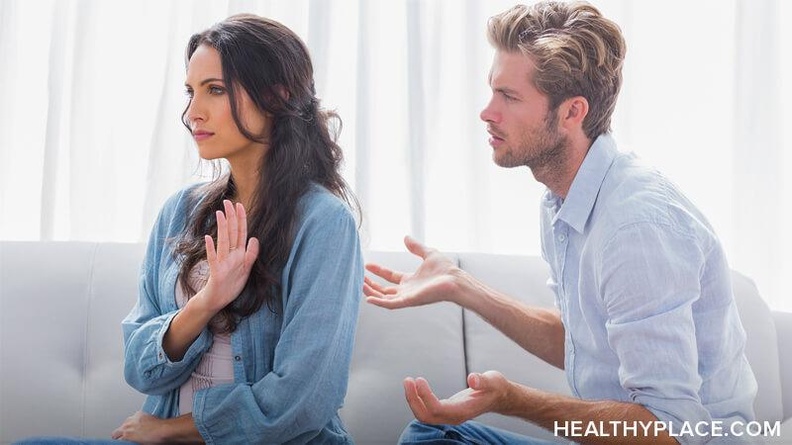 Arguments can be a regular part of an intimate relationship. However, when these arguments escalate, the line between a difference of opinion and verbal abuse can be unclear. There can be subtleties that point to verbal abuse and have no place in a fight with your significant other.

A conflict between two people can be healthy and a regular part of a relationship. It is rare for individuals to agree on every aspect of their lives. A different point of view is normal and can be a way to understand another position of a situation.

Standard arguments can become heated, but they will never include abusive behaviors. Healthy conflicts between two people may involve subjects such as:

The actions of the individuals in these situations are not to hurt the other person. But, instead, they are to convince them of their point of view or some concerns they have.

Healthy arguments will not include labels like, "You're just a man, so you have no idea," or generalizations such as, "You always do this," or "You never listen."

When an individual is verbally abusive, the arguments take a turn for the worse. Instead of trying to persuade the other person to agree to their point of view, it can result in name-calling, insults, put-downs, or other demeaning forms.

Verbally abusive situations do not always include yelling, though. Instead, they can consist of manipulative behaviors or even times of rejection or isolation from your partner. For example, if your significant other purposely ignores you after a fight to punish you, there could be an underlying issue.

One noticeable element with verbally abusive individuals is how they will take a disagreement and spin the context to make them the victim, no matter the situation. Sometimes, their anger is entirely unrelated to the original subject of the argument.

Anger is a completely normal emotion that many people experience every day. However, how they handle anger can determine if there are verbally abusive behaviors.

If you or your partner are becoming too angry to discuss differences respectfully, take a break. Expressing your concern for a heated discussion can help both of you take some time away from each other to collect your thoughts and calm down before resuming the conversation.

When anger is prevalent in your relationship, it could be time to seek professional help. Often anger is the by-product of an underlying issue. Under the guidance of a professional, you or your partner can determine why being angry is a constant factor and help control these negative emotions.