The Abusive Relationship And Its Fairy-Tale Beginning 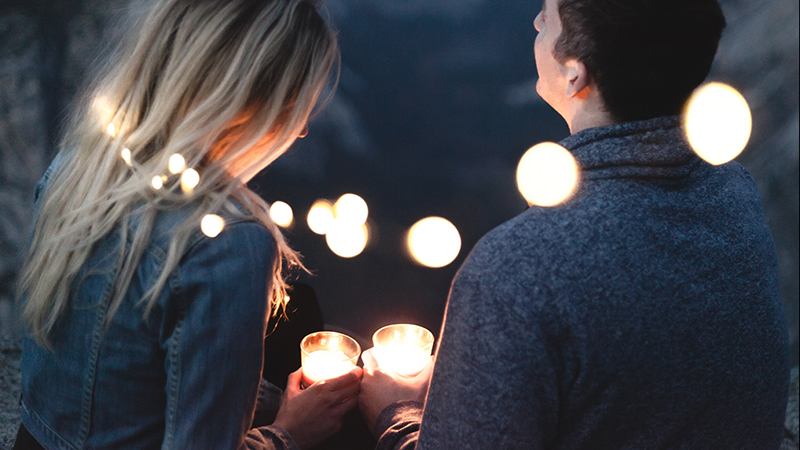 The abusive relationship begins like many others. Two people meet, make a connection, and fall in love. Their love seems beautiful to family and friends...except for one or two things that seem, well, odd...but every relationship has problems. Right? After all, there are no fairy-tales in the real world.

For ease of writing only, the victim in our story is a princess, the abuser is a knight, and the victim's friends are the loving animals of the forest.

The Characters in Our Fairytale Story of Domestic Abuse

The princess is a loving human being. She has great talents, but she is aware of her flaws, too. She gives of herself endlessly and tries to become a better person every day.

One day, the princess meets the knight. He is unlike any other knight she's met, and she feels an almost immediate attraction. He tends to her needs, listens to her worries, and compliments her strengths. She feels safe with him; she shares the story of her life with the knight, openly and unafraid. Surprisingly, he shares many of her struggles and vows to stand by her side as she conquers them.

Concealed in his armor, our knight reflects the princess's fine heart back to her. She thinks, "Finally! Someone who understands me." 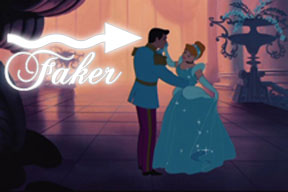 Our knight observes people from behind the slit-eyes of his helmet. Every person he's met contributes to his knowledge of the human condition, yet when he's experienced the myriad of life events himself, he did not feel much at all. He sees only winners and losers at the resolution of every problem because he cannot (or refuses to) feel the emotion involved in human struggles. Even so, he mimics a wide range of emotions well.

He knows what things cause others pain, and he knows that injured people are weakened people. He knows that every person who can feel pain or love is weaker than he; therefore, he knows that regardless of what he and they experience together, he will win the contest because he is immune to emotion. The knight equates winning with success, which he thinks must feel much like happiness. He exhibits many ribbons of victory in a shadow box at the palace.

In the beginning, he wants to know all about our princess - the sooner the better. He needs to know what her weaknesses are so he can figure out how to conquer her. How to win. He needs the princess to trust him with her darkest secrets because therein lies his points of power. He wants a win, so the princess must lose.

One day, a flock of birds fly over the knight and observe him rowing a fox and chicken safely over the river after mediating their differences and negotiating peace. That night, an owl finds the knight and a fox sitting by a fire picking their teeth with chicken bones. It will take a while for the two stories to find one another. In the meantime, the woodland creatures support the princess's commitment to the knight.

Photo by Austin Call on Unsplash

Thank you for a well-written and informative article! I have known him for only three years, but let me tell you, it has been quite difficult to maintain the whole No Contact rule, and every-day I feel different about it. But I am so glad that I am out of his clutches.. I just want to tell teenagers that just because he or she doesn't hit you, doesn't mean that he isn't abusive. Yes, it might not be domestic abuse, but sometimes, it can be emotional abuse. And it is just as bad as physical abuse is. Speak Up! Get out! Get help!

Your blog is inspiring. I'm dealing with the end of an abusive relationship and needed to start a blog in order to process and rid myself of some of the trauma. I'd love any feedback.

My "prince" was ten years older than me. At first I thought this was the way things were supposed to be, because he could use his wisdom and experience to protect me from the big bad outside world, right? Not so much... I ended up hearing things like "I have ten years on you, kiddo, so you'd better listen to me" and variations. Little did I know that the prince WAS the dragon.
Seriously, Kellie, thank you for this blog. The biggest thing I now regret about 16 years together, 14 of them married, was not reporting it to the police when he raped me, but due to the circumstances (I had broken my arm cycling -- it had just been set that very morning -- and was dizzy, nauseated, and completely uncoordinated from the Percocet) he didn't have to use any other physical violence. What would the rape kit have shown? The sperm of the jackass I was married to. And he worked for a wealthy lawyer at the time, so I felt certain that even if arrested, he would have made bail the same day and come back to kill me. I have a seizure disorder, so he could easily have drowned me in the tub and made it look like I had seized. After all, he had just escalated from mild violence (he pushed me down once, and several months before had pushed a door open, bruising me, when I had just closed it to try to get away from it) to rape. So I figured rape to murder would be his logical next step. But I still kick myself for not doing that immediately, partly because after I filed for divorce, I learned that he had sexually assaulted a mutual friend the year prior. She hadn't told me because she thought it was her fault... sound familiar? And I know he will do it again, because they never stop. (I was by then so numb to his possessing drugs that it never occurred to me I could have had him busted for THOSE.)
Kellie, please tell me I'm not wrong for not reporting. I've heard so many horror stories about the justice system retraumatizing victims. It's not up to me to fight the dragon all the time... right?

G, you made it out with your life! You bravely left him, and I think that is enough fighting the dragon.

I feel, i owe my abuser because he stayed with me through a very very low time in my life.

Abusive people prey on vulnerable people. Remember that your abuser chose you at a low point of your life - most likely for their selfish reasons. Your obligation becomes your prison. There comes a time when people are even-steven. Because you know you are abused, I'll bet money that you've repaid your debt multiple times over.