The Hidden Story of Domestic Abuse 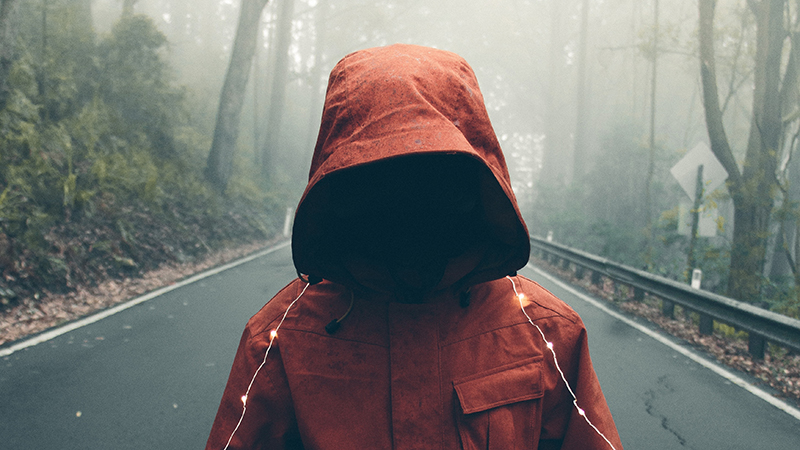 Continued From The Fairy-Tale Beginning

Storytellers leave out the middle portion of our fairy-tale because it occurs behind palace walls, secreted away from the prying eyes of peasants. The princess, swept off her feet, rides into the sunset with our knight, heading to his land and his castle. He promises love never-ending, and the princess cannot wait to begin life with him by her side. Her woodland friends promise to visit soon, and all seems well...

Within a few days of her honeymoon, our princess detects a glimpse of trouble in the brave knight's eyes. He is unhappy despite his talents, vast kingdom, and her love for him. She thinks his parents were too hard on him, and feels her knight is too hard on himself as a result.

"Well!" she thinks, "Never mind that. It won't take long for him to see the beauty in himself. How can he not while I am here to remind him?"

She throws open the windows and doors so her woodland friends can scamper inside. Instead of joyful chirps and clicking hooves, a solemn procession filed into the palace.

"Oh my! What is wrong?" our princess cries.

"The huntsmen killed some of us at the walls," says a doe. "Many others were too afraid to continue."

That evening when the knight returns to the castle, our princess begs him to punish the huntsmen. Surprisingly, the knight becomes angry and tells her the huntsmen did as he ordered. The knight says the filthy woodland creatures are unfit for a princess. He instructs her to come to know the people of his kingdom and make them her friends instead.

The princess argues with the knight. His demands and cold-hearted actions chill her to the bone. She thinks, "What horrible things must have happened to my love to make him so cold!" She stops arguing and asks him about his day. She thinks his story must hold the key to his unhappiness. If she can help him make it right, then surely the knight she loves will change his mind and retract his firm commands.

In reply to her questions of his day, the knight replies, "What do you know of life beyond these walls? You who speak to animals and order my servants around like the selfish bitch you are,...you think you have the right to ask about MY day? I am going to bed. Alone."

The knight storms away, leaving our princess stung and crying, trying to make sense of what happened and to unravel the mystery of her knight; she desperately wants to find her way back into his heart. She remembers the generosity and kindness of her woodland friends. She cries for those she'll see no more. In their memory, she calls up the vast resource of love they showed to her and vows to use it to bring her knight out from under whatever pain he suffers. She promised to love him and she does; she will see him healed, joyful and loving very soon. She convinces herself of it.

Even so, every morning when the princess throws open the palace windows and doors to greet her friends, they enter in fewer and fewer numbers. Eventually, only two remain. The owl and the dove tell the princess that her knight is dangerous. They say he is a trickster and does not love her. The princess becomes enraged and sends her friends away believing no one should speak ill of her knight.

The next morning, the princess opens no windows or doors. Her friends are gone and she decides it is for the best. Now she can turn her attention to her knight who becomes more distressed with her every day. The princess feels she has much to learn about being a princess in the knight's land. She feels she's made a mess of things and must somehow make them right.

She wipes the frustrated tears from her eyes and dresses beautifully for the evening's ball. She adorns the knight's silver, shining armor throughout the evening. She showers him with smiles and affection. She dances with him under the soft moon light amid the adoring glances of his land's people. As the sun breaks, the knight leads her to their bedroom, closes the door, and removes his helmet. The princess' adoring glance turns to fear.

The knight's eyes are red and angry. He bellows, "I saw you looking at Frederick!" and then he slaps her and throws her against the wall. Opening the bedroom door, he says, "Get out. Sleep somewhere else, you unappreciative traitor!"

Our princess exits quickly. There is no one to help her. Her friends are far away. His servants stare at her blankly. She knows that something is seriously wrong! What is it? Did she look at someone she shouldn't? Who is Frederick? Why did her love hurt her? What has gotten into him? What did she do?! The mystery of her knight deepens. Our princess searches for answers to the wrong questions.

Outside the palace walls, the princess' loyal friends whisper to one another in confusion. The knight, however, turns on his pillow and kisses a girl from the ball. He drifts off into a peaceful slumber wearing only a twisted smile.

The Abusive Relationship And Its Fairy-Tale Beginning
Choose Your Own Fairy-Tale Ending to Abuse
KCM
July, 2 2013 at 7:24 pm

So after leaving what I am now recognizing as a 25 year marriage with abused that culminated with my adult son being beaten up by his father as he tried to save me, my husband is now wanting to see a therapist together. It has been almost 7 weeks since that awful night. I tried and tried to communicate with him shortly after but he said he needed time. For the past week or more I have not called, text or emailed him unless to answer a question with minimal comments.Now all of a sudden he wants to "get in front of a counselor and try to salvage us". I was just coming to terms with a divorce ( I already had papers served on him) why the sudden change. I am torn between trying to work this out and just heading in the direction I was...I know my children and family will be disappointed if I stay.. The more I read these posts the clearer his abuse and controlling becomes. Everyone saw the abuse but me... why couldn't he continue to be cold and not want to work things out..It is almost as if he senses my happiness may be around the corner, or does he have some financial motive. I wish I knew

Ms Holly,thank you so much for responding to me. Since my last post Nancy and I have had a few very understanding phone conversations. She has agreed to helping me with professional guideance. She has said she still loves me and with professional help and God we may be able to save our marriage. I know I can be a better person and husband. I pray that everything for us turns out well. Once again, Thank you, Bruce

I sit here reading this story and it is true. I am a product of a abusive family both verbal and physical. Dad was a semi driver his whole working life. My family was always moving to new areas. (12 times in my first 18 years). I was always the new kid in school.It was very hard for me to have lasting friendships because we never lived in one place long enough. The only good thing that happened in that time was that I met my future wife. A pretty 15 year old blond girl was selling candy at the local YWCA dance.I was at the dance that night. I had 25 cents it took to attend but other than that I didn't have two nickles to rub together. I leaned on the candy counter and tried to make small talk the way an awkward teenager does.Cupids arrow had hit me clean between the eyes. I was floating on a cloud just talking to her. She had the type of personality that would really want a person to be her friend. There I go again. "Friends" the word I never had much exposure to but that night in 1964 at that dance Nancy and I became friends.Unknown to us at the time this was the start of our journey. Nancy must have thought I was a o.k. fellow. (Actually I know she fell in love with me and you can see how I felt).Love and friendship two emotions that I had seldom experienced. I graduated from high school in 1965 and was fortunate a get a job at the mill. It was a good company that was stable and fair to their people.Nancy and I were married in the spring of 1968 a very happy day indeed. We started our little family in those early years (two sons) and for the next 45 years we had a good marriage, but I was wrong. The storm clouds were building so slowly that I didn't notice that the sun was going away. 45 years and I didn't realize the seriousness of the verbal abuse I inflicted. I want you to know that I am not sitting here typing a sob story and placing blame on anyone. I can say that was the way of life I was born into. I never learned or more accurately, taught to do anything differently but exhibit the verbal abuse type behavior that was a part of my everyday life,the culture I was raised in. I mean I don't think I was a monster or anything of that sort but the storm clouds were slowly coming. So here I am sitting alone in this big house. Yesterday Nancy left me. I don't blame her,I guess I would do the same. 65years old and I have lost my best friend.I'm sorry I just didn't know.

Bruce, it will be worth it to consciously change your abusive behavior. The transformation will be difficult because abuse is a habit - a 65 year old habit. With help, you can do it. I cannot promise that the changes you make will bring Nancy back to you. There may be too much damage done for her to return. However, learning to love in a healthy way will benefit all of your relationships and help you find a new partner later on when you're ready. There is no reason for you to punish yourself for what you didn't know. Now you do know. Do something productive with that information.

Awesome piece, Kelley. This is so relatable. Wow.