When to Disclose an Anxiety Disorder

Following on from last week's article on why to disclose an anxiety disorder, I thought I’d say a little about when to disclose an anxiety because it is, perhaps, as important as why. I’d been talking about the necessary value of revealing secrets in recovering from a mental health issue. In discussing that, Holly Gray, HealthyPlace’s recently-retired Dissociative Living blogger, mentioned that doing so doesn’t mean giving up one’s right to privacy.

This isn’t gossip, it’s your life.

For most, if not all, of us with mental health challenges to face, the idea of anything which might ‘give us away’ is anathema. Honestly, for a great while telling or having anybody know about my PTSD was the last thing I wanted. I mean you hear plenty of how people have "nervous breakdowns", but precious little about the before and after. And the notion of a nervous breakdown may or may not have anything to do with an anxiety disorder; nevertheless it is under that broad, vague umbrella which the disclosure of an anxiety disorder sits.

Hear and you forget;
see and you remember;
do and you understand. -Confucius

The benefits of deciding when to tell

The PBS specials are non-existent, and though the basic terminology of anxiety is well-known, has become colloquial even, the realities aren't. Those you choose to tell, in the workplace or in social circles, may well be getting their assumptions from Hoarders (best-case scenario) but say just enough at the right time and you can nip fear and mistrust in the bud. (Other people’s ignorance is a boon where you control the story, and a minefield where you don’t.) 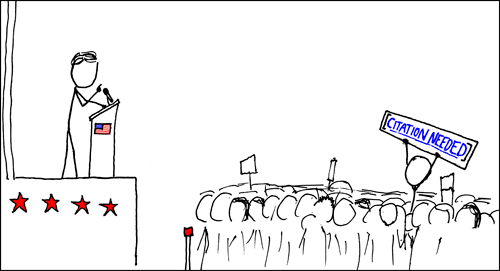 Even if someone is educated about panic, it's best to remember that education may not translate to support, or validation. Don’t tell before you’re ready for that. And don’t disclose until you have (hopefully in consultation with a therapist) come up with a plan for telling, one that includes self-care afterwards, whether things go all right or not.

It takes hope to tell

The above pessimistic disclaimer aside, it takes hope to tell. And because it takes hope, it should happen during the stage of treating anxiety which includes recognizing and building on that. This isn’t a foundational activity. Do it once you have some sense of being able to breathe again, so it can be helpful in managing an anxiety disorder. Asking for help tends to rank high on the list of worries people have. Society sends the message that it's best not done unless you're at that nervous breakdown stage. Say something before then!

Why Disclose an Anxiety Disorder?
The Links Between Anxiety, Anger and Depression
mef123
October, 24 2011 at 7:54 am

The only thing that worries me about telling people, even if it is the right time, is that some people tend to say "I have that too" or I happen to be bipolar too, so they will say "Iget depressed too". Not the same thing. I want to slap them in the face and say when you are taking 10 different prescriptions then you know where I am. However there are people I have told that have been a great deal of help and I'm happy for telling them. I some how feel more free.

I've found that sharing my anxiety issues with trusted people is helpful - I no longer worry about what those people might be thinking about my anxiety-driven behavior. For instance, during the onset of a panic attack my sister was able to help me focus and breathe - she knew what was happening to me and she was prepared. In allowing myself to be vulnerable with my loved ones I was able to take another baby step towards coping with my anxiety.