Why Disclose an Anxiety Disorder?

Disclosing an anxiety disorder matters, because a lot of people feel they don’t. And you should tell the people that matter to you, the people that form the everyday backbone of your relationships, whether that's in the form of colleagues or more intimate members of family or friendship circles. Tell them because choosing not to takes something away from those relationships, because an anxiety disorder is a significant part of your life and some of the healing comes in accepting that.

Know who will support you in a mental health crisis before a crisis happens, rather than find yourself unsure, or unable to reach for and accept help in the middle of one. I'm not going to say that you should tell people because it breaks the stigma, though it does, in its way. I firmly believe the decision to disclose a medical condition is so personal that it is only in unusual cases that it can be made on that basis. It probably comes down to the nature of the people that are in your life. In any event, how much you tell people and when to disclose an anxiety disorder is up to you. 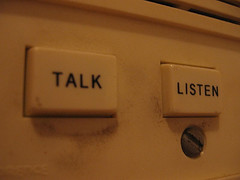 'Telling' could be as simple as "I just wanted to tell you, in case it ever comes up, I have OCD." When stated as factually as possible people usually respond better. It doesn't look ‘crazy’, I guess (walks like a duck, talks like a duck, or something). It doesn't come as such a shocking statement that it throws them off.

Assume people want to care, that they will try. They may fail. We all do. It isn't helpful but secrets, and living with the aloneness, and the burden of that secrecy, isn't all that helpful either.

Panic and the thought of ‘what if?' 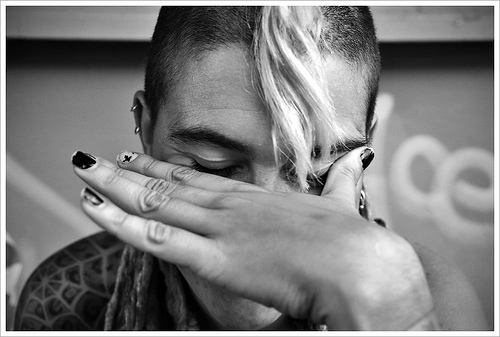 At the end of the day our choices define not only who we are, but who we are able to become. Treating anxiety, achieving mental health, needs to take the long-haul view of that; the perspective that healing can happen, under the right conditions. It's very, very hard for it to happen if your support network is limited to only the people you trust implicitly. Hopefully there is someone like that but there may not always be. The talking part will probably be messy either way, or at least awkward, at first. The potential consequences may involve considerable risk. It isn't comfortable and it isn't something anyone wants to do, let alone someone who experiences panic, but that's the short-term. Healing doesn’t happen in the short-term. Creating the circumstances which allow for it does.

Other people can't fix anything for us but that's not the point. It’s that coming from where I’ve come from, knowing what I know, I can say having more options and more choices is the best way to treat panic. Finding those choices is an incalculably difficult task but it is more important than words can possibly express.

Dealing with Feeling Out of Control
When to Disclose an Anxiety Disorder
Anne
August, 22 2014 at 10:29 am

It's not "bad" or "weak" to cry. One cries when he or she is experiencing great tension or grief or
sometimes great happiness.
However, if one finds that crying happens frequently every day for more than two weeks along
with other depression signs then one should see a
medical professional, preferably ones family doctor. Depression can get very severe or be mild but it is a brain disease and nothing to be ashamed of having. There are many medicines which can help your brain's chemistry so one will feel better emotionally and physically and function better every day. But one has to see a doctor and ask for help. Keep searching until a M.D. takes you
seriously. You may have to try several medicines and dosages before you find the one or several that
help you.

This is really really good advice. I am in graduate school and have generalized anxiety disorder. I disclosed my anxiety in email to my adviser after going though a period of avoidance. It was scary, but at the end it rally did help (I don't recommend this with all advisers. It was risky but at the time I felt like I had to explain my absence and hiding behind "I'm fine" all the time was not helping). I was surprised, he seemed to be more understanding of my anxiety than I was. I have a hard time excepting it. I now have to meet with him in person but I fear that we might have to talk about my anxiety. My anxiety leads to crying which is part of the reason I had avoidance behavior for a wile. Although I want to talk to him about it to include him in my recovery, I don't want to cry. Crying can also have a stigma and I am more afraid of that stigma than the stigma that comes from having GAD. I feel it's inevitable that I will brake down. Can you give me some advice on controlling the overwhelming sadness that comes with anxiety or excepting that its ok to brake down. I know you mentioned it briefly in the context of anxiety when you said, "It isn’t comfortable and it isn’t something anyone wants to do, let alone someone who experiences panic, but that’s the short-term. Healing doesn’t happen in the short-term," but I would like to hear your thoughts on crying.

Your suggestive question on disclosing an Anxiety Disorder, besides others benefits for patient with this mental illness includes the possibility of satisfying healing. Before all, it is innate need of everyone to share oneself emotional suffer with other, in order to soften oneself psychic disturbances. On the contrary by time our secret feelings becomes deleterious for mental state, if we tend to take them into itself. I comply with Your recommendation to develop a large network of relationship as good opportunity to express our anxiety as impassable emotional conflict. Mutual debate on this trouble emotional sensory contribute obviously to improve and to relieve our torment emotional state. It goes without saying, that this statement should to combine with psychiatric medication as organic treatment of brain in which occur respective anxiety dispersal.

You make a good case to go ahead an tell people but still sounds so scary!

Elizabeth,
:) It is. And of course the post is written from the somewhat dubious perspective of 20:20 hindsight. I still recommend it though definitely something that may be more 'generic life goal' than tomorrow's to-do list for as long as it takes.
Kate