Why I Explain My PTSD by My Symptoms 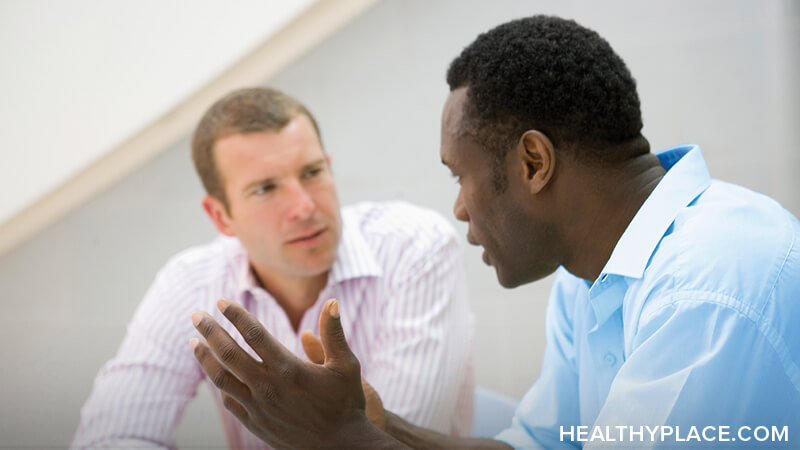 It can be difficult to explain posttraumatic stress disorder (PTSD) symptoms to friends, but it helps me to do so. PTSD symptoms include an array of possibilities such as anxiety, depression, panic attacks, difficulty bonding, addiction, insomnia, and dissociation. People experience PTSD in very different ways, based on their trauma history, resilience, supports and a myriad of other factors. So here is why I find it beneficial to explain how my specific PTSD symptoms manifest themselves, and why you might too.

Many people have a narrow definition of PTSD. With so many veterans developing PTSD, it is understandable that a common perception of PTSD involves someone who has been in a combat situation. However, PTSD is not choosy. It impacts the military, emergency response personnel, victims of abuse, witnesses to abuse, and other individuals who have experienced significant trauma.

When I tell someone I have PTSD it is because I want them to understand me better. I want them to know that at times I might appear spacey or inattentive, react poorly to sudden changes in routines or plans, become hypervigilant in unfamiliar spaces, and seldom get enough sleep. In explaining my PTSD symptoms, I hope to set the stage for supportive interactions when my symptoms manifest.

If you find yourself avoiding situations or backing out of plans at the last minute or you feel trapped at times because you become anxious or agitated, it might be a chance to share some of your symptoms with friends and talk about how they impact you when they appear. It doesn't even require much detail. For example, I tell friends, "I am hoping to come to your party, but I often get very nervous thinking about being around strangers, so I may not be in the right frame of mind to be there."

Explain PTSD by Symptoms to Reduce Them

Once I began to explain my PTSD symptoms to my friends, something interesting happened. I found myself attending more functions, more comfortable asking someone to repeat themselves when I had lost focus on the conversation, and more able to respond to last-minute requests by taking a few moments to process. My friends and acquaintances have even begun to show me support by giving me advanced notice for changes, inviting me to arrive at gatherings early, or asking me if I need a break or would like to get some fresh air when we are in tight spaces.

By sharing my triggers and reactions, I have made it easier to join in activities. I find that knowing I have a way out of an uncomfortable situation that those around me can understand removes a significant amount of worry. When my stress is lower, my symptoms are more in control.

Do you have any thoughts on this? How much do you explain to friends and family about your symptoms? Please join in the conversation by leaving a comment below.

APA Reference
Hollowood, T. (2017, May 15). Why I Explain My PTSD by My Symptoms, HealthyPlace. Retrieved on 2023, January 27 from https://www.healthyplace.com/blogs/traumaptsdblog/2017/05/why-i-explain-my-ptsd-by-my-symptoms

Workplace Accommodations for Employees with PTSD Q & A
PTSD-Related Avoidance Avoided With This Coping Technique
Joey Karam
June, 16 2017 at 12:14 am

Thank you Tia for sharing your thoughts upon PTSD, I like the way you're treating it!!!

Thank you for reading, Joey. I appreciate your feedback.

Thank you for writing this.

You're welcome. Thanks for reading!

I want to thank you. I have just recently started reading your blog and many of my friends have PTSD from different situations and i never really understood it because i had always been taught that only veterans could be diagnosed. I really appreciate this blog because i can now better understand my friends coping with PTSD and I can now try to help them.

Thank you for taking the time to comment Trisha. I appreciate the feedback.

I love how inclusive this piece is. You bring up such a good point about generalizing, and having most people think it only (or largely) applies to veterans can be very misleading. I think the idea of explaining first with symptoms is so helpful to everyone involved. Thank you for sharing this insight.