Is There A Quick Fix for Mental Illness? 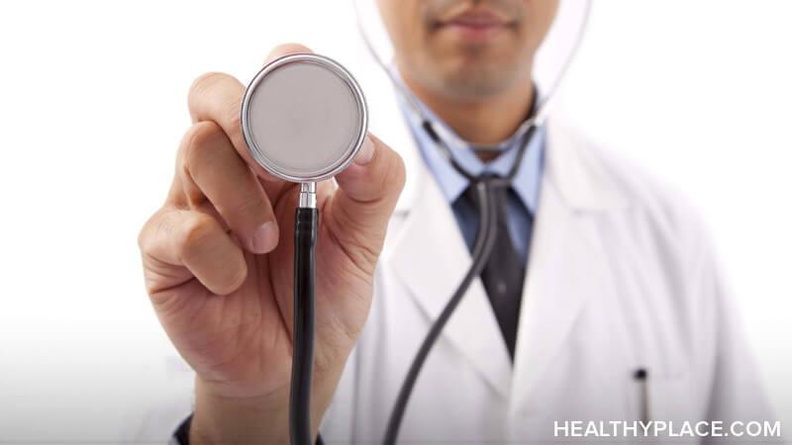 After receiving my diagnosis of anorexia as a teen and spending my first short stint in-hospital, I found that the subject of anorexia became slightly taboo. Don’t speak of it and it doesn’t exist. That was the undeclared rule. It was like I’d had a cold -- only instead of receiving a prescription of antibiotics, I’d been plied with calories: calories and cakes and cheese and onion crisps. And, for a while, I succumbed just enough. I ate just enough in public to slip under the radar, just enough to continue my mental deterioration undetected. Just enough to "be cured." Had I found a quick fix for mental illness?

And initially I "got away with it." I didn’t look quite so "skinny" anymore, so I didn’t deserve help. I didn’t look like I was ill -- did I?

But it didn't matter how "skinny" I looked. That’s one thing I have learned over the years -- it didn’t really matter. I have met people who are twice my size and twice as sick or half my size and half as ill. Anorexia is not a disease of the body; it’s a disease of the mind. And like all mental illnesses, the brain is the host for the imposter, the mangled and twisted cause. The body is simply an effect -- a casualty of war. A broken manifestation of the central virus that corrupts the internal hard drive.

As I grew older – 14, 15, and 16 – I began to lose my grip on the fragile sense of healthiness that I had constructed. Maybe I hadn't found a quick fix for mental illness after all.

In my frantic pursuit to take control of my own life, I let myself be, once again, controlled by my anorexia. It resurfaced with a vengeance -- and so did the judgments. The people who had thought me cured, or who assumed I’d just naturally "grown out of" my adolescent "phase" were hit with a feeling of vague irritation. And I was simultaneously flung into a self-loathing (Self-Hatred and Eating Disorders) and desperation that I was too confused to articulate.

I understand the judgments -- now -- the stereotypes, hatred, pity, disgust and even misplaced jealousy. I was the personification of all these things. I understand the logic behind the words “just eat more and vomit less." I understand that simple, miracle cure. The one that can save the world. If you’re an alcoholic, you stop drinking; if you’re claustrophobic, you take the lift; and if you’re anorexic, you have your cake and eat it. Quick fixes for mental illness, indeed.

Why There is No Quick Fix for Mental Illness

If mental illnesses were as quick to fix as simply understanding a sensible bout of logic, life would be so much calmer and we wouldn't need this forum (Can You Cure Mental Illness?). But we are human and fallible and imperfect and we do need each other. And together, we can all be stronger.

APA Reference
Crowley, H. (2015, January 22). Is There A Quick Fix for Mental Illness?, HealthyPlace. Retrieved on 2021, February 27 from https://www.healthyplace.com/blogs/toughtimes/2015/01/is-there-a-quick-fix-for-mental-illness

Dealing With a Diagnosis of Anorexia as a Teen
Anorexia: A New Form of Control
angel rashotte
January, 27 2015 at 8:00 pm

I am 42 yrs old. I am from Lansing MI. i was sexually abused as a very young child. in my family...and with my babysitter. Then as a 14 yr old teen whom lost her father to diabetes....her uncle decided she was fair game too. and after all found out about the sexual affair they allllll blamed me. i lost EVERY person in my family. yippee. sigh. why r people so sinful? why is igt so easy for them to throw us to the curb? if u said this to me about MY children i would flip out........

Very nice write up Hannah. Many people accept that mental issue are uncommon and "transpire else." indeed, mental issue are basic and boundless. Everything needs time, and I agree with you that there is no quick fix for mental illness.
Thanks for sharing this wonderful post with us!
Good Luck!