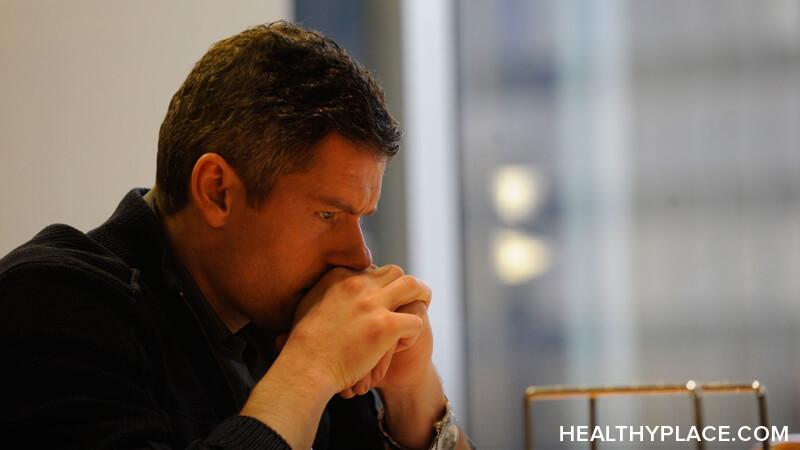 Stigma Says Pride Comes from Soldiering Through with Silent Struggle

In addition to mental illness, I live with chronic pain, which also demands a silent struggle. I don't often share when I'm in pain though because I know how people have this suck-it-up, we-don't-want-your-excuses mentality about these things. I was thinking about this recently, and how being able to struggle through the pain on your own are seen as an impressive feat of strength that should be carried with pride. We frame these people as fierce warriors.

Mental pain demands a silent struggle too. If you share what you're going through, you should suck it up because no one wants to hear about it and it shouldn't slow you down anyway. If you keep it to yourself and keep silent, it's impressive and commendable that you can soldier through your struggle. We hold those people up as examples and suggest they should be proud they stand strong through the silent struggle, especially if they've reached states of recovery seemingly on their own.

Usually, we talk about concealing mental pain and struggling in silence in regards to strength, but I think pride is just as much of a problem. If soldiering in silence is considered prideful, then to speak the truth of mental struggle is shameful. This leads people to pretend to be fine and their pain to go unaddressed. The stigma also likely becomes internalized self-stigma.

Being Proud of Something Versus Being Prideful: When Does Pride Become a Bad Thing?

We tend to think of pride as something good, except for when people are too prideful. To be proud of something means being satisfied or happy about an accomplishment or achievement. Being prideful is taking that to excess, or trying to, even when it's detrimental to yourself. Conceptulating mental health with its silent struggles in the same way can help.

It's fine to be proud that you made it through your struggle. I always say celebrate your mental health achievements, such as when you were able to overcome something that you didn't think you could.

But if you're too prideful, that's when problems arise. When that pride keeps you silent in your struggles, that's not good.

There's nothing wrong with asking for help. Don't jeopardize your life and wellbeing simply because stigma says you should be proud of your silence and ashamed of your struggle. There's no shame in asking for help and if someone tries to assert otherwise, I think it's time to reconsider your relationship with that person ("Where to Get Mental Health Help").

How to Get Past Stigma that Says Silent Struggle Is Better

Getting past mental health stigma typically isn't easy, but watch the video below to learn the one question that could help when fighting stigma-based pride.

#YouCantCensorMySkin: Censoring Self-Harm Scars and Stigma
What Changes When You Fight Mental Health Stigma?
Teresa Richter
June, 23 2019 at 6:48 am

I think it's very much about control - at least for myself.
you become vulnerable if you tell people about your feelings.

That's true, too, Teresa. We do become vulnerable when we open ourselves up and that's scary. There is definitely a fairly big collection of things that factor into why people don't speak about their struggles.

This is such a truly commonly held belief: "If you keep it to yourself and keep silent, it's impressive and commendable that you can soldier through your struggle." I so appreciate you sharing this. I think this is truly such an important thing to realize, recognize, and discuss.