Since the tragic suicide of Canadian teen Amanda Todd, and so many others before her, I have been pondering ways in which we as a society can help the teens of today who are victims of cyber-bullying.

I was bullied in elementary school and high school. But when I got off the bus at the end of the day, my bullies didn’t follow me into my bedroom. They weren’t able to access me 24-hours a day through Facebook and other social media outlets. Sure, it affected me greatly, but I at least was able to escape.

The Times They Are a Changing 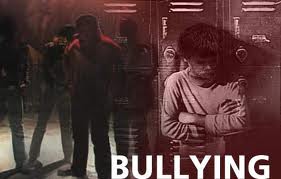 Teens today aren’t so lucky. They have to deal with the face to face taunts all day at school and then come home, go online to start their homework and get bombarded with even more hurtful messages. And we all know how much easier it is to say something mean in writing than in person. I can’t even fathom what thousands of kids are having to read about themselves on a daily basis.

In high school, popularity is king. If you aren’t one of the ‘in’ crowd, then you will likely be shunned, ridiculed and picked on. Imagine if not only are you not in the ‘in’ crowd, but that you also suffer from a mental illness?

It’s hard enough dealing with the stigma of mental illness as an adult. Imagine what it would be like for a teen, whose peers will take any tiny bit of information and use it against them to hurt them.

I attempted suicide in high school. It was mostly kept under wraps and only a few close friends really knew. But had I been in high school in this day and age, it would have likely been spewed far and wide across the Internet. I would have been labelled a nutcase, crazy, lunatic. There may have been You Tube videos made mocking me. My Facebook ‘friend count’ would likely dwindle. I wouldn’t have been able to walk around the hallways without knowing that everyone else knew of my personal business.

I think society is starting to understand the importance of this issue, but we still don’t quite know what the solution is. And, neither do I.

It's Time to Write Some New Laws

But I do think that there should be consequences for cyber-bullies. Criminal consequences.

If cyber-bullying can lead to suicide, then the perpetrators need proper consequences for their actions.

Simply being suspended from school for bullying doesn't seem to be doing the trick. We need to start defining new laws that deal with this new element of bullying and create specific guidelines about what will not be tolerated and what the consequences of this behaviour will be.