Video games can help reduce the stigma of mental illness as popular video games fictionalize real life scenarios for entertainment. Video games that fictionalize the state of the world are often irresponsible and damaging, likely due to the portrayal of the video game’s interactive characters. Role-playing type games hold immense power by influencing our lives, but often negatively demonstrate the stigma of mental illness.

However, the game genre is an ideal place to work on improving mental health education by, instead, reducing the stigma linked to mental illness, and this is an opportunity to contribute to positively shaping the perceptions and attitudes of our population, especially our youth. Video games can help reduce mental illness stigma.

What can we do about Video Games and Mental Illness Stigma? 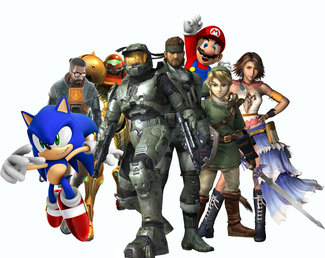 There is plenty that video game developers can do to reduce the stigma of mental illness. As a mental health educator in schools, I have witnessed the impacting, positive, and long term effects that mental health education has on our youth. The video game arena poses an immense opportunity to shed stigma and truly understand conditions such as anxiety, depression, bipolar disorder, and schizophrenia.

Currently, video games are pure fiction and, unfortunately, do not accurately represent the personal experiences of someone dealing with a mental health issue. Gamers are deeply drawn to the character in a fictional world, and through fact and education, we ought to be able to separate the dramatized stories of pure fiction from real-life experiences.

It is up to video game developers to inform the general public, especially youth, about the stigma that exists within their products, or at the very least, have a warning label explaining that the portrayal of mentally ill people are fictional and in no way reflect the reality of anyone’s experience. It would be miraculous and effective to have video game developers consult with mental health organizations and communities who can offer guidance for those developers who want to portray these ideas accurately. 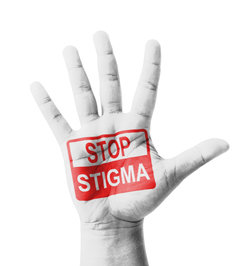 infer that these scenarios will not offer an exciting and enticing story or character. For instance, bipolar psychosis poses many interesting experiences of people having grand ideas of adventure, some have seen the stars beneath their feet as they travel to other galaxies in their own mind, and there are countless opportunities to demonstrate the true depths of a character experiencing mental illness in an accurate view.

Imagine if we actually had video games that shared true portrayals of mental illness and, in turn, educated people, making them better equipped to handle their own mental health conditions. I consider this not only as an opportunity, but a brilliant and innovative approach to video game development which, in the long term, will help destroy the stigma that mental illness is somehow shameful, dangerous, violent or scary.

Video game developers are not infringing on people who experience mental illness who genuinely want to share their compelling story, but, instead, both parties are selflessly opening up a dialogue that reduces the stigma of mental illness in a very encouraging and effective way. I understand that video games are an art form, and they exist to entertain, not to diagnose, but this arena is presented with an immense opportunity to change the way that many, especially youth, perceive mental illness, and at the same time, they may even contribute to making this world a more accepting, understanding and respectful place to live.

If video games contribute to our perception of this world, would such an approach of portraying accurate mental illness experiences have a positive impact on the gamers who play them?

The Stigma of Side Effects of Having a Mental Illness
About Laura Barton, Author of 'Surviving Mental Health Stigma Blog'
Tracii
August, 31 2015 at 11:25 am

While I agree wholeheartedly with the opportunity to use this medium to address stigma, it is a dangerous endeavor. People begin with good intentions but can go astray. Even in your example - how exactly are you portraying this person with psychosis? Is it part of their schizoaffective disorder? Bipolar? From another source all together? In any case, if the game presented in a way that this was their life all the time, that's grossly mistaken. But the bigger problem is, by focusing on the illness you are reinforcing stigma. Stigma is, at its core, saying "You are different from me, you're not one of "us". A story that focuses on the symptoms of the illness rather than the person as a whole is going to be stigmatizing regardless of how non-violent it is.