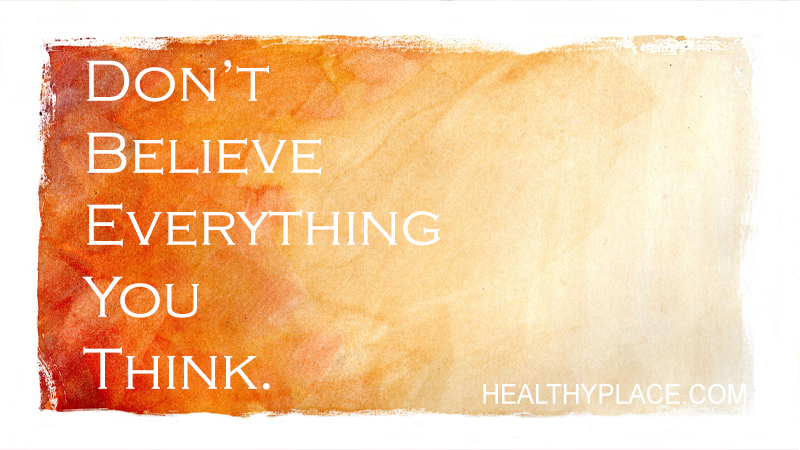 Cognitive distortions change your reality in a negative direction, and are controlled by what you think about yourself and your world. Stigma is undoubtedly created by outside forces such as schoolmates, colleagues and the media. But I argue that a good portion of stigma stems from how we think about ourselves, how we describe ourselves and what faulty thinking patterns we have adopted to cope with mental illness. So identifying your cognitive distortions will help you fight self-stigma, which in turn fights social stigma.

Cognitive Distortions Affect Everyone at Some Times

At the treatment centre I work at, I facilitate a weekly psychoeducational class on cognitive restructuring. In a nut-shell, this approach helps clients identify and correct faulty thinking patterns, or cognitive distortions. Whether you are a client of mental health and addiction services, or just your regular every day citizen, you will fall victim to cognitive distortions. They happen to the best of us and no one is immune.

And the first step toward correcting cognitive distortions is being able to identify them.

Four Cognitive Distortions You May Know

This cognitive distortion is just a fancy word that means that you are viewing a situation in the worst possible way. Someone who catastrophizes may view a mental health diagnosis as the 'end of the world' and that there is 'no point carrying on.' Whereas, another way to look at it is as an opportunity to finally get some understanding regarding your chaotic thought patterns.

If you catch yourself catastrophizing, the best thing you can do is analyse the evidence. Would an outsider looking in come to the same dark conclusion as I? What is the evidence for and evidence against my prediction coming true? What would I tell someone else in this same situation?

This is a cognitive distortion that directly relates to self-stigma. You tend to only hear the negative and ignore the positive. If you haven't been late for work in six months and one day due to your depression, you are late and therefore label yourself as a failure, or unable to cope, instead of focusing on the tens of days that you were in fact able to cope and arrived on time.

People who recognize jumping to conclusions as a cognitive distortion have noticed that they tend to hear one piece of information and immediately interpret things negatively, even if there is no evidence to support the worry. 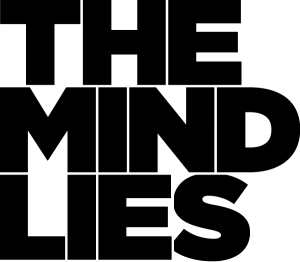 Someone may give you the cold shoulder on the street and you could think 'he must know that I've been in a psychiatric hospital,' or 'someone must have told him that I'm crazy.'

Instead, you could look at it in a way that allows for all the complexities of human life. That person may have just received terrible news and just didn't wish to speak to anyone at the moment. They may have been late for work. They may have not even seen you. The list goes on. Once again, the quickest way to combat this distortion is to examine the evidence. If you can't find evidence to support your thought, try thinking a different way.

This cognitive distortion simply refers to believing that your negative emotions reflect the way you actually are. I feel bored, therefore I must be boring. I feel hopeless and that must mean I truly am hopeless. Or, I feel guilty, therefore I must actually be an awful person.

It is important to remember that simply thinking something doesn't make it true. We have thousands of thoughts per day. Some of them are rational, but many of them are not. And just because a thought enters your head, it does mean that it deserves a place in your mind.

The Right to Bear Arms vs. the Right to Mental Health Care
Remembering the Forgotten: Your Response to Dementia
Jamonica
April, 4 2021 at 6:39 am

Hi Jamonica. I know the feeling of reading something and thinking, "wow, this seems like what I'm going through!" Seeking out information and help to assess the information and cope with it is a great step to take. HealthyPlace has a number of resources you can check out, which are available here: https://www.healthyplace.com/other-info/resources/mental-health-hotline-numbers-and-refer…. I wish you the best moving forward with your anxiety and mental wellness.

it looks like there hasnt been any comments for quite sometime here on this comment board.
I suppose there are alot of perfect people out there and for the most part just dont want to share..
Well I am the poster child of all that is written here about mental illness.
I am a mess.A complete failure and not a living soul to help.
I am far beyond help as I have always been by self trying never trusting anyone .
And too always trying to fix me by myself.

Do you not think that you are perpetuating a sense of superiority with this article.
If someone believes that they are mentally ill then thats fine. If someone denies it and believes they have been the victim of misdiagnosis yet the stigma card is being used against them in spite of physical disease evidence then you have every right to stand up for your rights.
Dont be brainwashed by psychs or articles like this.

Hi Kellie,
I'm the current blogger for the Surviving Mental Health Stigma Blog. I'd love to give you a response, but I'm not sure where you're coming from with this comment. I've read the article to see if I could see what you might mean, but I'm still lost. Maybe you can help me out?
-Laura

I think I have been the biggest deterent to my own recovery. I've been afraid that if I accept my illness, I will become the illness. Talk about crazy thinking! I, too, have to consciously redirect my thinking many times during the day, away from the thoughts that take me down the path of being my guilt,shame, resentment, fear, etc. Thank you for the reminder that I have the ability to identify and evict these thoughts.

Hi Patricia,
Glad to hear that the article helped a little. You have the power!
Chris

Thank you for the comment Cindy. You hit the nail on the head!

Hi Chris! I've found that I get caught in the "I should have...",or the "Why didn't I..." mode at times. I have to make an effort to stop and tell myself that I can't change the past, and can only change how I respond in the future. It's something I'm much more successful at now than before. I definitely make an effort to watch my self-talk and self-thoughts. Stigma can't be beaten in society if we can't eliminate stigma from our own thoughts.