Why Do People Self-Harm Even When They're Happy? 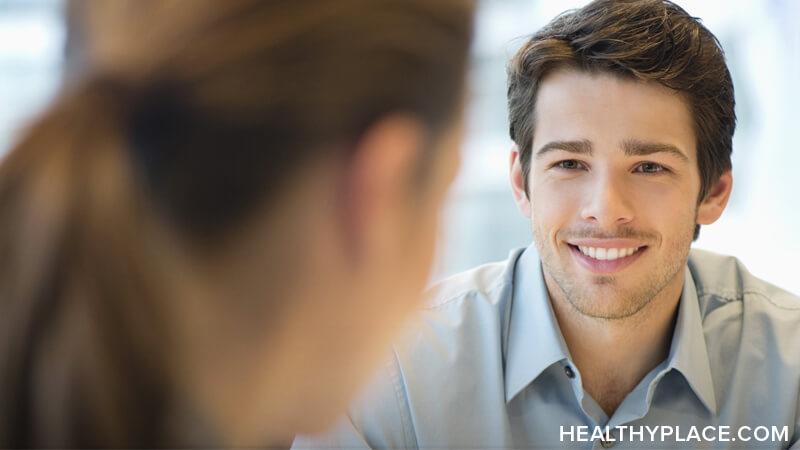 Self-Harm When You're 'Happy'

Sometimes people self-harm when they appear to be happy. Not everyone who seems happy is actually happy, of course. I remember once in high school, an acquaintance read a poem of mine and expressed her surprise at how dark it was. "But you're such a happy person!" she said.

I was shocked. She had no idea how many days I struggled just to get out of bed; she'd never noticed the marks on my arm. All she recognized was that I smiled when people spoke to me, and made jokes when I could to lighten the mood.

Low mood, persistent or otherwise, isn't always easy to recognize in another person, particularly if they are actively trying to hide it. In many cases, people who are adept at hiding their habit of self-injury are often just as capable of hiding their emotions.

Why People Self-Harm Even They 'Should' Be Happy

Low mood can certainly contribute to self-harm cravings. However, it is not the only possible trigger.

Stress, for example, is a common trigger—and it doesn't always have to be negative. Eustress (positive stress) is the reason we feel exhausted at the end of a fun party or a day at the amusement park. Even on joyous occasions, eustress can affect us in much the same way as negative stress—including triggering unhealthy coping mechanisms such as self-injury.

Additionally, self-harm triggers may be rooted in past traumas that have nothing obvious to do with the present moment. An otherwise enjoyable day might contain a subtle reminder of a bad memory or past trauma.

Finally, for some people, even good feelings can be triggers. Imagine, for example, that someone with incredibly low self-esteem wins an award for something they created. They might feel happy at first, only to feel guilty because they believe they do not deserve such happiness. This, in turn, might push them to self-harm as a way to punish themselves, or as a way to release those feelings of guilt.

Finding Happiness in Spite of Self-Harm

It can be dispiriting to realize that even good days can be bad days for people who self-harm. But on the other hand, the fact that self-harm is not inextricably connected to mood is also a reason for hope—just because you self-harm now, or have in the past, doesn't mean you can't find happiness.

I may not be the cheerful, carefree person that girl in high school thought she saw in me, but I do have more good days than bad now—something that used to seem impossible, back when I was hurting myself. Yes, sometimes I still think about it, even on the good days. But the difference is, I no longer feel like I need to hurt myself to cope with my feelings—and living without that burden is a kind of happiness, too.

Did or do you self-harm when you're happy? How do you recognize your triggers? Share your thoughts in the comments.

Tags: self harm even when happy

APA Reference
Kim Berkley (2020, March 5). Why Do People Self-Harm Even When They're Happy?, HealthyPlace. Retrieved on 2022, December 4 from https://www.healthyplace.com/blogs/speakingoutaboutselfinjury/2020/3/why-do-people-self-harm-even-when-theyre-happy

Do Self-Harm Scars Ever Go Away?
Coping with Self-Harm Triggers During the COVID-19 Epidemic
mick
September, 4 2021 at 6:58 am

when i first started to self harm it was to release all the negativity i was feeling, i was feeling mad, worthless, sad, frustrated to name a few but as the days turned to weeks, weeks to months and months to years i started to find myself self-harming when i was happy, i started studying again and felt so overwhelmed i cut, i met a girl i felt so happy and then got crushed and the only thing i could do was cut to deal with the agony, now im noticing that it doesn't actually matter how i feel because the thoughts of self-harm are random whether im happy or sad. i was told through the years of self-harm and dealing with a lot of mental health issues that i have emotional detachment which can be a positive because i stay calm but its a negative because i have a build up of emotions that i dont know how to show or let go, but we all have to take it one day at a time and hopefully we will look back on this years to come and be able to understand more about our selves

For me, it began as a coping method when I was angry or upset. But the longer it went on, the less it took to trigger me, and eventually, it was just an addiction that I needed no matter how I was feeling. So yes, it could have been a pretty good day, where one would expect me to be happy, but I still felt such strong urges to self-harm that I just couldn't get rid of until I had acted on them.

Hi, Katie. I'm glad you pointed this out—self-harm can become emotionally addictive for many people, to the point where (like you said) an obvious trigger isn't really needed for cravings to occur. Just like any other addiction, a seemingly good day won't necessarily prevent someone from feeling like they want, or have, to hurt themselves. And that can be really hard to understand for people who don't understand addiction, or who don't recognize the addictive potential of self-harm.
Thank you so much for sharing this, Katie. I know it can't have been easy to live with those feelings, but by sharing them here, you're helping all the others reading who might have felt the same—and perhaps even thought they were the only ones to feel that way—remember that they are not alone.