Self-Harm and Plastic Surgery: Your Skin Is Not Botched

In the realm of reality television and social media, people on shows about plastic surgery and ways to change your body have become royalty. People have a genuine interest in following the lives of absolute strangers just to imagine how it would feel to have their skin sculpted into anything they wish. You’ve seen shows and read articles about people getting surgery to look like Barbie dolls or celebrities. Not only is it frightening to get that much surgery, it is sad that people don’t feel comfortable enough in their own skin and appreciate who they are.

Those who self-harm also have insecurities concerning their skin. Even though some scars are not always that noticeable to the public eye, the person who has them may feel as if they stand out like a bonfire. Some people purposely make self-harm scars that say dangerous words or represent unsafe things because they are unhappy with how they look and want to express those emotions in a physical way. It’s scary that some of these thoughts can root from the media and shows that portray what “perfection” is supposed to look like.

Perfection isn’t realistic, but happiness is. 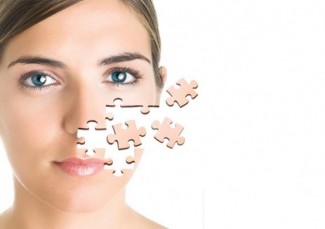 I will admit, from time to time I will watch shows that have people going through the painful transformations of plastic surgery. I think reality and entertainment television allows people to escape their own world and jump into someone else’s – someone’s who may be a little tougher than their own. It has seemed that most of the people in these specific shows have very little self-confidence and believe that by getting surgery after surgery, they will sooner or later be happier with who they are.

We all know that to be somewhat untrue – you must be happy with who you are on the inside first (as cliché as it sounds).

On occasion, I have watched an episode or two of “Botched” -- a show about people fixing bad plastic surgery. The more I watched, the more intrigued I got by the women, and men, on the show who so desperately wanted to change the skin they had been born with because they are unhappy with themselves. In a way, that mindset is similar to those who self-harm. When an intense rush of emotions takes over, self-harmers believe that one way to control those feelings (even though unsafe) is to scar the skin you were born with.

It often takes years to feel comfortable in the skin you wear and for those who self-harm, seeing scars marking your skin day after day can be more than difficult. Instead of looking at the scars or burns as painful memories, see them as battles won and lessons learned. Each mark represents a challenge you faced (self-harm help).

For those who have noticeable scars that are tough to hide, this concept may not be the easiest to grasp. However, by looking at your scars and seeing them in a light that can help move you forward, you will find yourself more confident in the body you own. Don’t continue to mark up your skin because you are unhappy with it. Be proud of the body you have and the person you are.

APA Reference
Aline, J. (2014, November 10). Self-Harm and Plastic Surgery: Your Skin Is Not Botched, HealthyPlace. Retrieved on 2021, April 18 from https://www.healthyplace.com/blogs/speakingoutaboutselfinjury/2014/11/skin-beautiful-not-botched

I agree completely. As someone who still struggles and probably always will with mental illness and self harm it's easy to forget that you're allowed to accept things about yourself that you have done mentally and physically. The only time I really ever think about them other than seeing them once in a while throughout the day is when I'm in a public place handing money to a cashier or shaking someone's hand etc. It becomes a little uncomfortable, even embarrassing in a way because they not only see the marks and assume, they assume that you're flawed. Not just physically marred but also that there are underlying issues you have mentally to do those things to yourself. They usually don't know anything about self injury or anything that comes along with it but it still remains awkward. The older I get the less and less I tend to worry about it since I am in recovery. I don't look at them and think they are hideous or that I ruined myself in anyway, I have come to accept that they are a part of me, but they aren't all of me.