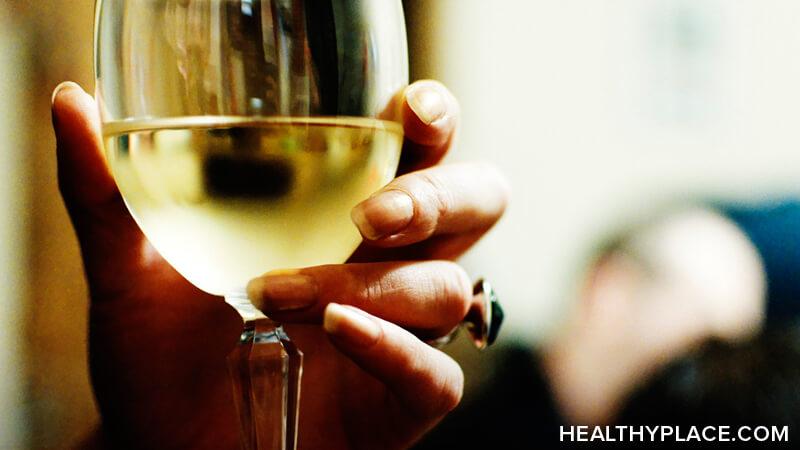 I have recently quit drinking. Drinking has negatively impacted my life for the past few months and I decided to stop a couple of weeks ago. I am hoping this will put me on a path to a healthier life both mentally and physically.

Alcohol has always been around in my life, but it has only been recently that I viewed it as a problem. We always had beer and wine at family get-togethers, and as a teenager, I studied abroad where alcohol was readily available to young people. I partied occasionally when I first went to college after high school. There was nothing really out of the ordinary.

Drinking Even After My Diagnosis

I was diagnosed with schizoaffective disorder in my early 20s, and while I've always known that you shouldn't drink while on medication, I thought it was unrealistic to ask me to stop. I was finally of legal drinking age, and despite my mental illness, I wanted to do what everyone else does in their 20s -- to have fun and enjoy my youth. I shouldn't be denied that.

My Recent Experiences with Drinking

Since my daughter was born three years ago, I had been drinking as a way to escape the stress of motherhood and the uncertainty and drama at my work. It wasn't a daily thing but still frequent -- usually two or three times a week. I spend a lot of time at home so I felt it was safe. I didn't drink to get completely drunk. I just wanted a buzz and to feel relaxed.

However, in the past few months, I wasn't able to achieve a buzz and I certainly didn't feel relaxed. I would drink and just feel anxious and angry. I would have intrusive, repetitive thoughts about things that haven't even happened. It was classic catastrophizing. Getting sleep was nearly impossible when I was drinking. The racing thoughts just didn't stop. Everything and everyone offended me. I also felt a bit of paranoia. I thought everyone was angry with me. I would second-guess my every word and move and overanalyze what everyone else did.

I experience anxiety and anger on a normal basis, but when I drank my symptoms were tenfold. I was absolutely miserable but would drink again anyway. I thought that maybe the next time it would feel good again.

Finally Doing Something About My Drinking Habit

A couple of weeks ago it finally sunk in that I was in a horrible pattern. My life's not perfect -- the stressors are definitely there, but drinking made me feel horribly worse. I drank to escape and relax but it was doing the exact opposite. I could either continue to feel miserable or I could stop. The correct choice was obvious but the decision was not easy. I'm embarrassed to say that there were several weeks between first noticing the problem and finally deciding to do something about it.

I have now learned to always pay attention and listen to my body and mind. If you know an unhealthy habit is negatively affecting your life, don't wait to address it. It's time to take care of myself.

Have you overcome an unhealthy habit? I'd love to hear your story. Please feel free to leave a comment.