Mentally Ill Child and Siblings Can Spread a Parent Thin 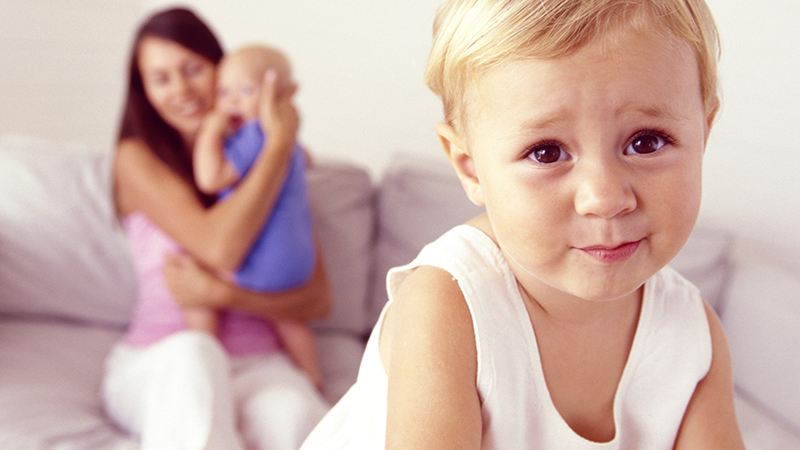 No parent wants their children to grow up and accuse them of paying more or less attention to them than one (or more) of their siblings. But if one of your children has a psychiatric illness, the scenario is more likely to become reality than not.

Like it or not, there's only one of me. I can think of many people grateful for this, but not my kids. If Bob had his way, he and I would be joined at the hip 24/7. While it seems most boys his age are trying to get away from their mothers, Bob hasn't reached that point yet (because of his emotional immaturity).

It's exhausting. I'm often reminded of a scene from the movie Beaches, where an adult CeCe Bloom is told by her aging mother, "I can't pay anymore attention to you, CeCe. Your whole life, no one could ever pay enough attention to you."

I feel that way with Bob--a lot. His attention-seeking behavior has grown even more prominent over the past several months. It's not just me; he fights his brother for attention from other family members and even our adult neighbors. 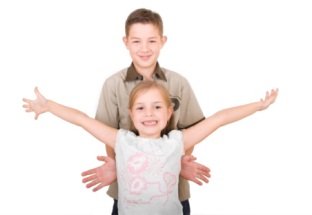 Part of the relief I feel when he goes to his father's house is my ability to finally pay attention to my younger child without either feeling guilty for it or having Bob interject. Even though my youngest is only three, and certainly requires more of my attention by nature, I often feel I can't give him any attention because Bob won't allow it. If I do give in to the natural pecking order and give the younger my undivided attention for any period of time, the resulting "no one loves me" pouting session from Bob makes me feel guilty enough to avoid it at all costs in the near future.

Sometimes, however, I find myself "Bobbed-out" and the opposite happens--I pay attention only to the younger and all but ignore Bob. I don't feel good about it (especially with Bob hopping around me like a cartoon dog vying for my interest), but there are times when, much like Mrs. Bloom, I simply cannot pay anymore attention to him.

Now that summer school is over, Bob is home with me for the next 5.5 weeks. If I spent the mental energy on him he wanted in that time, I'd be ready for an extended stay at the "rest home" come September. I've been giving him random tasks, as well as frequent trips to the library, pool, etc. I just hope I can come up with enough distractions for him or we're in for a very long summer, indeed.

My Bipolar Son Returns Home: A Happier Homecoming
Blame Me For My Son's Bipolar Treatment? Yes, Please.
Kristin
August, 8 2011 at 8:48 am

I'm so glad to know this isn't just my son that's like this! He has never been one to play by himself. I certainly don't mind playing with his toys (except the army men....), but it does wear on you after a while. He has stacks of toys that haven't come out of the boxes in the 15 months we've lived in our home. This is one of the big reasons I haven't even thought about having another child right now. My husband and I have only been married for 10 months and it's been very stressful trying to balance the time. I am grateful that my son spends the weekend at his Dad's house so that we get time alone. It's important to have time without the kid(s) around. If we're not happy, it just adds to the stress.

I relate so much to your situation that I almost felt as if I were speaking those words. On top of having a son who has Bipolar disorder,ODD and possibly an ASD. I recently became a single parent again and went back to work in January. My Son's behavior and mood has gotten so out of control he has been hospitalized twice, and other more serious consequences have occurred. Luckily and i used that word loosely, my job is allowing me to work from home. The only problem with that is that is that my attention is demanded all day long. Any little thing can set him off and cause a two hour battle. So 6 hours of work actually takes me from 8 or 9 in the morning until sometimes 7 or8 at night and I feel like I am neglecting their real needs because I'm being interrupted all day. There is way more to this story, but this is just supposed to be a comment, I as well feel guilty for taking attention from my daughter who is younger, and is unfortunately resorting to getting my attention in negative ways as well. I think my biggest problem honestly is that even though he has professionals working with him, and he has an adult friend that he really opens up too, I feel left alone to bear all the weight of making him well.

I can totally relate to how you feel. My son is having more of a hard time lately since transitioning in to middle school. My daughter will be not so nice to him since he needs so much one on one time. The fact that he is having so much trouble is causing his sibling to feel frustrated most of the time. I am just going to do the best I can to alternate between the two and still find time to do everything else. Lord, knows I love them both and would not ask for an easier task.

This is my number 1 issue, especially in the summer. On top of that my son with bipolar and my other son have completely different interests, so there is no where we can go that they both enjoy. There is never enough of me to go around.

I am sooooo feeling you!!!!! My step-son is with his mom for the next several weeks and as ugly as it sounds, I'm enjoying the silence. He's easily bored, and very needy - attached at the hip as you said. And I also have a mental illness. Thank you for posting this because I no longer feel so alone. God speed to you.