Last night, Bob returned home after spending a week with his biological father. It's always an adjustment, but last night's return seemed to go more smoothly than homecomings past. 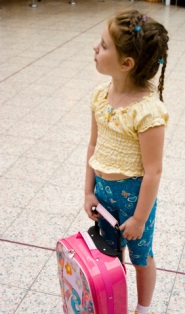 There really wasn't much difference between this month's return and last month's. He was gone the same number of days, taking the same medications and being every bit as wound up on his return as ever. This month, however, I think the rest of us--the ones he came home to--made an effort to re-frame our thoughts on the matter.

So last night, on my way to pick him up, I resolved to actually do the best I could do. "Fake it til you feel it," right? When he got in the car, I gave him a hug and kiss and told him I was glad to see him. I asked him about his "vacation" and, surprisingly, he obliged me with answers. He was wound, for sure, but he was in good spirits, and I did my best to keep it that way.

My husband did, too. He wasn't turning cartwheels, but I could tell he was making a genuine effort. And the evening went without any drama.

As I was putting Bob to bed, I noticed he was upset and missing his father. I told him I knew it was hard, but I was happy to have him back, and so was his brother and stepfather. He asked why his brother didn't say as much; I explained his brother is 3 and doesn't know how to verbalize his feelings. 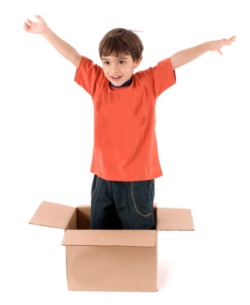 I told him some men don't like to talk about their feelings like that (which in this case is mostly true). "I do," he said. "I'm all into my emotions." And he laughed.

"Yes," I said, "you are. You're more sensitive than a lot of dudes." And I smiled at him to let him know that's okay.

Because it is okay. He is who he is, and we love him.

Sometimes we just need to remind ourselves.

Amen, girl! I'm a step mom. My husband and I have both felt the same way. It's ok. Parenting isn't easy, but you care and do the best you can. Thank you for making me feel like I'm not alone!