A Respite From My Bipolar Child

Bob has been at his father's house since Friday evening for the first half of his winter school break. He won't be home until next Sunday--meaning nine days of life without Bob for us. Of course, I miss him--but truthfully, it couldn't have come at a better time. 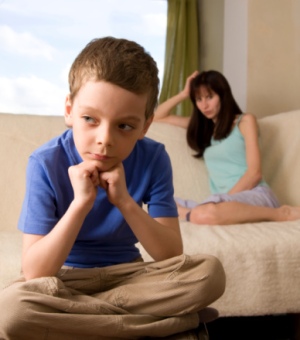 It's been a tense last couple of weeks here. Since Bob's reaction to the Loxapine, and the resultant discontinuation of it, there's been a slow but steady decline in his mood. He tends toward depression this time of year anyway--now, with the added drama from Dad about his medications, his general state of mind is even worse.

And guess who is the target for his anger?

Really, it could be any of us in this house who dare to cross him--his younger brother, who might dare to pick up one of his toys; his stepfather, who might tell him (for the 12th time) to pick up his shoes; even his beloved cats who normally are his closest allies. Mostly, however, it's me. I have become Public Enemy No. 1. 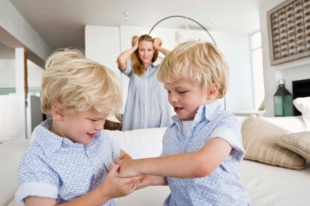 I can't explain why, because there's no real rhyme or reason to it, other than I'm Mom. Mothers tend to take the blame and the brunt for the majority of life's difficulties, don't they? Bob's life is made particularly difficult by the challenges his bipolar disorder presents, and I am, by far, the best scapegoat. The logic behind this is obvious--you can get mad as hell and Mom will never leave you.

Stress of Parenting A Child With Mental Illness

That's not to say Mom doesn't get mad, too. And this past week, I found myself getting madder and madder. I've done nothing to hurt him. I've bent over backwards and turned cartwheels to try to help him, to try to make him happy, to try to make his life as stress-free and easy as it possibly can be. Yet, the way he talks to me the past week or so is enough to shock Super Nanny. The tension in our house has been so thick for the past week and a half, you could cut it with a plastic knife.

So when I dropped him off Friday evening for a nine-day visit to Dear Ol' Dad's, I can't say I was particularly upset. Which was upsetting in and of itself.

I'm trying not to dwell on it. Instead, I'm trying to enjoy the more relaxed atmosphere at home while Bob is gone (of course, I've come down with a cold and am only half done with Christmas shopping, so that might be easier said than done) and not worry about him too much (also easier said than done). I'd like to think we just needed a break from one another and he'll come back pleased as punch to be home.

I know, I know--Just let me revel in that fantasy a bit, okay?

Dear Lady,
I am bipolar and I'm 42 years old. I can't imagine what it must be like suffering from this disorder at such a young age. I had my first episode and mania 2 years ago and almost went bankrupt. One thing I'd like to tell you is that even being a grown woman I also lashed at my mother and blamed both her and my father for everything I thought it was wrong with me. I had to be comminted, but I want to enourage you not to lose faith in finding the appropriate treatment for your son, because after 2 years of medication and therapy I can tell you that my mood swings are under control and I can fucntion in society again, it takes a while but the right medication and treatment really helps. I hope my words can comfort you at such difficult times.
Best
Samar Ferraz (From Sao Paulo , Brazil

Thank you for your post--it certainly is helpful to hear positive stories like yours. I wish you the best,
Angela