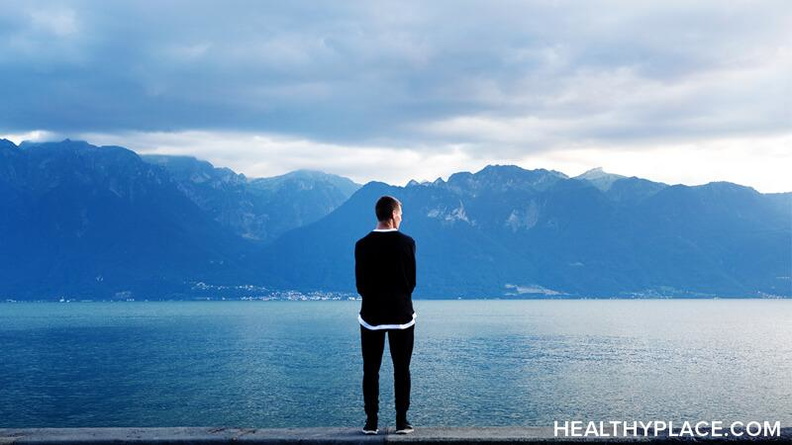 Self-compassion and positive self-talk can help create a blissful life. You can also try overcoming negative self-talk with a writing exercise. And if you still want more self-talk options, try reading: Self-talk: Managing Your Inner Voice.

APA Reference
Hoskin, A. (2015, May 30). Combat Negative Self-Talk with the Three Cs, HealthyPlace. Retrieved on 2023, February 7 from https://www.healthyplace.com/blogs/livingablissfullife/2015/05/combat-negative-self-talk-with-the-three-cs

Create Blissful Living in Your Kitchen in 5 Easy Steps
Reasons To Be Present
Morgan Meredith
November, 1 2018 at 1:26 pm

The Three C's for Combating Negative Self-Talk:
1) Catch it
2) Check it (against reality)
3) Change it

Can we please have the three C's explained in writing. A video is all very well but harder to follow and retain. The C's are the sort of thing you want to refer back to again and again and for that a hard copy of an explanation of them, for me, is ideal. Thanks

Hey Brian, I grabbed a quick transcript of the video for you. It's not put together in terms of sentence division and such but I hope this is helpful. I'll also follow with a comment that just details the 3 C's.
hi my name is Arley hoskin co-author
of the living a blissful life blog today
I'm going to talk to you about negative
self-talk negative self-talk is one of
the things that can hinder us from
living a blissful life there are several
ways to combat negative self-talk today
I'm going to teach you a technique I
recently learned called catch it check
it change it I'll use an example from my
own life a couple of days ago I was
trying to brush my teeth while getting
ready for work and my daughter started
throwing a tantrum she's about a year
and a half so I normally try to wake up
and do everything I need to do to get
ready before I get her out of bed but on
that particular morning i slept in a
little and she wasn't liking it she was
throwing a fit and i caught myself
saying i am the worst mother in the
world so step one catch it my negative
top self-talk was I'm the worst mother
in the world step 2 check it check it
against reality now in this instance
it's quite obvious that brushing your
teeth doesn't make you the worst mother
in the world but in that moment I said
it I said I am the worst mother in the
world I said it in my head well checked
against reality that's not true there
are lots of things that would make you a
worst mother than brushing your teeth in
fact brushing your teeth isn't bad at
all why would I think such a thing it's
actually a good example for my child so
the third step is change it often times
are negative self-talk thoughts don't
make any sense at all and so when we
change them in light of reality we can
see that they're actually positives
often times like in my instance I'm not
the worst mother in the world I'm a
mother and I'm a mother of a toddler
which can be challenging at times
especially in the morning when I'm
trying to get ready for work
so as I caught myself thing and the
worst mother in the world I checked it
against reality and then I changed it to
a positive I'm not the worst mother I'm
just a mother and that can be
challenging and draining at times and in
acknowledging that i was able to kind of
roll the stress off my shoulders and get
on with my day and that's the goal of
these exercises don't let negative
self-talk get you down catch it check it
change it thanks for listening to this
video and thanks again for visiting
healthy place

Catch it , Check it, Change it
Good stuff, but had to listen through 4 times to clearly hear what they were.. How about a simple graphic , thankx

That's a great idea. Thanks for the feedback. I'll see what I can do about a graphic.