How to Take Charge of Your Bliss Breakthrough

I wonder how many times people give up just before a breakthrough - when they are on the very brink of success. ~ Joyce Meyer

Never Give Up on Your Bliss Breakthrough 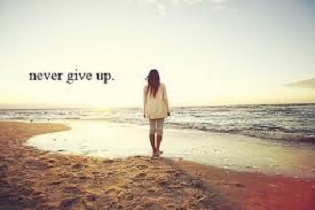 Fundamentally, a bliss breakthrough is a vivid self-conscious discovery that comes upon you suddenly. It has been called an “ah-ha” moment. It is surrendering that which is broken in your life and operating at a different level of thought to ultimately uncover a step forward in your way of being, doing and thinking. That said, since we don’t all want the same thing, everyone’s bliss breakthrough will feel and look different.

There are many stories about people who took charge of their bliss and declared “never give up.” For me two amazing examples come to mind.

Sir Winston Churchill failed sixth grade. In his adulthood he was defeated in every election for public office but ultimately at the age of 62 he became Prime Minister of the United Kingdom. He is the only British Prime Minister to have won the Nobel Prize in Literature. In what has become a famous speech, he said,

Sir Sidney Poitier, after his first audition, it is reported the casting director asked him, “Why don’t you stop wasting people’s time and go out and become a dishwasher or something?” Subsequently, once he did join the theater he was rejected by audiences. Poitier recalls he was determined to hone his skills and decided to devote his life to acting. Later for his role in Lilies of the Field, Poitier became the first person of color to win an Academy Award for Best Actor.

Mr. Churchill and Mr. Poitier chose not to give up. Instead they turned the page to a new chapter and ran toward what they believed would bring them bliss. If yours is living a blissful life, choose to take charge of your bliss breakthrough. You are on the brink and can make it so. Facing challenges don’t have to tether you to the circumstances of the past or present. Seize the moment, seize the day and run towards your joy, personal fulfillment and happiness.

Seven Ways to Take Charge of Your Bliss Breakthrough

Take charge of the change you wish to see. It is time for you to set the stage for your bliss breakthrough. Here’s how:

The first step towards getting somewhere is to decide you’re not going to stay where you are. ~ John Pierpont Morgan

APA Reference
Savion, S. (2014, June 28). How to Take Charge of Your Bliss Breakthrough, HealthyPlace. Retrieved on 2023, February 7 from https://www.healthyplace.com/blogs/livingablissfullife/2014/06/take-charge-of-your-bliss-breakthrough

Barriers to Bliss: How to Move Forward Toward Happiness
Lose Codependency and Win Your Independence