How to Ask for Help for Dissociative Identity Disorder 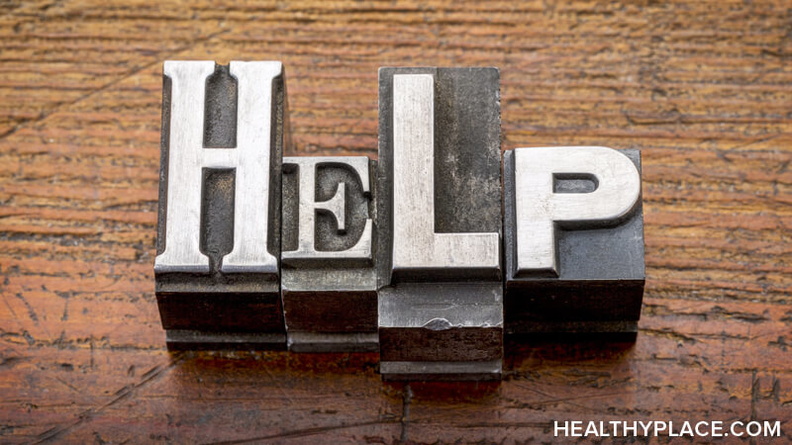 It can be very difficult to ask for help for dissociative identity disorder (DID). People with mental health struggles, including people with DID, often need help and support from people on the outside, whether it be doctors, therapists, family, or friends. Sometimes, it is obvious to others that we need help (Dissociative Identity Disorder Signs and Symptoms). But what happens when we need help for dissociative identity disorder and have trouble asking for it?

Why It's Hard to Ask for Help for Dissociative Identity Disorder

Dissociative identity disorder is most often the result of continuous trauma occurring in childhood (Causes of Dissociative Identity Disorder). Over 90% of people with DID have experienced child abuse and/or neglect. This abuse has long-lasting effects on the survivor.

People who have experienced trauma and abuse in childhood are often told, sometimes even threatened, not to tell anyone about it. This instills tremendous fear and anxiety. As a result, the child is afraid to tell others about what is happening and fears asking anyone for help. This fear can carry on into adulthood.

Asking for Help with DID Can be Triggering

Many people think it's easy to just say "I need help." It can be difficult to understand why asking for help isn't so easy when you have DID. Asking for help makes you feel vulnerable, which can be a dangerous feeling for someone with DID. It can also be triggering. Some parts, or alters, may fear that asking for help will result in punishment because that is how it was in the past; they don't always understand that the past is not the present.

Protector alters can shut outsiders out in an effort to protect the system. This can get in the way of asking for help and taking in support from others. They aren't doing it to sabotage the system; rather, they believe it is the best and safest way to protect everyone.

Use These Skills to Ask for Help for DID

It may not be easy to ask for help for dissociative identity disorder, but there are things you can do to make it a little less challenging.

Asking for help for dissociative identity disorder isn't easy. It takes time, patience, and a lot of strength and courage. But help for DID is out there.

Tags: help for dissociative identity disorder help for DID

APA Reference
Matulewicz, C. (2018, January 31). How to Ask for Help for Dissociative Identity Disorder, HealthyPlace. Retrieved on 2023, February 2 from https://www.healthyplace.com/blogs/dissociativeliving/2018/01/why-its-difficult-to-ask-for-help-when-you-have-did

Resolution to Manage Dissociation in DID for the New Year
Introduction to Becca Hargis, Author of ‘Dissociative Living’
Sally
February, 15 2018 at 6:15 am

I have trouble knowing what help to ask for.

That is understandable. I have also had that experience. Sometimes, when you talk it out, you figure out more of what you need.