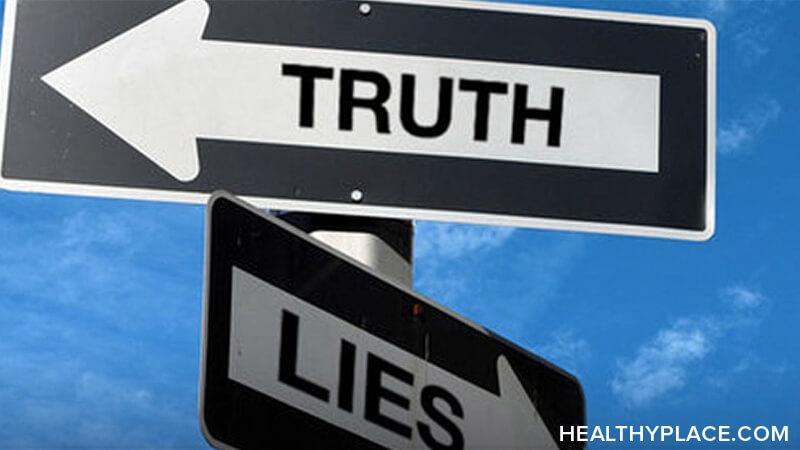 There are people who fake having mental illness for many reasons, and dissociative identity disorder (DID) is one of the many illnesses that is faked. Some people claim to have DID, then come out to friends, family, and/or support groups that they have been faking their DID. But is it really faking, or is there something else really going on?

I've seen it happen so many times in DID support groups. Seemingly out of nowhere, a person makes a claim that they have been faking DID, and apologizes to everyone for lying. People tend to feel anger and frustration because they jump to the conclusion that this sudden admittance must be true.

It's important to realize that dissociative identity disorder faking claims aren't always true. It may just be denial coming into play. It may be an alter or host protecting the system in the only way they know how. It may be done out of fear or confusion. But that doesn't mean it's true.

Reasons Why Someone Might Claim to Be Faking Dissociative Identity Disorder

The Strong Impulse to Deny DID

Having DID is tough. Acknowledging you have it can be even tougher. For some people, there is a strong urge or impulse to deny that they have dissociative identity disorder at all. This is common soon after a DID diagnosis or any major mental illness diagnosis. Denial is a part of grieving.

But what many people don't realize is that the impulse to deny your DID can come up at any time, even months or years after diagnosis. It can be confusing when a person who has been open about having DID suddenly denies ever having it. But sudden change doesn't mean his or her DID isn't real, or that he or she is faking it. It's a form of denial -- and one that is completely understandable.

Alters Can Be Misleading About DID

Another complicated issue that comes into play in these instances involves alters. In some situations, an alter may come forward and claim that there is no DID, that it has all been a misunderstanding, or even that they have been lying about the diagnosis.

There are multiple reasons that this misleading claim by alters can happen. In some instances, an alter may not be aware that they are actually an alter and, therefore, not be aware of the DID. In other instances, an alter may feel like it is unsafe for one reason or another for outsiders to be aware of the system, so they claim they are faking it to push those outsiders away. Protector parts have been known to do this as a way to protect the system after a trigger.

How to Help Someone Claiming to Be Faking Dissociative Identity Disorder

If someone you know claims they are faking DID, don't just take his or her claim at face value. Don't jump to conclusions right away. Don't attack.

Instead, try to ask questions. Offer support and understanding. Try to find out what's been going on, what possible triggers there may have been that led up to the situation.

More times than not, you learn that the person isn't faking dissociative identity disorder after all.

Is Trauma Necessary for Dissociative Identity Disorder (DID)?
Is Using Dialectical Behavior Therapy (DBT) in DID Treatment Okay?