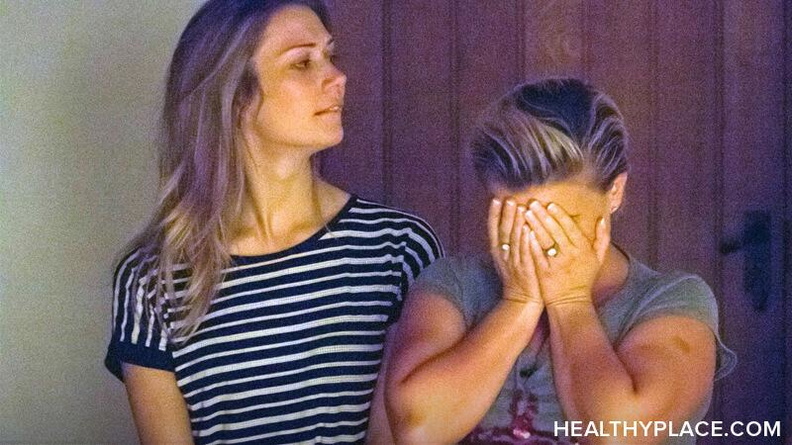 Recently a reader asked how to get over the feeling that her sister is faking dissociative identity disorder. If you doubt your friend or family member's diagnosis, I think it's important to identify why you're skeptical. What in particular has you questioning it? Write it down, and be specific. Now find out everything you can about each of those nagging suspicions. I'm willing to bet a healthy majority of them are based on common misconceptions about dissociative identity disorder. Of course, that doesn't necessarily mean you're wrong. Sometimes people who say they have DID don't have it at all. That could be because they're pretending for some perceived gain, e.g. sympathy. But I believe the discrepancy is more likely due to misdiagnosis and genuine confusion.

A few years ago I was in a chat room frequented by people with dissociative identity disorder when a regular visitor entered and made a dramatic announcement. She'd been driving a familiar route and arrived at her destination with no memory of the trip. She said she had DID, but was alarmed about highway hypnosis, a mild form of dissociative amnesia. Either she was newly diagnosed and still wrestling to understand herself and her life in this new context, or she didn't have DID at all.

Was she faking dissociative identity disorder? I don't know. I encountered her many times when I was visiting that chat room and got the overall impression that she - and some other regulars - didn't really have DID. But purposeful manipulation isn't necessarily the explanation. If she didn't have DID, my guess is she genuinely believed she did.

Therapists make mistakes. And unfortunately there are still clinicians who are fascinated with DID, but don't recognize their own lack of necessary education or experience with it. Take someone with PTSD or some other dissociative disorder 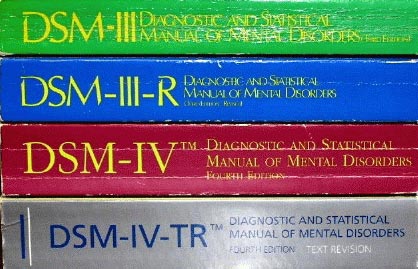 who's desperate for answers, send them to one of these overconfident therapists with little to no experience diagnosing and treating DID, and you might very well end up with someone who believes she has the disorder even though she doesn't. That isn't faking dissociative identity disorder. That's a misdiagnosis, plain and simple.

Ask yourself how you know what you know about DID. If a movie, television show, or bestseller is one of your top three sources of information, you're in no position to judge whether anyone has dissociative identity disorder or not. Psychology Major, you say? No, you don't know nearly enough about DID to determine the legitimacy of someone's diagnosis. Ultimately no one but a skilled clinician with experience diagnosing and treating DID can make that call.

If a friend or family member tells you they've been diagnosed with dissociative identity disorder, give their doctor the benefit of the doubt. If you have reservations, that's understandable. Ask questions and do your own research. But don't just assume they're faking dissociative identity disorder. You're more likely to be wrong, I think, than right.

Hi kerri,
"As for people who don’t believe relatives and friends, I can understand, because I appeared so “normal” to others, apart from anxiety issues and what seemed to be moodiness."
Yes! When I told my partner about my diagnosis - early in our friendship, before we started dating - she said, "I thought it was something like that." It shocked me. All my life people had told me I was "different" or "unique" but that's a far cry from having Dissociative Identity Disorder. Meanwhile those same people told me how smart, competent, and well-adjusted I was. I can easily understand why people who knew me for a very long time - unlike my partner when I told her - might doubt my diagnosis.
"Maybe education needs to be not just about DID, but how people can live incredibly different lives from the ones they portray, and how common this actually is."
That's a good point. I'm inclined to agree with you.
Thanks, kerri.

Hi Holly,
This is a very important post for people who have been diagnosed with DID, their supporters, as well as their doubters. I'm glad that you wrote about this.
I agree that research, research, and more research is the key here....whether you are struggling with your own diagnosis, or you are someone struggling to accept another's diagnosis.
Hi Poser,
My therapist is the only person I talk to about my DID other than coming here, but I wholeheartedly agree with Holly that with a lot of hard work, we can shift the paradigm of DID.....and we should so that we can overcome the myths that surround DID. It needs to be a collective effort, and I hope to be able to help with that one day.
Hi Paul,
"so many of us think we are frauds because of the natural mechanisms of DID. We are always questioning ourselves"
How true that is. I have accused myself of being a fraud many times...mostly in my attempts escape this diagnosis. I still find myself wondering...what on earth did I say to my therapist to make her think that I have DID? I must have fed her a total line of crap! But then someone will tell me about something I said or did but don't remember.....or I go back and read my journals, and then reality strikes again. So, like you said, acceptance is not something you obtain and then have it forever. We are constantly doubting ourselves....but I think a little self doubt can be a good thing. It actually forces me to do research and educate myself.

Couple other points:
I would say the worst faking is when criminals use it as a legal defense. It's not that common, but it happens. And it usually happens without any previous diagnosis. It's an attack on those of us with genuine DID and I find it unappealing to say the least.
Faking is a tricky subject because so many of us think we are frauds because of the natural mechanisms of DID. We are always questioning ourselves (most of us at least). I have found that acceptance is the most difficult area of dealing with DID and that acceptance is constantly in flux. It's generally not something you obtain and then you have it forever.

I don't have much experience with the faking part. I don't know that's at all common. I have read about it in "Rebuilding Shattered Lives", a very good clinical book which addresses the therapeutic process, including faking (malingering) and misdiagnoses (which I consider to be an entirely separate issue; and again I'm not that experienced with it to say anything about it). The misdiagnosing, I think, has to be seen in the context of other dissociative disorders. There is sometimes a gray area as to whether a person should be diagnosed as DID versus DDNOS. I'm not clear on the statistics. I just know it's a variable.

Holly-
One of the important pieces of information regarding DID is that it is a disorder designed to protect the system. Being "out" in public for all to see would be contrary to the diagnosis itself. Layman who know of DID think it's like the blatant changes like Sybil or Tara of "US of Tara" whereas in reality the switches are more subtle and come across as moodiness rather than personality changes. I agree that it takes a skilled therapist to diagnose and treat DID, but It also takes a strong person to accept the diagnosis of DID. Dissociative Identity Disorder can be disruptive and difficult in the day to day challenge to exist. I, for one, am still struggling with acceptance much less being "out" even to my family.

Hi Poser,
Thanks for your comment.
I agree that DID is an extremely difficult diagnosis to accept. I wrote an entire series, in fact, on the tumultuous experience of wrestling with a first-time diagnosis of DID. http://www.healthyplace.com/blogs/dissociativeliving/category/impact-of-did-diagnosis/
"Being “out” in public for all to see would be contrary to the diagnosis itself."
Yes. However, with treatment and a whole lot of hard work, it is possible to - for lack of a better phrase - shift the paradigm of DID. There are people who are out about their diagnosis and their life with Dissociative Identity Disorder. And thank goodness for that, or we'd all still be stuck not understanding the disorder at all. DID wants to hide and the system is designed to go undetected - but at a certain point, that can't continue or the individual with DID will never even learn they have it let alone begin to recover.
In my experience, the battle to accept my diagnosis was essentially - though I didn't realize it at the time - a battle with my own pathology, between DID's insistence that it remain under wraps and my own drive to understand my reality. It was incredibly painful for me but if I hadn't trudged my way through I wouldn't be able to write and speak publicly about DID today. Thought DID is, like you point out, designed to protect the system, people living with it can move beyond that. It's hard, but it's possible.