The Biggest Question About Addiction

This question has been asked by probably millions upon millions of people over time. There has been research done on addiction for decades. While there have been many advances made in the understanding of addictive disorders like drug addiction, alcoholism , and sex addiction, to name but a few, many people still struggle to quit.

Addiction is a disorder that involves certain parts of the brain and how it functions. The use of chemicals and certain behaviors creates a release and subsequent lack of dopamine which creates cravings for the 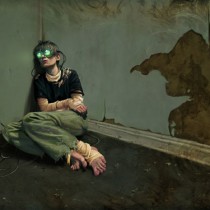 substance/behavior which, in turn, is exhibited in the actual seeking of whatever it is that “gets the person off.”

It’s interesting however, from my perspective as someone who has worked with individuals living with chemical dependency, that despite an individual’s desire to quit, he/she may be incapable of doing so. Inpatient rehab, outpatient counseling, medical treatment, AA/NA, and even spiritual practices may not be enough to help a person to kick the habit.

So what’s the answer? I honestly wish I knew the answer. You may be saying, “You call yourself an addictions counselor???” Well, yes, I do, but that doesn’t mean that I have the ability to cure people. And after all, we do not have a cure for addiction.

But I’m not saying that it is not possible to stop using. As I have previously stated in previous posts, there are many ways for people to get clean, sober, and/or stop other self-destructive behaviors. Typically, there is no “magic bullet” for recovery and often times relapse is a part of the process.

Over the 25 years that I have been clean I have seen many people who have successfully stopped using _______. And this gives me hope. Yes, there are many who may succumb to the disease of addiction, but I have to believe that there is a way for people to learn a new way to live.

Sometimes all that is needed is enough time and distance away from the substance/behavior for the individual to gain a healthy perspective on life. It also doesn’t hurt to regain some of what may have been lost in addiction (relationships, jobs, etc.). Also, one has to believe that recovery is possible. It is with this attitude of hope and a degree of faith that what one day may have seemed impossible can actually become true.

APA Reference
Shallowhorn, K. (2013, May 6). The Biggest Question About Addiction, HealthyPlace. Retrieved on 2020, February 22 from https://www.healthyplace.com/blogs/debunkingaddiction/2013/05/the-biggest-question-about-addiction

The Rewards of Addiction Recovery
Our Society of Addicts: Addiction as a Spectrum Disorder
Maryna
June, 18 2014 at 8:58 am

Sometimes I miss the oblivion from being drunk/high but if I look at what I gained I know I never want to go back again. I also feel that my addiction gave me the opportunity to grow and to be able to help other people because I KNOW

Sometimes all that is needed is enough time and distance away from the substance/behavior for the individual to gain a healthy perspective on life
That is kind of how I went from not drinking to quitting.
I think any alcoholic (probably other drug addicts too) will find they see drugs differently if they can get some time away.
First they will realize they don't have to drink and then they will realize they don't even want to drink.
Once you realize you don't want to drink anymore you have 99% of the power. The rest is easy.
I wish that Diversion for DUII programs would include alcohol testing that could find alcohol for a week. I wish they would test every week when they went to class. I think the students who did this, those at the 3 month level of rehabilitation, would see things very differently.
They would know if they could or could not stop. They would know what they were taught in the classes.
Alcoholism is something but, it is not overwhelming. Not by a long shot.