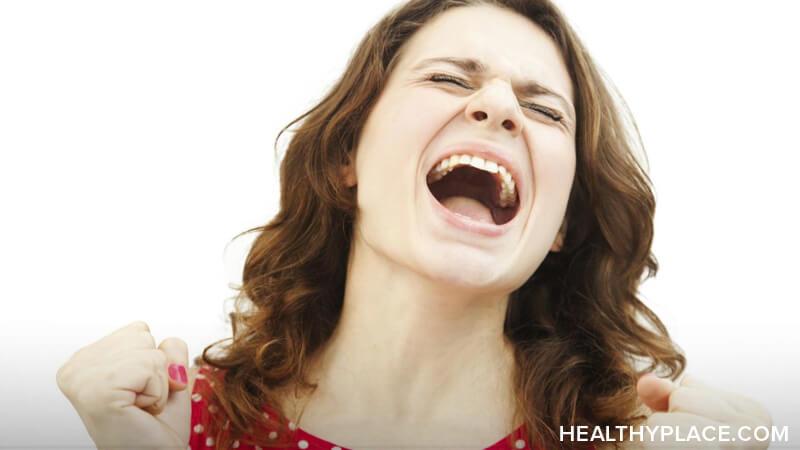 Going on an Antidepressant Triggered My Schizoaffective Mania

My schizoaffective mania happened after some other important things. So, let’s back up a little. I started seeing a psychiatrist for depression in my hometown outside Chicago a few weeks before I left for college, the year before my psychotic episode. Looking back on it, this fact probably should have signaled that I should change my plans and go to school close to home. But I didn’t see it that way at the time. I figured I’d find a psychiatrist in Rhode Island, where I was going to college, which I did.

My psychiatrist in Rhode Island put me on an antidepressant near the end of my first semester, which I believe is what triggered the mania. When I came home for Thanksgiving that year, I chopped off my waist-length hair. I didn’t go to a hair salon; I literally just took a pair of scissors and chopped it off to a short bob myself. My mom took me to a hair salon for damage control. I ended up with a pretty cute pixie cut.

I spent my second semester in Rhode Island completely manic. One of my teachers accused me of having the attention span of a two-year-old. Also, I had a really great drawing teacher, but I was too restless and agitated to benefit from what she could teach me. I was at The Rhode Island School of Design (RISD), and I had gone there for the photography program. But I didn’t factor in that my coursework during my freshman year would not be in photography. Once again, this was a sign that I didn’t belong there, but that’s in the past.

I Was Schizoaffective and Manic 23 Years Ago

At this time, 23 years ago, I was well into my first bout of schizoaffective mania during my second semester at RISD. Even though I transferred to The School of the Art Institute of Chicago (SAIC) and have my undergraduate degree from there, I really regret not having gone there in the first place. I think I probably still would have developed schizoaffective disorder because it’s in my genes (my uncle had it). But, I wonder, assuming that I developed the condition in college, whether it would have kicked in as severely at SAIC instead of RISD. Perhaps my parents and my Chicago area psychiatrist would have caught on sooner--when I was in the mania phase and could have done something about it then, before it developed into schizoaffective psychosis.

Thank you for sharing this. Ive never heard these details leading up to Thanksgiving 1998. I love you so much! It takes so much strength to share these stories and you demonstrate that strength everyday.
❤️

Dear John, Thank you for your comment. I love you, too. Love, Elizabeth

Hi Elizabeth I have wrote about how I appreciate your work in general on elizabethcaudy.webs.com
Thank you for all you do

Dear William, thank you for your comment. I appreciate your kindness. Best, Elizabeth