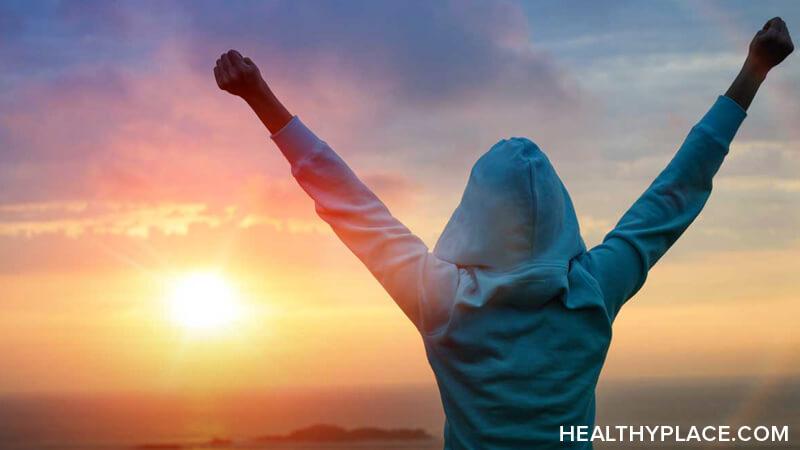 This Christmas, my husband, Tom, is giving me a new Pandora charm bracelet. I’ve been putting charms on the first bracelet he gave me since March of 2012, when I quit smoking. That’s right; this March will mark 10 years since I quit. Here’s how I did it.

How I Quit Smoking with Schizoaffective Disorder

I started smoking in the fall of 1994 when I was 15, four years before I had my first psychotic episode at college that would lead to my diagnosis of schizoaffective disorder. My smoking really took off during and after my episode. I self-medicated my schizoaffective disorder by smoking. I was on psychiatric medication, too, but I used smoking as a crutch. To quit smoking is hard for anyone, but my mental illness made it particularly hard for me.

I took some detours along the way. First of all, 2012 wasn’t the first time I tried to quit smoking. I quit for six months in 2005 but started again. So in 2012, I knew what triggers to look out for. Boredom and loneliness were big ones. And I watched YouTube videos about quitting smoking. Both times when I quit smoking, I used nicotine patches.

Also, in 2012, I replaced my nicotine addiction with sugar. I drank lots of Cherry Coke and sucked on lots of cherry mentholated cough drops. I didn’t care about the weight gain--I figured I could lose the weight later. This turned out to be unrealistic because my antipsychotic medication makes it really hard to lose weight.

Schizoaffective Disorder and Staying Away from Smoking

I’ve especially been struggling with my weight over the past two years--basically since the pandemic started. Both the pandemic and my weight have made it really tempting to pick up a cigarette. Tom smokes, but he keeps his cigarettes and smoking away from me. Also, he mostly rolls his own cigarettes, and I’ve forgotten how to do that.

The fact that I’ve been tempted to smoke lately makes me especially happy Tom is giving me a new charm bracelet. I’ve gained so much weight that I need a bigger bracelet. I haven’t been able to wear my smoke-free charms.

I’ve been getting a charm for my bracelet every year since I quit smoking. I got a lot of pink charms (pink for pink lungs) and green charms (for a sense of renewal). There’s also a lot of Alice in Wonderland charms on there, just because I really like Alice in Wonderland. I know that in Western culture today, Alice is an odd choice for a role model on stopping substance use. But I always thought it strange to equate a children’s book with drugs--and make no mistake, nicotine is a drug. (No offense to the more psychedelic choices of rock icon Grace Slick.)

Getting my charm bracelet back on my wrist is just one of the many things I’m looking forward to this Christmas. I can look at it, and it will remind me of why I quit smoking in the first place. Have you quit smoking in spite of schizoaffective disorder or schizophrenia? Leave your comments below.