Schizophrenia or Schizoaffective Disorder and Prayer

“Prayer” is one of those words people with schizophrenia or schizoaffective disorder just don’t want to hear. It’s like “yoga” or “meditation.” The problem occurs most often when one of these is suggested as a substitution for medication. Such an alternative is, of course, ridiculous and risky. But, while I’m not suggesting it would work for everyone, prayer helps me with my schizoaffective disorder, along with treatment. The way it helps might not be what you expect.

How Can Prayer Help With Schizoaffective Disorder? 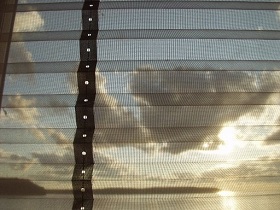 To be perfectly honest, I feel really nervous writing this. I may be an observant Catholic, but far be it from me to foist my opinion about spirituality on other people. I have found that praying and knowing that other people are praying for me gives me peace. No, it doesn’t make the voices go away. But it gives me peace of mind and an inner space where I can turn.
I’ve talked to other people with schizophrenia or schizoaffective disorder, and some of them say praying is hard for them because they feel God is punishing them through their illness. I’ve been there, too. In fact, most likely, I’ll be there again. My relationship with God—like any relationship—is complicated.

Even though I sometimes feel that way, I still find prayer helps me feel better about my illness. It makes me feel like I’m not fighting this battle alone. Of course, I’m not alone anyway. God has blessed me with a loving family, including a wonderful husband. God may have given me this illness. But God has also given me the tools to cope with it. For example, I thank God every day that I live in the era of atypical antipsychotic medications. That’s not a joke.

I say a rosary daily. Saying the rosary is a Catholic form of meditation. It helps me relax. In a nutshell, I would say anything that unwinds the twisted tangles of thoughts in your head is good for your mental health. Saying the rosary, for me, is just one of those things. At the same time, praying to God is a little different than taking a hot bath or enjoying a cup of tea (things I also do to cope with anxiety and other symptoms). Praying to God makes me feel connected to something greater than myself and my individual suffering. Praying to God makes me feel like I’m reaching out to someone who cares about me.

It would be far too easy for me to pray to God for a cure for my schizoaffective disorder, and when that didn’t happen (because it probably wouldn’t), conclude God isn’t there or doesn’t care. I don’t believe God is a magician. I believe that God is vast, and at the same time God is the silence in my head when all the clutter back there holds still for just a second. It is in that silence where I find something like sanity.

How Prayer Helps Me Cope With Schizoaffective Disorder

I also have schizoaffective disorder. I am a Christian and pray as well. It helps me alot knowing that God loves me and give me peace. When I am struggling, sometimes it's difficult for me to pray but when I do it reduces my symptoms. I do not attend church often because it triggers the auditory hallucinations, which are Reglious voices, so I choose to worship at home. I also on medications but I do not go to counseling because it not affordable. I work a full-time job and I am a single parent. I have a loving family and supportive friends. I have two friends that has mental illness, one that has schizophrenia.

Hi, I would like a prayer for a healing of my schizophrenia, if that’s not too much to ask. I’ve struggled for two years with my medication and suicidal ideation and want to succeed as an actor. Please pray for me and my sanity alike.

Dear Jemar, Thank you for your comment. I will certainly pray for you. But I want to tell you a story. When my mom's brother was diagnosed with schizophrenia, her mom and my mother started going to novenas to pray for him. Novenas involve saying the rosary. I've only been to one, and we said the rosary over and over again. Well, after a few of the novenas, my mom told my grandma she didn't want to go anymore because it wasn't working. My grandma said that prayer doesn't work that way and to keep going. After a few more novenas, my mom realized that even though they weren't curing my uncle, they were helping her to feel better. My point is that prayer might not work the way you expect it to, but it does work. The other thing I want to tell you is that I am 100% positive you can be a successful actor with schizophrenia! Patty Duke and Carrie Fisher were both famous actors, and they had bipolar disorder. So, yes, I will pray for you, but keep these things in mind.
God Bless You,
Elizabeth

".Hi My name is Marco,
and I have Schizoaffective Disorder and would like for you to pray for a healing. .Thanks and May God bless you?"
Sincerey,
St. Marco

Dear Andrew,
You're welcome! Thank you!

I struggle with faith. I suffer from paranoid schizophrenia and I get lost easily. I reach out to God but I feel like he’s not there. I really don’t understand it. Anyway if he is God bless you

thanks Elizabeth. I also live with a mental illness and sometimes praying is so hard but reading this...I felt prayer definitely is the way to go. thanks.

Prayer and faith are essential to my recovery. But, of course, the most important thing is medical treatment!

Hi. Elizabeth. It's good to come across this site. I'm going through a rough patch in my mental illness and it's good to find some faith-based encouragement.

I'm glad you found the site!