How to Quit Smoking 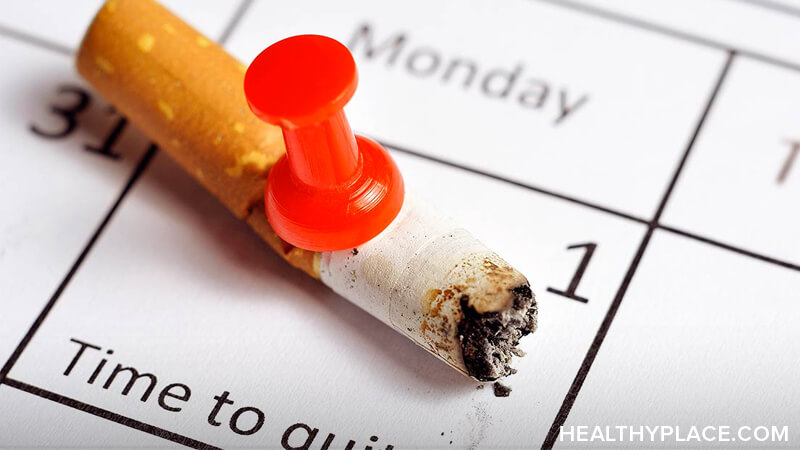 Nicotine addiction and smoking cessation treatments give help to every smoker wanting to overcome their addiction to nicotine.

Extensive research has shown that treatments for tobacco addiction do work. Although some smokers can quit without help, many individuals need assistance in quitting. This is particularly important because smoking cessation can have immediate health benefits. For example, within 24 hours of quitting, blood pressure and chances of heart attack decrease. Long-term benefits of smoking cessation include decreased risk of stroke, lung and other cancers, and coronary heart disease. A 35-year-old man who quits smoking will, on average, increase his life expectancy by 5.1 years.

Nicotine replacement therapies (NRTs), such as nicotine gum and the transdermal nicotine patch, were the first pharmacological treatments approved by the Food and Drug Administration (FDA) for use in smoking cessation therapy. NRTs are used (in conjunction with behavioral support) to relieve withdrawal symptoms—they produce less severe physiological alterations than tobacco-based systems and generally provide users with lower overall nicotine levels than they receive with tobacco. An added benefit is that these forms of nicotine have little abuse potential since they do not produce the pleasurable effects of tobacco products—nor do they contain the carcinogens and gases associated with tobacco smoke. Behavioral treatments, even beyond what is recommended on packaging labels, have been shown to enhance the effectiveness of NRTs and improve long-term outcomes.

The FDA's approval of nicotine gum in 1984 marked the availability (by prescription) of the first NRT on the U.S. market. In 1996, the FDA approved Nicorette gum for over-the-counter (OTC) sales. Whereas nicotine gum provides some smokers with the desired control overdose and the ability to relieve cravings, others are unable to tolerate the taste and chewing demands. In 1991 and 1992, the FDA approved four transdermal nicotine patches, two of which became OTC products in 1996. In 1996 a nicotine nasal spray, and in 1998 a nicotine inhaler, also became available by prescription, thus meeting the needs of many additional tobacco users. All the NRT products—gum, patch, spray, and inhaler—appear to be equally effective.

Although the major focus of pharmacological treatments for tobacco addiction has been nicotine replacement, other treatments are also being studied. For example, the antidepressant bupropion was approved by the FDA in 1997 to help people quit smoking, and is marketed as Zyban. Varenicline tartrate (Chantix) is a new medication that recently received FDA approval for smoking cessation. This medication, which acts at the sites in the brain affected by nicotine, may help people quit smoking by easing nicotine withdrawal symptoms and blocking the effects of nicotine if people resume smoking.

Several other non-nicotine medications are being investigated for the treatment of tobacco addiction, including other antidepressants and antihypertensive medication, among others. Scientists are also investigating the potential of a vaccine that targets nicotine for use in relapse prevention. The nicotine vaccine is designed to stimulate the production of antibodies that would block access of nicotine to the brain and prevent nicotine's reinforcing effects. (learn about: Effect of Nicotine on the Brain)

Behavioral interventions play an integral role in smoking cessation treatment, either in conjunction with medication or alone. They employ a variety of methods to assist smokers in quitting, ranging from self-help materials to individual cognitive-behavioral therapy. These interventions teach individuals to recognize high-risk smoking situations, develop alternative coping strategies, manage stress, improve problem-solving skills, as well as increase social support. Research has also shown that the more therapy is tailored to a person's situation, the greater the chances are for success.

Traditionally, behavioral approaches were developed and delivered through formal settings, such as smoking-cessation clinics and community and public health settings. Over the past decade, however, researchers have been adapting these approaches for mail, telephone, and Internet formats, which can be more acceptable and accessible to smokers who are trying to quit. In 2004, the U.S. Department of Health and Human Services (HHS) established a national toll-free number, 800-QUIT-NOW (800-784-8669), to serve as a single access point for smokers seeking information and assistance in quitting. Callers to the number are routed to their state's smoking cessation quitline or, in states that have not established quitlines, to one maintained by the National Cancer Institute. In addition, a new HHS Web site (www.smokefree.gov) offers online advice and downloadable information to make cessation easier.

Quitting smoking can be difficult. While people can be helped during the time an intervention is delivered, most intervention programs are short-term (1-3 months). Within 6 months, 75-80 percent of people who try to quit smoking relapse. Research has now shown that extending treatment beyond the typical duration of a smoking cessation program can produce quit rates as high as 50 percent at 1 year.

next: Treatment of Nicotine Addiction
~ all nicotine addiction articles
~ all articles on addictions 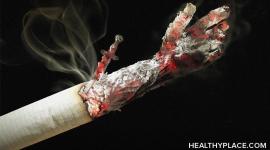 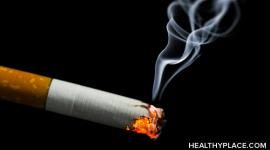 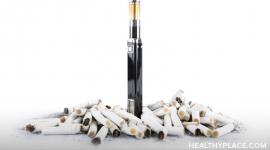 Psychology of Computer Use: Addictive Use of the Internet