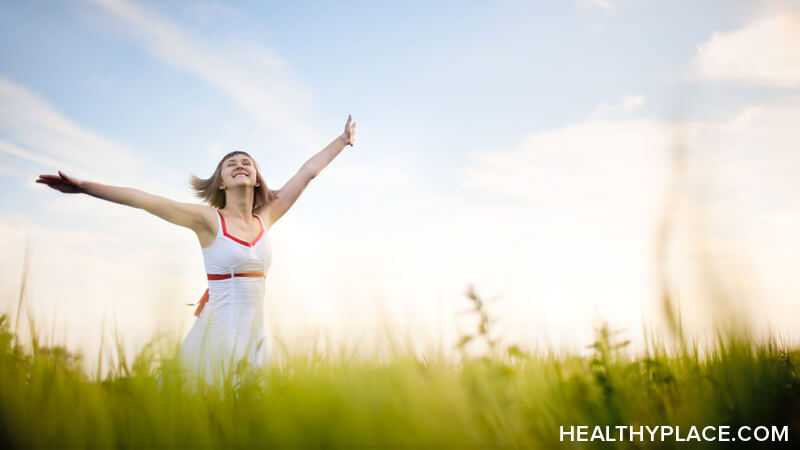 I haven’t heard schizoaffective voices in almost two months. That’s pretty exciting news. I started hearing voices much less because my psychopharmacologist increased the dosage of my mood stabilizer. It’s so good to be free of the voices and I don’t take it for granted.

I Haven't Heard Voices, But It May Not Last

I wouldn’t want to jinx myself by saying the voices have gone away for good, but I haven’t heard them since February 9th and I’m writing this on April 4th. I know the last time the voices visited because I have a notebook in which I write down the date of each time I hear them.

There were times, before February 9th, when I went long stretches without hearing voices (not as long as this stretch) and then they returned. That was a disappointment but a monumental improvement. There were random times when I experienced this schizoaffective symptom once a week. At those times, I was so afraid I was going back to my original pattern of a constant battle with this challenge.

It took years after my first episode in college to get control of the voices. But it was really scary when I thought I was getting over these schizoaffective episodes, and then that awful symptom would intrude a week later. I had regularly heard them about once a week before my doctor raised the dosage of my psychiatric medication. Also, sometimes during the most recent times I heard voices, they lasted a long time. I had gotten accustomed to the voices sticking around only about 20 minutes tops after the medication change.

It’s really scary to have such a problematic schizoaffective symptom seemingly go away, and then to have it come back. Some sense of hope seemed to unravel at that point.

I Heard Voices, But I Was Used to It

Believe it or not, I was used to hearing voices before the medication change. It was just a part of my life and had been for over two decades. I knew the voices weren’t real, and I didn’t do anything they might tell me to do.

I even had a plan for when I heard voices. I would take a tranquilizer that my psychopharmacologist had prescribed for me to use as needed and I’d watch a DVD--either a mellow Tori Amos concert or the movie Brave about Disney’s feisty, red-headed princess who breaks the rules big time. A song towards the beginning of that movie, Julie Fowlis’ “Touch the Sky,” especially soothed my voices.

When I still smoked, I just chain-smoked through the voices and, when I was quitting smoking, I drank lots of decaffeinated coffee during an episode. Let’s just say I did everything I could to relax, not worry, and self-soothe.

I know I will probably hear voices again, but, superstitiously, I don’t want to say more than that. I’m very surprised I haven’t heard them even once during the grip of the COVID-19 pandemic. I’m glad I haven’t, though. Let’s just leave it at this--I haven’t heard schizoaffective voices in almost two months, and I am very grateful.