My Eulogy for Carrie Fisher 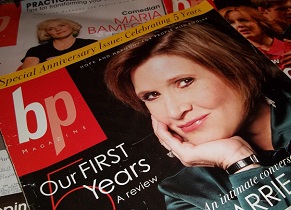 Most of the world thought of Carrie Fisher as the iconic Princess Leia in the Star Wars epics. As a child of the 1980s (I turned 10 in 1989), that’s how I thought of her at first. My Princess Leia action figure stood on my bookcase for years. Then, around the time I turned 10, my mom started telling me about how “Princess Leia” had something called bipolar disorder and had written a book called Postcards From the Edge.

I, at 10, was no stranger to mental illness. My uncle had been diagnosed with schizophrenia and re-diagnosed with schizoaffective disorder. But something was different. As an adult, my uncle needed to live in residential care and here was Carrie Fisher, living with bipolar disorder, acting in movies like The Blues Brothers and When Harry Met Sally, and writing books. I guess you could say Carrie Fisher was my first inspiration of how someone can live with a serious mental illness. I didn’t realize at the time how much I would need that inspiration.

Though I didn’t know while I was playing with my Princess Leia action figure that I needed a role model for living successfully with mental illness, my mother--a second-wave feminist--made sure I knew that young women do need all the strong female role models they can find. Heck, with the political climate the way it is, I need them now--especially Carrie Fisher. She spoke and wrote candidly about her bipolar disorder and about how there’s “sexism even in space;” she was friends with Courtney Love to boot. How could I not love this woman? How can I mourn her loss but celebrate her life by living with her inspiration?

When last year’s presidential election results came in, I felt raw, exposed, and vulnerable (Don't Stigmatize Emotional Reactions to the US Election). I didn’t feel safe. When Carrie Fisher died, another measure of safety departed with her. I didn’t feel safe because someone who was outspokenly fighting for my causes of feminism and mental health awareness was gone. But now I am going to do what Harry Potter actress Emma Watson said she is going to do since Donald Trump got elected: I am going to fight even harder for what I believe in.

What Carrie Fisher Meant to Me and My Schizoaffective Disorder

Telling Others About Your Schizoaffective Disorder
Business of Schizophrenia: Homelessness and Mental Illness
Betsy Everett
January, 12 2017 at 5:28 pm

Love your writings,your story and your strength, Keep doing what you are doing. It could make a big difference in many lives.
Betsy

Thank you so much!