Learning to Live in the Moment with Schizophrenia and Anxiety 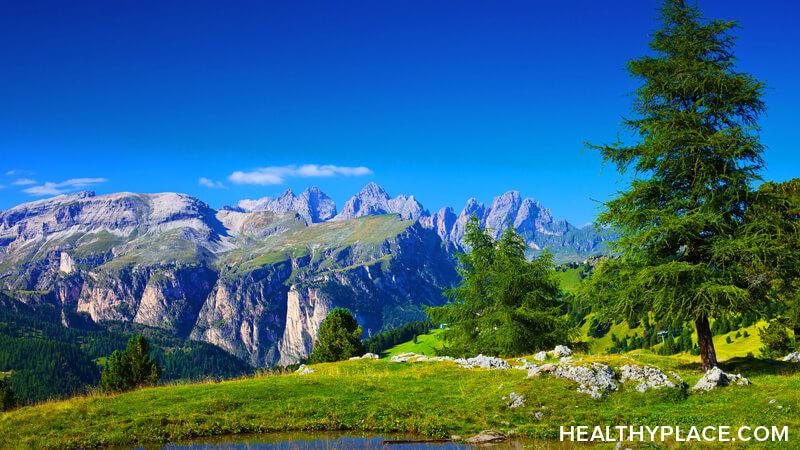 I avoided living in the moment for a very long time. Years of my life flashed before my eyes, and I barely took notice. I was so intent on achievement that I never stopped to appreciate what it was to simply be alive. For me, living with schizophrenia means frequent imprisonment in a world that constantly seems to be spiraling out of control. Now, however, I’m learning to combat this feeling: I’m learning to live in the moment.

Anxiety is one of the earliest emotions I recall. I was shy and fearful of others as a child. It didn’t help that I was a bit of a nerd who liked to talk about volcanoes and tsunamis as much as I liked to talk about Batman. I just never quite fit in. And I felt that keenly. I don’t think that my childhood anxiety was particularly abnormal, but that changed with the trauma I experienced.

After coming forward as a victim of molestation, my mind functioned in a completely different way. I felt the need to anticipate every interaction. If I understood the mindset of those around me, then I could ensure that no one could control me again. I was determined to control the world around me, and that did not let me live in the moment.

My hypervigilance didn’t end at interactions with others. I found myself obsessed with all the possible ways that my life could be altered: illness, disasters, failure and death. I spent weeks hovering in a barely functional state while deliberating over how to control my environment. I eventually realized that I could not control illness, disasters or death. But I determined at a young age that I could control failure. I suppressed my other fears as best I could and channeled all of my energy into combatting my fear of failure.

Success Alone Does Not Equal Happiness

I wasn’t surprised when I began to battle demeaning voices announcing certain failure in every endeavor. It seemed fitting to me that failure would rear its ugly head once more in an attempt to control my life. I redoubled my efforts and began to see my existence as a series of goals with no true rewards. I was single-minded in my approach to achieving a goal to the point that I would fixate on that goal and mentally lash myself in order to achieve it.

Upon achieving a goal, I would reward myself with yet another goal. I told myself that I would finally find happiness if I could just achieve my goals. Instead, I was miserable. The voices grew more demeaning and demanding, and I never relaxed. The feeling of impending doom grew worse with each level of success attained until the inevitable happened: I failed.

Finally Able to Live in the Moment

Yet, failure meant spending time with my wife and children. I was so consumed with the pursuit of practicing medicine during the years prior to my schizophrenia diagnosis that I barely knew them. I started to notice how special they were and how much they loved me despite my shortcomings. I began to consider ways to move forward with my life. I started to live again.

I no longer practice medicine and may never do so again. Instead, I work on renovating an antiquated farmhouse despite fears that I’ll fail. And I’m terrified because I don’t know what to do with the rest of my life. But I know my kids’ smiles now. I hear the sound of their laughter and smell the scent of their hair. I see the sunrise, and I watch as it sets. I can’t control it, or anything else really for that matter, but I can enjoy the moment. Living in the moment doesn’t fully alleviate my anxiety, but it does allow me to experience more than just anxiety. And I say this from experience: there’s a lot more to life than anxiety.

Tags: live in the moment

APA Reference
Law, R. (2019, March 18). Learning to Live in the Moment with Schizophrenia and Anxiety, HealthyPlace. Retrieved on 2021, February 28 from https://www.healthyplace.com/blogs/creativeschizophrenia/2019/3/learning-to-live-in-the-moment-with-schizophrenia-and-anxiety

This is a truly powerful, and beautiful read. This point: "I was so intent on achievement that I never stopped to appreciate what it was to simply be alive.", is one that I believe so many can identify with. It's amazing how many of us go through life without being truly aware of the moment. I applaud and appreciate your honest insight and sharing. I love the connection you make between control and not being able to be in the moment, I think this is huge for a lot of people in one way or another.

Thank you for your kind comments Lizanne. I am always grateful to hear your thoughts on my posts. I agree that the link between control and not living in the moment is important. I know that it plays a significant role in my struggle to do so.