Listening to Music Helps with My Schizoaffective Disorder 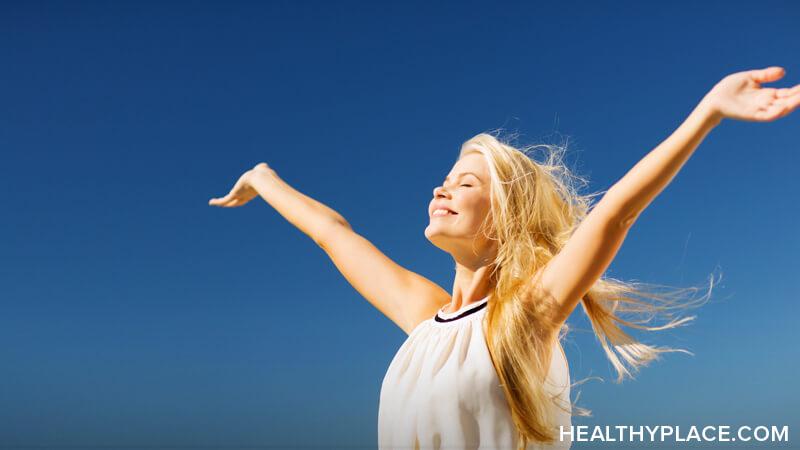 How Listening to Music Helps Me Cope

Listening to music that is soothing helps me cope, but it's not always "happy" music. I mentioned Tori Amos. I like to listen to her album Scarlet's Walk a lot when I'm driving. It's a very relaxing album--both the lyrics and arrangements. I used to like to listen to Scarlet's Walk and then go on Facebook for distraction when I was really agitated. But now I avoid Facebook when I'm in the throes of schizoaffective anxiety. Instead, I put on Tori Amos: Live from the Artists Den, which is a DVD of an intimate concert with Tori Amos. It really helps me calm down.

When I was a teenager, I used to listen to really loud punk rock and grunge like Bikini Kill, Hole, and Nirvana. I feel like an old fuddy-duddy saying this, but I can't listen to that music anymore. It's just too raucous. There's also some music from my youth that I can't listen to simply because I was going through a hard time when I was listening to it. When I play it, it brings back bad memories ("Mental Health Recovery: Avoid Triggers").

How Listening to Music Helps with My Schizoaffective Depression

Even though happy, upbeat, pop music is not to my taste, I do sometimes try to find other music that lifts my mood. I like early Ingrid Michaelson, indie rocker Laura Veirs, Bjork, and the Beatles. The Beatles, especially, put me in a good mood because I used to listen to them a lot when I was little before I had schizoaffective depression. Bjork I like because she's such a free spirit, and her music reflects that.

I also try to listen to music that is empowering. This brings us back to Tori Amos. For years now, I've been thinking of getting a semicolon tattoo with the Tori Amos lyric: "we'll see how brave you are."

Listening to music gives me hope, strength, and comfort. What does it do for you?

I listen to elevator music ( piano/ nature sounds) in my old age of 57. Lol I had listened to the Eagles, poco, and others as a teen and some country music. A lot of it I can’t listen to now. Fussy duddy rings a bell! Lol
I have schizoaffective disorder too.
Thank you for your post. It feels enlightening to know there are people that have similar experiences.

I am depressed because recently I have broken up with my girlfriend so I am feeling very low so I browse on Google How we overcome this situation. Somehow I reached your blog and it really helps me to back in my daily life. Thank you so much for sharing this blog it is amazing how you overcome with your difficult situation with the help of music.