Who Asked The Schizophrenic Voices To Dinner? 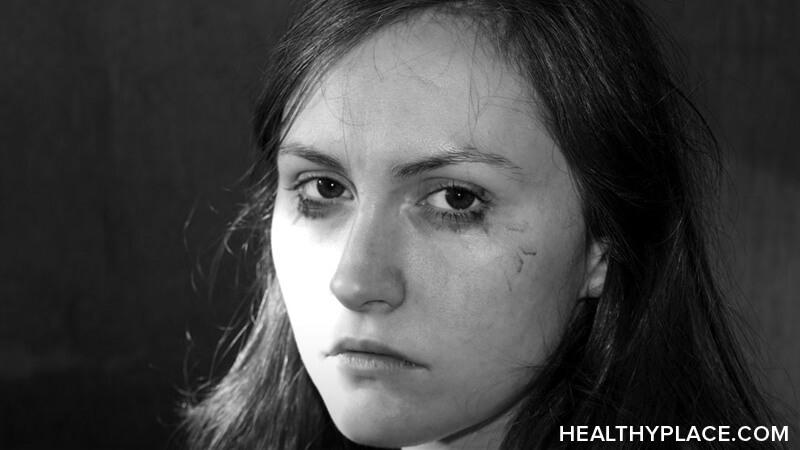 Schizophrenic voices on Thanksgiving are not fun. People with schizophrenia and schizoaffective disorder aren’t the only people who may dread the holidays. In When Harry Met Sally, Harry (played by Billy Crystal) tells Sally (Meg Ryan) that he wishes he could just skip the weeks from Thanksgiving through New Year. But it may be fair to say that if you have a mental illness, your discomfort with the holidays is amped up. I have schizoaffective disorder, and I heard voices on a Thanksgiving spent celebrating with my family.

Does a Typical Thanksgiving Include Hearing Schizophrenic Voices?

It was a pretty typical Thanksgiving dinner. There were bad jokes that I am guilty of laughing at and aggravating political debates. That’s typical for a Thanksgiving dinner, right? I don’t come from a typical family, though – I come from a family genetically predisposed to schizophrenia, for one thing. But who does come from a “typical” family? And what does that even mean? Well, having schizoaffective disorder, I got particularly annoyed by the political debate. No one was shouting, but voices were raised. And even though it was “just a debate,” the argumentative style of the conversation put me on edge (Reducing Anxiety At Family Gatherings).

I didn’t hear voices at the Thanksgiving dinner table this year (thank God). It was when I went upstairs with my husband while he had a cigarette that the voices started. I had quit smoking a few years ago and, unfortunately, smoking had helped ease the voices.

What Did My Thanksgiving Schizophrenic Voices Say?

The voices were really mean and loud that night. Now, I want to make clear that I know the voices are just in my head. My favorite way to explain them is that the schizophrenic brain likes to make seemingly disconnected things into patterns, so it makes combinations of random sounds (your neighbors talking outside, the sound of a space heater, the distant sound of dishes being washed) coalesce into voices.

The voices started with their usual mocking, cackling pleas of ,“you hear such beautiful noises in your head, why don’t you want to hear us?”

When that started, I took a tranquilizer. As I said, I was with my husband. I told him I was hearing voices, and he said not to worry -- I was in a safe place with people who love me, and I’d just take my tranquilizer. So now I just needed to relax and they would go away. I started to cry. He said not to be sad and took my hand. He was trying to catch my eye with a look that said, “I love you, babe. I’m here for you.”

That’s when the voices got downright sinister.

They started to tell me that my husband didn’t love me, that he was lying to me (Schizophrenia's Voices: The Strength To Say No). At that point, I took another tranquilizer. I was screaming at them in my mind, “You’re not real.”

I sipped at some water. I told my husband we needed to talk about something, anything, so I wasn’t focusing on the voices. So he told me what had caused the economic crash of 2008. I was so focused on him that now I know more about economics than I learned in school. The voices got quieter. I decided we needed to go home.

When I told my mother I was hearing voices, she – and my father and brothers – all got it and said they understood. I needed to go home even if the party was still underway. The thing I was most thankful for that night was my understanding family, especially my husband. One of my brothers said he felt bad about the political debate. But that’s not what caused the voices. When you have schizoaffective disorder, it’s just kind of par for the course.

Schizophrenia and Celebrating the Holidays
Schizophrenia, Schizoaffective Disorder in the Workplace