How Schizophrenia Currently Affects My Life

Having schizophrenia means that I am a bit more paranoid than your average person. The antipsychotics I take may have helped quell most of my symptoms, but they have not eliminated them. I am not “cured” of my schizophrenia, despite what some people believe. The paranoia that stems from my illness is still strongly ingrained within my subconscious mind. It is just better controlled.

I do not hear voices, believe that I am Jesus or that cockroaches are underneath my skin. I do not wander the streets thinking that I have special powers, like talking to animals or telepathy. I do not suffer as greatly as I once did, but that does not mean that I am cured. I am a “functional” schizophrenic as I am able to work, have relationships and take care of myself with some difficulty, but that does not mean that I do not have issues.

If you were to look around my house, you could see clues about the nature of my illness. Looking inside my cabinets you would see an army of psychotropic medication that I take to control my psychotic episodes. I take so many drugs that it is sometimes difficult to keep track of them. I complain about the side effects, but understand that if I don’t take them, then I will end up even more ill. 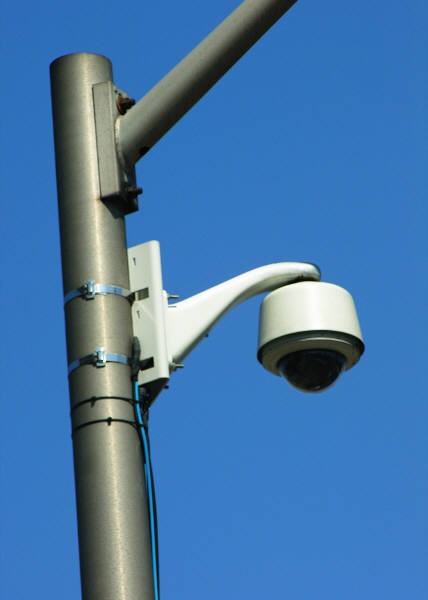 There are multiple security cameras set up around the premises to constantly record my surroundings. I am paranoid of people in general, from both my illness and previous experiences. My doors have several sets of locks on them and there are burglar alarms, vibration sensors, motion sensors, LCD monitors and motion detectors scattered throughout. I even purchased pepper spray and a stun gun for when I am out.

Even with the medication that I take, I still have paranoid irrational thoughts, particularly in stressful situations. Recently after undergoing a series of thefts and burglaries, I was convinced that the National Security Agency (NSA) was monitoring my computer activity and that I would be arrested because of my blogging activities. At one point, I even covered the camera on my laptop, so that they couldn't take photos of me. I am obsessed with spy technology, and have several books on the subject. Yes, I know, it all sounds very strange, but that is the way that I am.

These are examples of how paranoia still affects my life. I have not beaten schizophrenia, just merely controlled it better. This is because schizophrenia is usually a lifelong illness, that requires medication. There is no "cure" for schizophrenia yet and anyone who tells you otherwise is likely trying to sell you something.

Are People With Schizophrenia Perpetrators Or Victims?
The Future Of Schizophrenia
Greg Weber
July, 16 2014 at 9:35 pm

I've been surfing around your blog. This is an incredible post. You really manage to convey the horror of mental illness. Your writing and tone are very very powerful. I bet you're a great horror writer.
Thanks,
Greg

Sorry to say.. your paranoia is not completely unfounded.... I'm not in the least bit paranoid.. but I am aware of my surroundings also.... There is a woman who is a very well known tech writer by the name of Kim Komando. Google her, and subscribe to her daily updates.... She has alot of good info to help you protect your stuff.