I was a moody teen… is there any other kind of teen? The sudden outbursts, melancholy and disinterest in teenagers is often attributed to or described as bad-tempered, sulky, hormonal, bitchy, dramatic. The list is endless. Regardless of gender, each teenager must survive his/her own brand of pubescent purgatory.

I have three children; two daughters and a son. As a woman with depression and someone who recognizes how heredity and mental illness are linked, I always tried to use caution when writing off one of their behaviors as normal. (We’ll discuss “normal” another time). It wasn’t easy because half the time I barely had my own head above water. While treading the proverbial waters of depression, I tried to examine the ways my children were behaving and balance compassion with discipline. 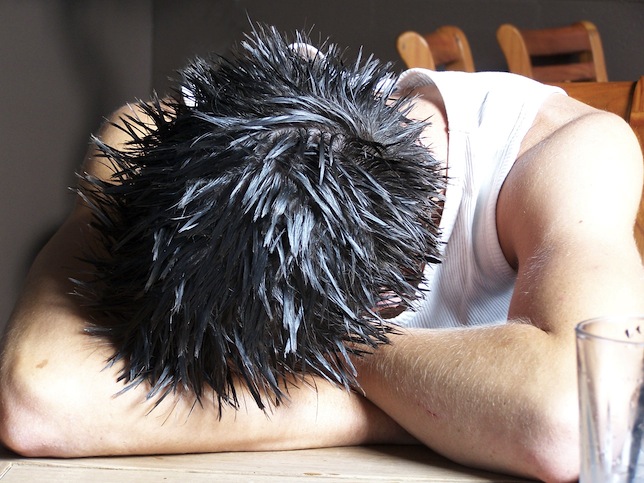 It’s hard enough raising teenagers. Knowing that they are prone to mental illness by virtue of ones self puts a whole other layer of complexity on top.

I have a son who was diagnosed with an anxiety disorder when he was eleven. I recognized the symptoms of childhood anxiety early as I too, along with depression, suffer from anxiety. As such, I sought treatment for him early. Now, at nineteen, his challenges have manifested into bouts of depression, which I also recognize because, let’s face it… it’s like looking in a mirror.

On the flip side of that heredity coin, I had the benefit (as it were) of my own experience when dealing with my son. Knowing what I did and feeling as I did gave me insight into my son’s psyche. What about all those parents of depressed teens who haven’t a clue what they’re looking at, who truly believe that the symptoms their teens are exhibiting are merely a result of puberty?

We know that puberty thrusts us into adulthood. But, who’s to say that the chemical catalyst of puberty isn’t what brings on, for those who are susceptible (heredity), full-blown depression? I wonder what sort of adult I would be today if, as a teen, I had been aptly diagnosed with depression and given appropriate depression treatment? Would I still have suffered that major depressive episode in 2001, then 2003 and again in 2012?

Perhaps, if I live long enough to see my son through to his late forties, I can be a witness to how attention, intervention and treatment of mental illness at a young age has helped him avoid the sometimes severe, near suicidal depressive episodes I have suffered.

Rather than simply dismissing the moods of our tiresome teens as merely pubescent angst, we must take stock, measure the severity of the worst of these symptoms and know that they might be part of the growing spectrum of depression. We must speak out against stigma, educate and continue to proliferate as many support resources and materials about mental illness as we can.

Depression and The Very Real Threat of Suicide
Experiencing Depressive Episodes: Will It Ever End?
Dr Musli Ferati
June, 22 2013 at 9:08 pm

You are quite right, teenage depression exhibits many medico-social difficulties and misunderstandings as well.As others psychiatric entities, depression in teenage population consist of different psycho-patholologal signs and symptoms, which ones are non-specific for this mental disorders. In addition, depression may have got numerous somatic disorder, which ones mimic different physical diseases. On the other hand they are changeable,through short period of time. Beside these and others psychiatric characteristics of teenage depression, there are many overestimates on diagnostic criteria of teenage conduct disorders, which ones couldn't be any psychiatric entity, such is depression. However, it ought to undergone a comprehensive psychiatric evaluation to every longstanding conduct disorder to teenagers, in order to avoid the false negative diagnosis or/and false positive psychiatric find.