Learn to Say No to Gain Self-Respect 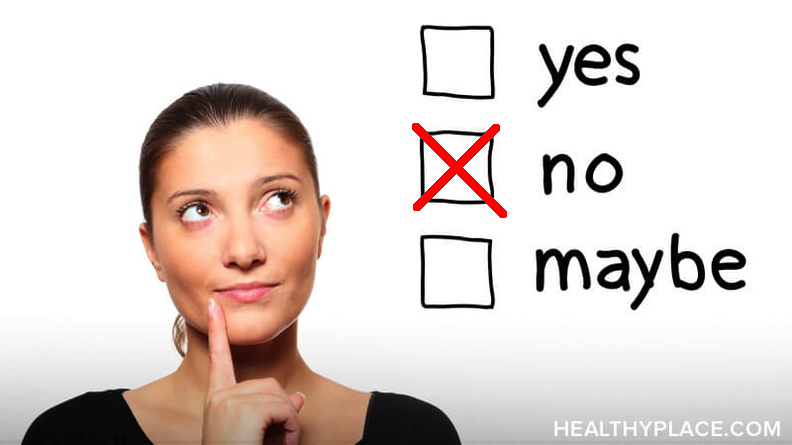 We must learn to say "no" because one of the ways that we lose self-respect is when we constantly say "yes" to people. We say yes even though we desperately want to say no. There are multiple reasons why we might do this. We might not want to seem rude. We might want to maintain our self-image as a people pleaser or as someone who is easy-going, agreeable, fun, and open to everything. But by saying yes all the time, we will inevitably act against your our desires and interests. By learning to say no instead, we can build self-esteem. Learning to say no can be a powerful way of respecting yourself.

When Learning to Say No Would Benefit You

There are undoubtedly times when it makes sense to say yes to something even if part of you really doesn’t want to do it. This would include fulfilling your duties and responsibilities, as well as making important compromises. However, I’m sure you can think of situations when you’ve said yes to something that is reasonable to decline. These scenarios might include:

The Power of Learning to Say No

Learning to say no can be an empowering experience. It’s a way of respecting your own interests and understanding your needs. You may worry that declining a request will seem rude or negative, or upset someone, especially if it’s a close friend or family member.

Realistically, though, if you’re doing something others want to do and you don’t want to be involved, then you’ll be company for them but you won’t be fully present. You’ll be thinking about leaving or what you’d prefer to be doing instead. If that’s the case, then your absent-mindedness, discontent, or irritation will show or you’ll suppress it and put on a happy face. Either way, the situation isn’t ideal for you or the person you’re with.

Saying no when it feels right allows others to be as they are while respecting your individual preferences and attitudes. When you have low self-esteem, you start to care less about yourself in this way. So practicing saying no can be one method for combating this lack of self-respect.

Courtesy When Learning to Say No

You might want to straight out just say no to someone and be done with it. But obviously, politeness and tact are still important when saying no to people. Luckily, there are some tactful ways of declining people’s requests or pressures. For example, when it comes to saying no to a night out, you could say something like, “No thanks, I’m alright,” “I’m not really feeling it, to be honest,” “I’d rather just have a quiet one tonight and relax,” or “I feel drained, so I’m just going to go home and recharge.”

And if you want to be direct and honest, then stay true to yourself. If your feeling is, "I really don't want to do that," then say it.

A lot of people have a hard time hearing no. They might feel rejected or perhaps judge you because you don’t fulfill their expectations or because you think, feel, and live differently than them. This, of course, is their baggage they have to deal with, not yours. Don't feel you have to explain yourself or justify your choices. By being firm in these situations, you can build your authenticity and start to feel a lot better about yourself.

Tags: learn to say no

Even it seems contradictory, the ability to say No indicates foundation way to strengthening personal identity and integrity, as well. By this model of interpersonal relationship we defend and improve self-esteem, as crucial step to both:global mental welfare and global life circumference. Beside this personal benefit the power to say No increase the importance and meaning of our personality in respective social environment. In this case I want to stress the unbelievable truth that: if we want to be a pleasant and useful person for others firstly we must care for our personal interests and priorities. In this manner, we shall become much stronger person, with solid self-confidence that is sure support for others. Otherwise, if we couldn't say the big NO in a loud voice, we would be a weak and inapt person, without any importance and advantage in concrete social milieu.

This was so inspiring, & helpful. I have bi-polar, & have often felt so much of what you wrote about. These suggestions to boost self-esteem are great. It's really painful to have little to no self esteem. I remember when I had no lack of self esteem at times in my life. Thanks for this encouraging piece.