Can We Really Prevent Most Suicides? 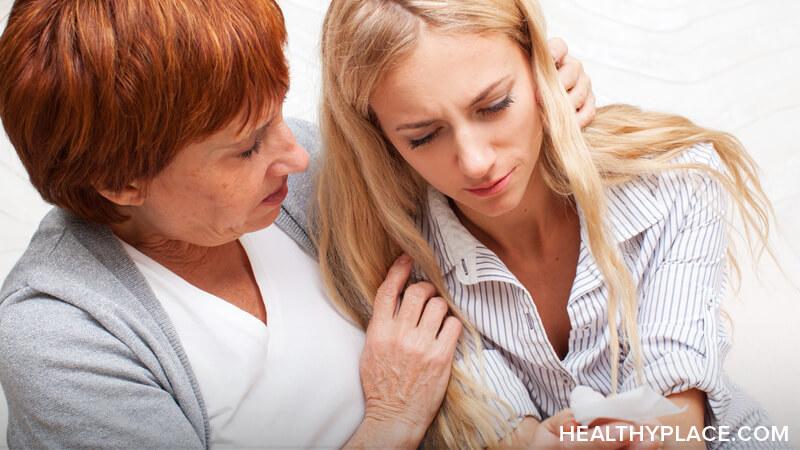 Today is World Suicide Prevention Day, and so the question arises: no matter what we do, can we prevent all suicides? I think even the most ardent suicide-prevention groups would admit that we can't prevent all suicides. There are many reasons for this, including the fact that people often decide to end their life mere moments before they do it,1 and it's hard to get to those people in those moments. Nonetheless, can we still chip away at the number of suicides? Can we really prevent most suicides?

I Believe Suicide Is Preventable

This opinion comes in opposition to the fact that I have actually attempted suicide. It's mostly down to luck that I'm here today. Clearly, suicide prevention strategies didn't work for me.

But that was 12 years ago, and we know more and do better with suicide prevention every year.

As important as knowing what does help prevent suicides is knowing what doesn't. Of course, not everyone agrees, but according to the 2021 paper "Improving Suicide Prevention Through Evidence-Based Strategies: A Systematic Review," there are things we do in suicide prevention that just don't work. These include:2

That's bad news for a person like me in the education arena. I suspect the reason the above methods aren't showing a decrease in suicide rates is because the effort is far too broad. If you see below, it's more targeted methods that seem to be effective.

What Does Prevent Suicide?

The same review found strategies that do lessen the number of suicides. These include:

As you can see, the methods that are working to reduce suicides target people who are already at high risk. This is actually good news because it means we can take our limited resources and use them more intelligently and to greater effect.

Can We Prevent Most Suicides?

Now we get back to the main question: can we really prevent most suicides? I think that we can. Heck, just reducing access to firearms to those who are high-risk gets us so much of the way there already. And when you combine that with appropriate education and appropriate treatment, yes, I think most suicides are preventable.

But there's one last element to consider: will. Do we have the will to follow through on what we know will save people's lives?

That's the tricky part. For example, limiting access to firearms is (to put it mildly) a contentious idea in the United States. In spite of the fact that reducing access to firearms could save tens of thousands of lives each year, I bet you anything; you could never convince the Powers That Be that it's the right move nationally.

Similarly, you have issues with people crying about educating high school students about things they don't like (no matter how much good it might do; see: sex education).

And then you have antipsychiatrists whining about drug prescriptions.

And those roadblocks are just off the top of my head. There are others as well.

So, can we prevent most suicides? Yes, I think so. Will we? No, I think not.

(As an aside, there is nothing that says this information can't be used locally -- say, in your household -- to make everyone safer. For example, get depressed people properly treated. Don't have a firearm in a household with a teenager. And make sure teens are educated by you about suicide and depression in case they don't get it at school. While we as a society are terrible at creating real social change, there is no reason why you can't start locally.)

I Can't Stop Crying
Should Every Adult Be Screened for Anxiety?